Just picture it. People have been quarantined in their houses for weeks. Loneliness, boredom, and restlessness settle in. No one can really connect with others except for telephone calls or video chat online. But, one church pastor got very creative. He brainstormed and came up with Family Game Night online using Facebook, YouTube, Zoom, and web-based programs designed to play fun games online.

Mike Hammer, pastor of Element Church of God in Altoona, Pennsylvania, used his background as a youth leader in his younger years to come up with a fun way to connect and bring community together during the pandemic. “We knew everybody was locked down in their own houses; nothing to enjoy outside of usual conversation,” said Hammer.

His team decided in March/April to start a Friday evening game night using a program called “Crowd Control Games,” a web program for playing parody versions of everyone’s favorite television games. They started out with Zoom, an online video chat that most people used as a way to do meetings and such with others, since going to the office wasn’t possible. Not many had even heard of Zoom before the pandemic. Now it has become a way to do game night with family and friends, as well as Sunday school classes. Most of the game nights were live on Facebook Watch. YouTube was a way the church and the local community could watch and enjoy the competition. 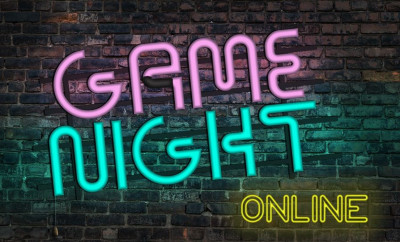 Hammer said there has been great response from the twelve weeks they were online. “At least 500 or so were watching.” Usually the games consisted of familiar twists on titles to games watched on television. “Jeopardy, Will of Fortune (parody name), Plinko, Pyramid. All with a slight change in name as to not get into trouble with the original shows and copyright,” he noted.

“Some of the players weren’t from our church at all,” stated Hammer. “They were guys we knew from the local community.” His father, aptly named ‘Papa John,’ also started playing. His quick wit and positive attitude made him a favorite game-player. There were even three local news anchors that joined in to play a couple of games. And, yes, there were gift cards to local places awarded, usually the choice of the winner.

A close friend of Hammer heard about the game nights and decided to adapt them for the seniors he served in a local facility. “Some had a hard time getting on the Internet but there were volunteers to help.”

“We wanted to bring joy and fun, as well as interaction among the people,” said Hammer. How did they get the word out during the pandemic to everyone? “We just shared the post on Facebook and asked everyone to share it. It had to be an organic thing, a fellowship of community.”

Families, like the Diberts, had a “blast.” Mike and Brandi shared that game night “gave us something to do and something to look forward to each week.” They knew COVID-19 shutdowns wouldn’t permit them to “go to church, which meant we wouldn’t be seeing our church family! So, when Pastor Mike suggested this, we thought it was a wonderful idea.” The games were “always new and fun; we couldn’t wait to play.” Pastor Mike’s idea helped the Dibert kids, too, get some “normalcy back in their routines.” This family is really thankful to have a pastor who “helped us, as a church, keep in touch during this difficult time.”

For now, the games have come to an end. However, Hammer has plans to continue this great outreach in the fall. If anyone is interested in doing something like what Element Church did, they have a YouTube channel with the actual videos of their fun Friday nights friendly competition. 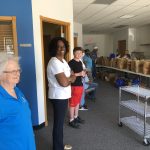 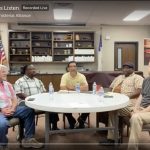