Church of God pastor Jerry Michaels, from Seattle, Washington, was leading a men’s discipleship group through text messages two years ago when he started wondering if there might be a better way. The format was frustrating for deep conversation and for referring back to previous discussions. And, Jerry was feeling like the content could be useful on a much larger scale for more people. One of the men suggested transitioning the discipleship conversation to a Facebook group. New posts could introduce smaller chunks of content, while leaving the conversations on previous content to grow and evolve as participants engaged together. So, the conversation moved to Facebook, and started to grow. Today, 250 people are involved in the Voyage Bible Study on Facebook, and they come from all over the world.

The group has grown some over the past few months, although Jerry doesn’t believe the pandemic has played much of a role. Some members of the group have home congregations where they are regularly engaging, while others may only be online at this point. The international make-up of the group means that people are engaging with the material throughout the day, so participants always have something new to consider and interact with.

Pastor Michaels’s passion for the study of the Bible, and specifically for Biblical prophecy, is evident as he speaks about the Facebook group. “Fulfilled Biblical prophecy is the strongest evidence for Christian faith,” he says. “It’s amazing to realize God/Jesus said these things would happen, in minute detail, and we can see where what they said happened. That strengthens our faith and helps us feel confident about the prophecies yet to be fulfilled.” 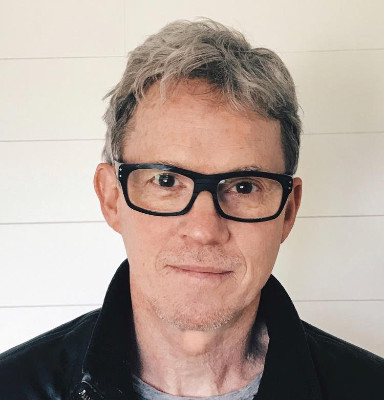 Jerry posts a passage of Scripture to the group, just a few verses at a time, and includes his commentary on the verses. He might pose a question to get the discussion going, and he sometimes calls on his regular participants, his “front-row folks,” to jump in and share what they notice about the passage. Discipleship components, like accountability and applying Scripture to daily life, are incorporated into the discussion. Jerry also posts teaching and encouragement about prayer. “Prayer is the hub of the Christian life, not study. The Bible is an invitation to relationship.”

The study group recently wrapped up an intense dive into the book of Revelation. They spent over a year working through the book, bit by bit, while also tying in relevant Old Testament passages. They intend to launch a study of Zechariah next. Pastor Michaels strives to keep a balance between engaging group members where they are in their faith and understanding of theology, while also encouraging new depth, insights, and growth. He will coach the group on principles for interpretation, rather than just hand them his interpretation. He says the group has come up with some fascinating, and possibly new, theories about some of the passages of Scripture they have explored together.

Jerry has found that many believers have never studied the prophetic books in depth, yet the prophet Isaiah says prophecy is the proof that God is God. His hope is that those who come to their study group will reach new levels of faith thanks to their time in God’s Word, specifically exploring God’s faithfulness through the study of prophecy.

Jaymie Dieterle is a freelance writer with a passion for books, reading, and life-long learning. She enjoys writing adult small group and Sunday school curriculum for Warner Christian Resources (formerly Warner Press). Jaymie and her family live in Anderson, Indiana, and they are actively involved at Madison Park Church of God. 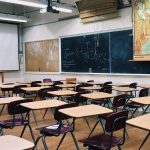 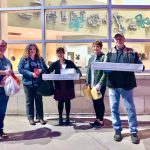