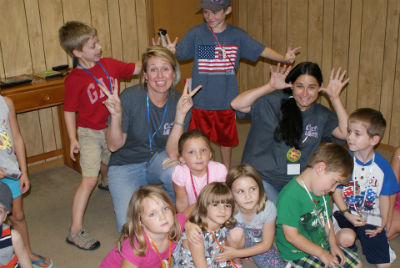 The forces of hell have stolen a lot from God’s church over the years. One is the notion that the work of the local church is the responsibility of the whole congregation, not just the pastor. Indeed, the job of ministry does not rest solely on the pastor’s shoulders! Over time, many churches have fallen prey to the lie that the pastor is charged with doing just about anything and everything for them—after all, he or she does get paid, right? Inevitably we’re left with a shepherd on the verge of burnout, and a congregation devoid of disciples. But one Oklahoma congregation, in particular, is doing it right. The pastors of First Church of God in Nowata have unleashed their laypeople to reclaim what hell has stolen in their community.

Over the past year, First Church of God has started an addiction recovery class, an outreach to female prisoners, and a grief support group—to name a few. Not one of these ministry initiatives was spearheaded by the senior pastor or the associate pastor. For some pastors, such a scenario is hard to imagine, but for Wendell Abbott and Jared Fields, it’s a refreshing reality. 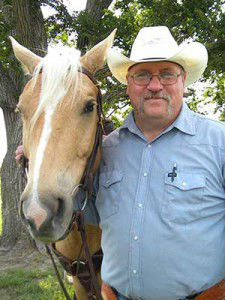 “It tells me that people are getting the message of what ministry is all about,” Wendell, the senior pastor explains. “The pastor’s true responsibility is to take care of the church family, be a pastor to them, teach them, and encourage them to go out and be the church. Often we see that people go to church, but aren’t so good at being the church.”

Pastor Wendell took the reins of leadership at Nowata First Church nearly seven years ago, and made it clear then that, if the flock was just looking for a chaplain, he wasn’t their guy. Wendell was called to shepherd and lead the flock with vision and purpose. The message from the pulpit on Sundays has always been that coming to church is intended to help prepare believers spiritually to go out and be the church 24-7 in the community.

“I think people were ready,” Wendell explains. “One of the very first things we did was put our name on water bottles and hand them out for free at all the major community events. People got to know us as the church that gives free water bottles away. Then we started giving away bread, too. In doing those things early on, it helped our church see how being active in the community has an effect on people. We’ve even had several people start coming to our church because we gave them water or bread.” 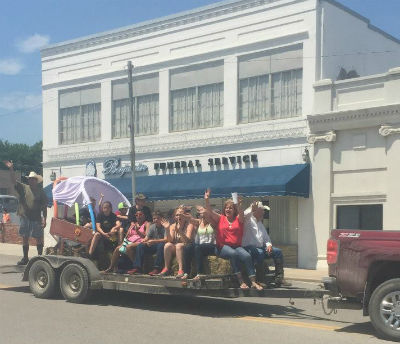 Empowerment is key. But laypeople not only need to know they’re called to serve, but they also have to feel free to bring their ideas and talents to the table. “Not that they can do just whatever they think of, but they understand that they, too, are a vital part of the body. They don’t just get shot down when they bring their idea. There’s a sense of freedom, though they understand it’s under the leadership of the church.” 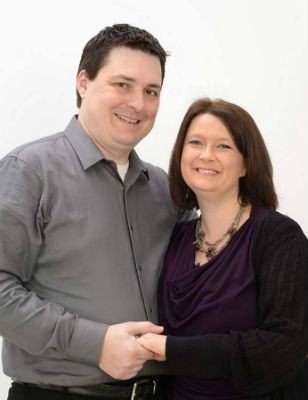 When one member presented the idea for a narcotics addiction group, it was encouraged because it coincided with the vision of the church. The same thing can be said of the ministry to female prisoners. For too long, the county jail only benefited from a ministry to male prisoners. Now this ministry meets practical needs through relationships and gifts like shampoo and conditioner, but also plants seeds of the gospel through Bible studies and prayer. The ministry is both powerful and potent, and it’s neither led by Pastor Wendell nor Pastor Jared.

“For me, it just shows that we are truly fulfilling the mission of the church, truly making disciples,” Jared, the associate pastor explains. “A lot of churches talk about getting saved and baptized but, a lot of times, that’s where the focus ends. We’re actually making disciples, and the proof is they are going out and being unleashed for ministry. It’s snowballing, and it’s pretty amazing.”

While it must be noted that none of this took place over night, the congregation-oriented approach of First Church of God seems to be having a positive effect. Certainly, there is no quick fix. But when Wendell came to the church seven years ago, he was thrilled to see 75 in attendance. Now Sunday mornings average between 225 and 250. And it’s not because the pastor is doing all the work. He’s simply casting the vision and doing what shepherds are called to do. Souls are being saved, addictions are being broken, and people are being set free to disciple others.

In Nowata, Oklahoma, across the United States, and around the world, God is on the move in the Church of God. Join the movement. Donate today at https://www.jesusisthesubject.org/join-movement/.