By chogministries
Posted June 12, 2021
In All Church of God, CHOG, Disaster Relief, Great Lakes
Ohio Church Finds Way to Live Out the Gospel in Disaster Relief2021-06-122021-06-11https://www.jesusisthesubject.org/wp-content/uploads/2016/07/ChogLogo-Light.svgChurch of God Ministrieshttps://www.jesusisthesubject.org/wp-content/uploads/2021/06/dayton_tornado_devastation_salemfile_adj.jpg200px200px

Not long ago, bitterly cold weather wreaked havoc across the state of Texas. Many jumped into action as quickly as possible to help this state survive and recover. One such church was Hopeland Church, a Church of God congregation in Dayton, Ohio. It might seem remarkable that one congregation in Ohio could spring to action so quickly to help the hurting in in another state, separated by a thousand miles, without much advance notice. But if you know anything about Hopeland Church, you know their readiness to serve is ingrained in their very culture.

Hopeland’s story of disaster recovery is unique in that they had recent experience filling such a role. According to Joel Burton, missions pastor of Hopeland Church, their response to Texas was essentially a two-year build-up. “We didn’t say, ‘Oh, let’s just send some supplies down to Texas,’ or ‘Let’s become the centerpiece of tornado relief in Dayton,’” he explains. “It just started with a city-wide cleanup.”

In April 2019, Pastor Burton and others from the two other ministries he leads (one of which unites 50 to 75 different churches), put their heads together to seek serving opportunities in the city of Dayton. They wanted to serve the city in a different way than they had in the past. They reached out to the city, which was initially quick to brush them off. “They [the city] said, ‘Well, we have 700 vacant properties that need to be cleaned up before we start cutting grass.’ So, they handed us a list of the properties.”

Pastor Burton and the others decided to take on the challenge. After four hours of hard work, they had:

This was done with roughly 2,500 volunteers, though only 1,500 were officially registered. It ended up being not only an impressive day but a historic day, as well, as it would become “Ohio’s largest cleanup in history.” This project, which they now call The Living City Project, is still active. 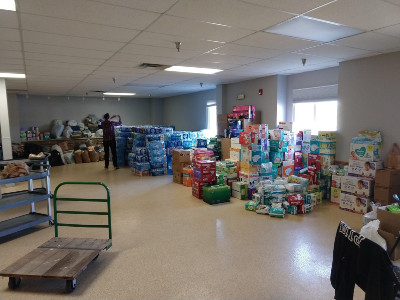 Donations poured in for disaster relief!

A month later, tornadoes devastated Ohio. According to Pastor Burton, the phone was immediately ringing from the city. All the big-name disaster relief programs came in, but Hopeland was able to respond six weeks ahead. Pastor Burton said, “We were able to facilitate, clean up, and logistically move people around the city because of what we had done the prior month. We cleaned up in record time.” Without intending to, they had become a disaster relief group with a lot of connections.

This brings us to the bitter cold spell that wreaked havoc in Texas. Pastor Burton said, “A lot of the products that came in during our tornado relief were from Texas.” He knew they had to respond and help. “They were so gracious to help us out, we’ve got connections down there, [so] let’s see what we can do.”

With their expansive list of connections and credibility in the community, it didn’t take long to respond. They sent four semi-trailers within a week to Texas. Along with that, they raised some money to send down there, too. Donations were sufficient to fund a couple of employees to be help Texas on a full-time basis. 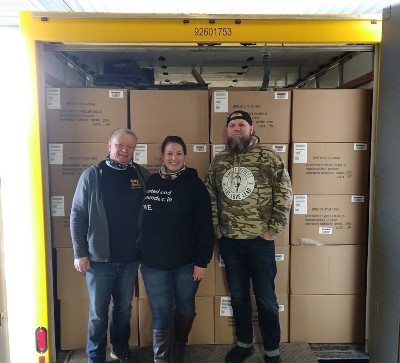 Their continued and flourishing ministry/disaster relief has inspired others. “There are several programs now that are stepping up and saying, ‘Look, if they (Hopeland) can do it, we can do it.’”

The impact is growing and powerful. People are being helped because others were willing to step up and see how God could use them. It’s something we all need to be reminded of. Pastor Burton said, “We didn’t set out to be a disaster relief, or even somebody who’s always cleaning up the city. But when we saw that there was a need and then we were able to not just fill it but exceed beyond it, we just said, ‘Well there’s clearly an anointing here that we just have to stay under and continue to utilize as long as the Lord would have it.’ So, that’s what we do.”

For more information about Hopeland Church, visit www.hopelandchurch.com. Learn about other Church of God disaster relief opportunities at www.jesusisthesubject.org/disaster-relief. 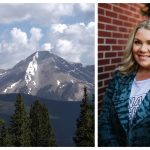 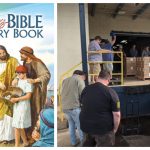