The former First Church of God, in Shelby, Ohio, has a great history. Many in the community recall enthusiastic basketball games at the church’s Upward program and Easter plays. At its peak, more than six hundred people called First Church of God their home church. And many souls came to Christ.

Fast forward to 2019. The church was facing a dire situation. Pastor Rita Bullock commented, “The church leadership told us they had about a year until they would have to close the doors. Only forty to fifty worshippers attended on a Sunday morning.” Pastor Rita, and her husband Pastor David Bullock, came to First Church of God in 2019.

They knew God had prepared them for this new venture to revitalize and relaunch a congregation. Rebranding is always a challenge, but one thing that came to mind in the process was years prior when they discussed how so many churches had the cross as their icon. But was it at the expense of the empty tomb? 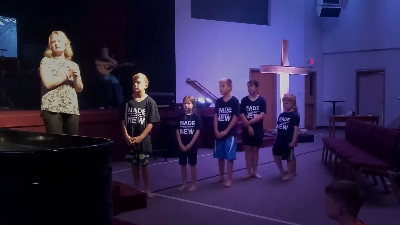 Baptism celebration at Awake Church.Pastor Rita said, “The reason we are the church is because Jesus didn’t stay dead, but walked out of the tomb on the third day.” A key verse they held onto was Isaiah 60:1:

Arise, shine, for your light has come, and the glory of the Lord rises upon you.” Isaiah 60:1 NIV

This is what God needed to do with First Church of God. God’s glory must be honored. His light needed to shine. And the church needed to awake again to the mission of Jesus.

As she got to know the people of Shelby, Pastor Rita had conversations with the unchurched. She observed that the church’s name confused some. “The city has been traditionally Baptist. Many didn’t know who the Church of God is and what we are about. I would occasionally get a comment about First Church of God, such as ‘Where is the Second Church of God?’”

After some observation and research, she began to cast a vision with the leadership team. After they were on board, she met with the congregation to cast the vision. She found that getting the congregation around the image of the empty tomb bore fruit. The story of Lazarus would be a key theme of the new mission of the congregation. They decided on the name, “Awake Church.” Once that was agreed upon, they set about creating a new logo and obtaining the web address, AwakeShelby.com.

The new logo has two, overlapping circles that represent the empty tomb. The message of resurrection and renewal struck a chord with the congregation. Pastor Rita emphasized, “If God wants the church to walk out of a tomb, he can do it! And it isn’t just for us, it is for the whole city. We want all churches to awake to what God is doing.”

In early 2020, the Bullocks and the church were ready to roll out the new name and direction. They mailed letters to the community businesses and other congregations explaining though the name was changing, Awake Church would still have the same commitment to the Church of God (Anderson, Indiana). Pastor Rita said, “We had a huge celebratory rollout for the congregation. Everything was ready to go for the community to be included with a major push to come to try out Awake Church…then COVID hit! I found myself saying to David, ‘Wow. That really would have been a great launch!’”

But God was working. Pastor David has a background in streaming and worship production. Within a week of in-person services being canceled, Awake Church was streaming live online. Pastor Rita commented, “Our congregation actually grew during COVID. But the best part was the twenty-five baptisms we have had in the last three years.” 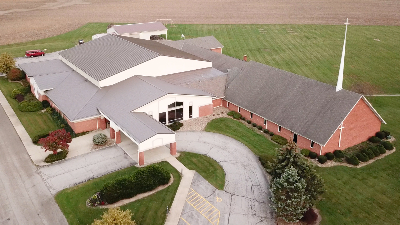 Bird’s-eye view of the church property.

The congregation and community have responded well to the rollout. They have embraced the new name and mission.

The biggest takeaway Pastor Rita has learned is to be in it for the long haul. “I tend to be an activator and push for results. I have even told God, ‘We have a lot riding on this.’ But I am learning to stick with it and be patient in the process.’”

Kevin Spear worked for Warner Christian Resources (formerly Warner Press) and has regularly contributed time and talent to the work of Church of God Ministries. He is a ministry partner with his wife Paula, a family ministry pastor at Catalyst Church, Pendleton, Indiana. 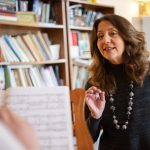 Musician’s Ministry Inspires Next Generation to Hit All the Right Notes in LifeAll Church of God, CHOG, Great Lakes 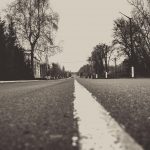