Ode to Joy: Sister Butler Reflects on Nearly a Century of Service in Movement

By chogministries
Posted June 3, 2021
In All Church of God, CHOG, Southeast
Ode to Joy: Sister Butler Reflects on Nearly a Century of Service in Movement2021-06-032021-06-03https://www.jesusisthesubject.org/wp-content/uploads/2016/07/ChogLogo-Light.svgChurch of God Ministrieshttps://www.jesusisthesubject.org/wp-content/uploads/2021/06/parade-watching-butler_adj.jpg200px200px

Members of First Church of God Ministries in Raleigh, North Carolina, truly think of Rosia De Laine Butler as the “mother of the church,” and for very good reason—many very good reasons, in fact. Pianist. Youth leader. Sunday School superintendent. Sunday School teacher. Chair of the board of Christian education. Adult Sunday school teacher. She has done it all during her more than ninety years as a member of First Church of God Ministries. In addition, she is revered for her almost-encyclopedic memory of the many hymns written in the first decades of the Church of God movement.

“My father taught music. We sang all the time,” Rosia said. “The church I grew up in didn’t have any instruments, so we sang a cappella all the time.” She says that church also had benches with no backs rather than pews, so there was no place to store books.

“Once someone got saved, the first thing they did was go buy a hymnal. And everybody would bring their hymnals to church,” Butler said. “We had (Wednesday) hymn service where we would teach each other the hymns.” 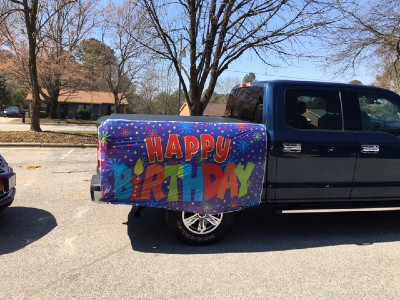 As Rosia’s 100th birthday approached, Pastor Henry Caldwell and the church’s trustees knew they had to celebrate this gem for her incredible service and dedication to serving God. The results were an online tribute filled with kind words of praise from state and national church leaders, a drive-by birthday parade along her street, and a proclamation created in her honor.

On the Sunday before Rosia’s 100th birthday, the church invited her to a Zoom meeting during which she heard kind words of appreciation from a surprising lineup of speakers: State Senator Dan Blue; Carolina Ministries coordinator Rev. Michael Claypool; Church of God Ministries general director Rev. Jim Lyon; Saint Augustine’s University president Dr. Everett Ward, who was a student taught by Rosia during her time as a high school educator in the 1940s; and many family members and friends.

“She typically doesn’t like to make a big to-do of things, but we made a big to-do of it. This woman had a huge influence on a whole lot of people,” said Rev. Henry Caldwell. “We were honoring her for church contributions, as a pillar of the church. …[S]uch a faithful servant, who has had such an impact.” The program, planned to last two hours, went well beyond that.

She’s not one to “toot her own horn,” Rev. Caldwell says, but Sister Butler probably heard a few horn blasts March 10 as an hourlong procession of well-wishers drove past her home while she enjoyed it from the comfort of a regal, high-backed chair in the shade of a canopy erected for her by friends. 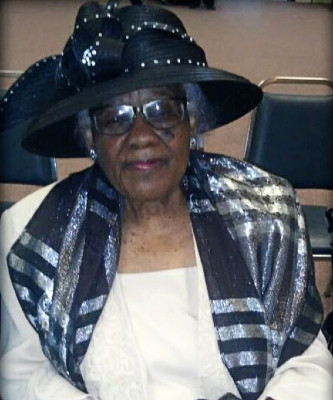 “I think the firemen started the parade,” Sister Butler said. “They came by and spoke to me.” Social distancing guidelines meant most visitors stayed in their cars and waved, some talking with Rosia from their vehicles.

“It was great to see so many people,” she said. “It was uplifting to me that so many thought to come by, and that I meant so much to them.”

Rosia said she also was glad to receive a congratulatory birthday letter from the US President and from US Representative Jim Clyburn, whose father, Enis Clyburn, had been her pastor in Sumter, South Carolina, during her high school years.

Sister Rosia Butler took it all in stride, with thanks and humility. “I thank the Lord he put so many good people in my life—children, parents, and others,” she said. “When somebody tells you that you said something that impressed them or made them think on their ways, that is good.” 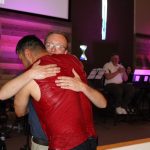 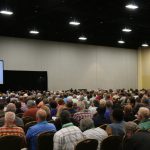 Opinion—Unity Can Be Our RealityAll Church of God, Central, CHOG, Op-ed