Not Just a Number: Victim Offers View from Post-Harvey Texas

By chogministries
Posted September 7, 2017
In All Church of God, Disaster Relief
Not Just a Number: Victim Offers View from Post-Harvey Texas2017-09-072017-09-07https://www.jesusisthesubject.org/wp-content/uploads/2016/07/ChogLogo-Light.svgChurch of God Ministrieshttps://www.jesusisthesubject.org/wp-content/uploads/2016/07/ChogLogo-Light.svg200px200px 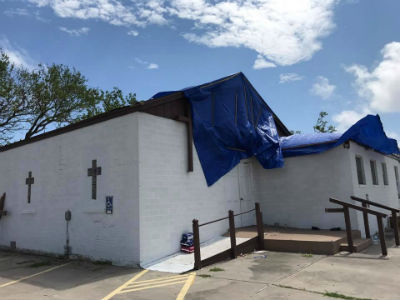 She’s been through hurricanes before; this was no ordinary hurricane. Before the Category 4 monster known as Harvey slammed the Texas coast near Rockport on August 25, Vera Predom knew a disaster could be on its way. Having lived in the same Rockport home for nearly thirty years, she’s had plenty of opportunity to observe hurricane behavior. When Hurricane Harvey made “the turn” near Corpus Christi, she realized Rockport was in danger. Little did she know her home would be totally destroyed. Now Vera offers the Church of God a view of post-Harvey Texas through the window a FEMA-designated shelter.

Much of what dominated headlines in the wake of Hurricane Harvey focused on flooding. Rockport was hit with widespread flooding, too, but it was severe wind that dealt the first blow. “This was the worst storm in the history of Rockport,” Vera explains. “Sustained winds were at 145 miles-per-hour, but they also think that about nine tornados touched down within the storm. All the leaves were stripped off the trees, many trees were twisted, and many large oaks were completely uprooted.”

After the mandatory evacuation notice was handed down, Vera left her home with her dog, but had to leave most of her belongings behind. Her first stop was a church campground, but when waters rose, she had to find another place. A hotel and a friend’s house were each suitable shelter for a time, but Vera wanted to be closer to her community. Her current shelter, a pet-friendly lodge, has since been named a FEMA shelter. The conditions are good, but not what she’s used to. 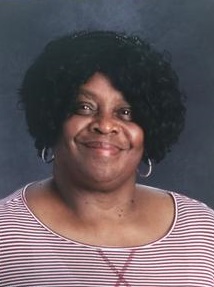 “We had no cell phone service for a while,” Vera continues. “We still have no electricity. Water service is limited to about five hours a day, so we have to use bottled water for cleaning, too. Schools have been destroyed, so we’re not sure when classes will resume.”

The schools are a special concern for Vera, and it’s no wonder. Vera is a school counselor for pre-K and elementary-aged children. While she doesn’t know what the school calendar will look like, she’s blessed that the shelter will allow her to stay until near the end of the month. After that, she’ll look for another stop on this crazy journey. Thankfully, she does have friends in the area and a support network through her church. But many like Vera have nowhere to go.

“I feel like if I didn’t have faith in God, I would really be devastated,” she reflects. “We’ve just come through a storm—a literal storm—but God was here and is still here with us. Sure, I’m crushed that I lost my material stuff. But it wasn’t really my home. This is all just temporary. It was just a waiting place.”

The churches of the community weren’t immune to Harvey’s onslaught. Vera reports that many of the churches, representing a variety of denominations, were destroyed. The entire side came off the building of a major Episcopalian congregation that had just finished construction. Vera’s own church—Rockport Church of God—suffered significant wind damage—damage which she reports is not covered by their insurance. 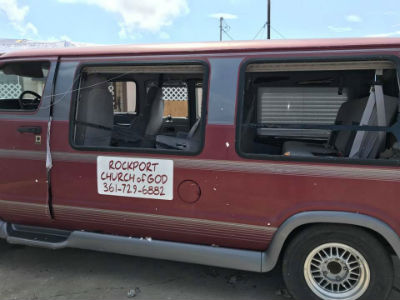 That’s why it’s so crucial that the Church of God does whatever we can. Each number represents a real need—a need that we can’t simply assume will met by someone else. Through your donation to Church of God Disaster Relief, people like Vera and churches like the Rockport congregation can receive the help they desperately need.

Donate today to Church of God Disaster Relief at give.jesusisthesubject.org/disasterrelief. Thank you.