It’s time to upgrade! The theme of this year’s International Youth Convention certainly beckons believers to take their walk with the Lord to the next level—to accept nothing less than all that God wants for our lives. Something new—something better—all starts with Jesus Christ, though, and North Point Worship absolutely owns that truth. While they “seek to create songs that inspire people to follow Jesus,” the experience of worshiping under their leadership is distinctly Christ-centered. It’s no wonder the Church of God movement is excited to welcome these Jesus people from North Point Ministries in Atlanta, Georgia, half-way across the country to San Antonio, Texas, for IYC2022.

In recent years, North Point Worship has garnered the attention and acclaim of industry leaders around the world. You may not be familiar with their name, but you’ve probably heard of the church. Led by longtime pastor Andy Stanley, the church’s influence has unquestionably spread far beyond teaching series, bestselling books, and measurable impact locally and globally. What began as the worship team for the high school ministry at North Point known as InsideOut, North Point Worship has exploded into an internationally recognized source of new songs and fresh takes on music-making for the glory of God.

Consider their major title sung in many Church of God congregations and across the denominational spectrum—“Death Was Arrested.” The singable melody with vivid, portrait-painting lyrics precisely presents the story of Jesus’ death and resurrection, offering a clear invitation to the singer to accept the new, resurrected life also available to humanity. In other words—upgrade!

But it’s another song, titled “Deliverer,” that really has the band excited in recent months. Lauren Anderson, Clay Finnesand, and Heath Balltzglier and of North Point Worship offer their perspective on why that may be.

“The words of that song came from a very real, raw, and broken place for me, and gave me something to cling to when I felt hopeless,” Lauren reflects. “I believe it does the same for others who feel they’re in an impossible circumstance, and it is a reminder that no matter what, God will see them through.” 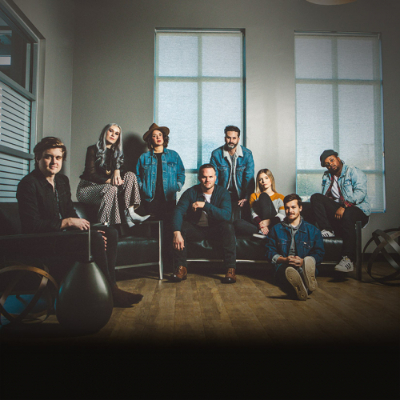 Clay agrees, and can’t help but consider the inspiration from God’s Word. “The narrative of Scripture paints an overwhelming picture that God is on the side of the outcast, the outnumbered, the stuck, the sick, and the burdened,” he explains. “While the world values success and perfection, God values rest and humility in his power, which is comforting and life-changing in these unprecedented times when we all need a little hope to get through.”

Heath adds that the song serves as a reminder that “no matter what season we are in, God is present and walking with us through all circumstances—that in outcomes we don’t understand, in the valley or on the mountaintop, God is making a way. He is and will always be our Deliverer.”

Today, Lauren, Clay, Heath, and the rest of the members of North Point Worship serve upwards of 42,000 people who attend the multi-campus spread of the Atlanta-based North Point Community Church. In addition to a slew of other original and cover songs, the band has become well-known for titles like “Abundantly More” and “Love Come Down.” By 2018, the band’s music had been streamed 57.6 million times worldwide on all platforms, making Spotify’s highly sought-after mainstream playlist, “New Music Friday.”

““While the band started out of the church’s student ministry, North Point’s worship team and the reach of its music has grown significantly over the years, extending not only to students, but also to a diverse, multicultural group of worshippers well-beyond our network of local churches. The new name, North Point Worship, like the music ministry and its resources, is meant to embrace the wider Christian community of believers.”

In view of their pursuit to resource the church in its beautiful diversity, North Point has committed to making their songs available in both English and Spanish. They’ve also committed to take time out of their busy schedule to lead worship at IYC2022 in San Antonio because they will always have a place in their hearts for the students they started out serving.

“Leading students is so special for me because it was in my early teens that I began to really form a deep relationship with God,” Lauren recalls. “So many other things are fighting for students’ affection, and I feel honored to have the chance to present them with the most worthy object of their attention: Jesus.”

Similarly, Clay recognizes the incredible value of leading students in worship and pointing them to the object of their worship, Jesus Christ. “I love the opportunity to lead students because they are uniquely positioned in their lives for discovery and passion,” he explains. “There’s so much in this world that competes to have a loud enough voice to be found in their hearts, but when the quiet and consistent voice of the love of God cuts through, I’ve watched lives change. Songs are simply a means to hear that voice, that drawing of the Holy Spirit, calling us to Jesus. To discover and following him passionately—now—is worth everything.”

Leading worship among students hits home for Heath. He concludes, “One of the reasons it is so special for me to lead students right now is the fact that I have a middle schooler and two high schoolers living in my home. I see their challenges and am watching firsthand what it’s like to be a teenager in the world we are living in. It was also when I was a teenager that my relationship with God became my own, and worship music specifically had a deep impact on me.” 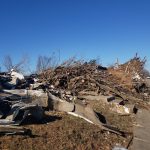 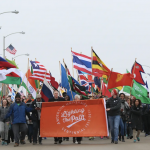