By chogministries
Posted October 31, 2013
In All Church of God
No Ordinary Haunted House2013-10-312013-10-31https://www.jesusisthesubject.org/wp-content/uploads/2016/07/ChogLogo-Light.svgChurch of God Ministrieshttps://www.jesusisthesubject.org/wp-content/uploads/2016/07/ChogLogo-Light.svg200px200px 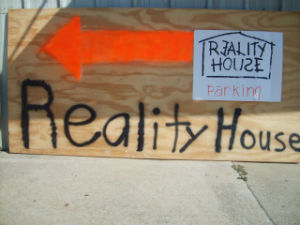 Whether the church likes it or not, each October 31 brings a holiday shrouded in controversy, if not in spider-webs and sticky candy residue. Some Christians decry the dark images and practices of Halloween, while others use the popular day as an opportunity to reach the culture where they are. In West Monroe, Louisiana, Liberty Grove Church of God has creatively captured the attention of the community with an outreach through which visitors confront something far more frightening than ghosts, goblins, and ghouls. Guests of this outreach come face to face with reality.

“Around Halloween each year many people will go to a haunted house or ‘scary acres’ that depict outlandish scenes, ranging from ghosts and goblins howling at you to hockey-mask-wearing, machete-toting maniacs running after you,” Ray Jones, senior pastor, explains. But for more than a decade, the church he pastors has offered an alternative to the Headless Horsemen Hotel and Warlock Woods.

“Our first Reality House was done in the late nineties in conjunction with a district youth rally held at Liberty Grove. Several decisions for Christ were made and we were excited!” The Reality House, an experience that takes visitors just thirty minutes to explore, presents the reality that the decisions we make in life do have consequences. For the numerous souls that have made decisions for Christ since the early days of this outreach, this truth about our choices has been a realization of hope. Students and adults alike have witnessed the amazing grace of a God who saves—from sin, from a meaningless life on earth, and from an eternity separated from that love. 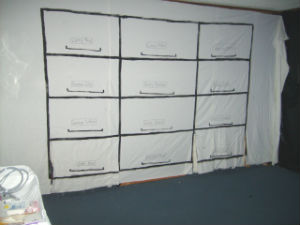 Larry Roy, associate pastor and youth pastor at Liberty Grove, has been working on this project since coming on staff in 2001. He explains the motivation for the Reality House: “We have a heaven scene that contains dialogue from Christ explaining that he wishes everyone to have a relationship with him. People need to know and be plainly shown that their choices, whether wise or poor, lead in very real and eternally significant directions, ultimately being heaven or hell. I believe that participants find the Reality House informative and refreshing because it constantly and consistently shows the no-holds-barred fact that personal accountability is the key to recognizing, facing, and ultimately repenting of poor choices (sin) by turning to the only one who can save us from our transgressions.”

Roy’s conviction comes from a heart for the world to know the truth—that a partial truth is actually a disservice to those we’re trying to reach. “It is dangerous to speak only of God’s love and kindness…It mistakenly paints God as a pushover and someone who can be talked into conceding a verdict of hell for those condemned…God is love, but he is also just in his love for us.”

Visitors enter the Reality House to find a scene that depicts a culturally relevant activity or environment, such as the local bar, a party, or a dysfunctional family’s living room. Throughout the house, guests walk through depictions of choices and consequences. At the end of the experience, visitors are given the chance to learn more about accepting Christ, indicate they’re already a Christ-follower, or indicate they’re not ready to make a decision. Liberty Grove Church of God then follows up with churches and pastors of the participants for prayer and counsel.