By chogministries
Posted March 16, 2017
In All Church of God, Global Strategy
New Ministry Reaches Refugees in Paris2017-03-162017-03-16https://www.jesusisthesubject.org/wp-content/uploads/2016/07/ChogLogo-Light.svgChurch of God Ministrieshttps://www.jesusisthesubject.org/wp-content/uploads/2016/07/ChogLogo-Light.svg200px200px 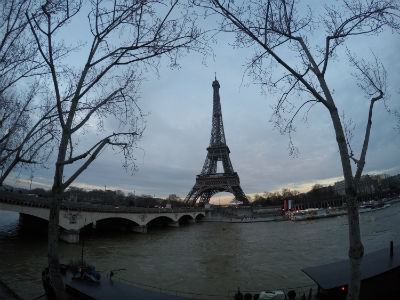 This February we visited Paris to see the new work that has been established. Our Three World Leadership Network (3WLN) leader, Samir Salibi (Paris Church of God), has launched a new ministry and church called @home. This amazing new ministry is both a community of faith and a network of Christian refugee assistance. The faith community is in the process of becoming an officially recognized church and comprises people deeply committed to doing ministry to the refugees populating Paris, other parts of France, Greece, and elsewhere in Europe. Already they have been actively involved in Greece, which is a significant refugee entry point for Europe. Energetic young people and new converts enjoy being involved in a church that has such an active, missional DNA.

The impact that @home is having has been swift and dramatic. What began as an outreach to youth and children of immigrants has snowballed into a large ministry that shares the gospel, has a club for kids, has regular evangelism meetings for refugees, gives out charity, and helps the refugees learn French in order to better integrate into their new country. We enjoyed meeting the refugees and hearing their dramatic stories of survival. We passed out food and clothes on a street in Paris where many of them have been living under a bridge.

Three hundred refugees arrive in Paris daily. This has been overwhelming for the city and for the very few evangelical churches that exist in Paris. Less than a year ago, @home’s work was noticed by Christian groups and churches. Their holistic and organized approach to meeting the needs of the refugees was noted, and Samir quickly became the go-to person for the entire Christian community in Paris. In less than a year, churches of many ethnicities have become part of @home’s network. Christians who have lived and ministered in France for decades say they have never seen anything like it. Not only is the level of cooperation between the French churches helping many refugees and bringing conversions, but it is serving as a wonderful uniting and purifying moment for the Christian community in France. 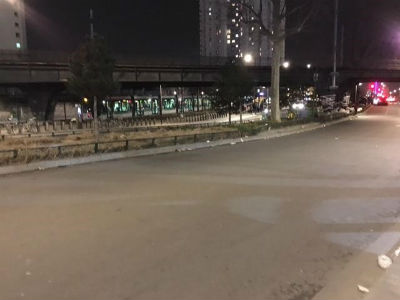 Photo: Street in Paris where many refugees have lived under a bridge.

Refugees who are served are quickly connected to Christian introductory services and then faith communities. The goal is that many will attend these services and that the discipleship that follows will result in churches. Attendance is very good, as the refugees are hungry for Jesus. Some have even had dreams of Jesus on their journeys. One refugee we met saw their boat enter into a dangerous storm, but everyone called on the name of Jesus and were saved. That refugee is now on a quest to find out who this Jesus is that he owes his life to!

Every week, more refugees are showing up and wanting to know about Jesus. And every week more and more organizations from throughout France and now Europe contact @home to be a part of this Christian movement of servanthood. The greatest need now is for CHOG @home to find a space to rent where they can have their classes, introductory evangelism services for refugees, and for @home’s church. We are thrilled by what God is doing in the Paris Church of God and are excited that our network of Church of God countries responding to the refugee crisis is continuing to grow and cooperate together.

Contributions to the refugee work in Paris and to the establishment of @home can be sent to Project 42.30501.

YOU can be a part of what God is doing in the Paris. Mail your donation to Church of God Ministries, PO Box 2420, Anderson, IN 46018. Be sure to write Project 42.30501 on the memo line. Patrick and Jamie Nachtigall serve as regional coordinators for Global Strategy in Europe and the Middle East. Learn more about Global Strategy at www.chogglobal.org.