On July 1, 2022, Rev. Dr. Esther Cottrell officially began her term as chair of the General Assembly of the Church of God. Receiving the baton of leadership from her predecessor, Bishop Timothy Clarke, Cottrell assumes the position following on the heels of an intentional year of transition as chair-elect. In this new season she’s embraced, Cottrell looks forward to what the Lord will accomplish in and through the General Assembly, even as she maintains her role as state pastor and director of ministries for the Church of God Ohio. Recently she took some time to reflect on the Church of God, including what she sees as the strengths and opportunities of the movement in the months ahead.

When Esther Cottrell first learned of the possibility that she could be next in line after Bishop Clarke, she was both humbled and honored. Though her initial reaction included a definite sense of uncertainty, it also gave her pause to pray and listen for the confirmation of the Holy Spirit. “Do I have something to offer if the church so chooses to call me to this?” she asked. Fast forward to the General Assembly meeting convened in 2021 in Denver, Colorado, when the Lord’s answer to her question was apparently, and absolutely, yes!

“I appreciate that the leadership is trying to pass the baton well,” Cottrell explains. “I really value following in the footsteps of Timothy Clarke and his leadership. Those are big shoes to fill. He’s such a powerful leader in our Movement, and I’ve learned a lot simply watching him in action.”

Walking alongside the outgoing General Assembly chair for a year contributes to a smooth handoff, as Esther Cottrell has observed firsthand. Protocols and logistical functions weren’t the only observations she made, however; the presiding preferences of her predecessor, for instance, were noteworthy—and reproducible—elements of leadership. “He always wanted to start each session of the Ministries Council with a time of worship and praise,” Cottrell recounts. “It’s so important for the Council to remember we’re about the Father’s business. I also saw that Bishop Clarke was all about collaboration. He assigned teams to carry out the work so no one person was carrying the load alone. I want to continue that.”

Esther Cottrell describes herself as a daughter of the church. The PK’s background in church life created an atmosphere conducive to spiritual and relational growth through her life that revolved around the Church of God movement. The Church of God is her family. But she rejoices in the message of unity that resonates within and beyond the walls of its congregations, calling preacher and person-in-the-pew to link arms with others in the wider body of Christ for the purposes of Christ. “I’ve had a lot of ecumenical experiences in my ministry,” she explains. “I’m thankful for those. I’ve always believed that part of our message in the Church of God is to be uniters. We can’t do that if we’re isolated from one another.”

The embrace of women in ministry is another aspect of the Church of God that Esther Cottrell appreciates deeply, as is the “nimble structure” that opens the doors for the church to live out “servant leadership” instead of conforming to expectations inextricable to hierarchical structures. “The Church of God message,” she asserts, “is that all persons are called and gifted, and we honor the call and the gift the Spirit gives.”

Esther Cottrell also looks forward to working more closely with Jim Lyon, general director of Church of God Ministries. She has applauded his emphasis on connecting with young leaders and developing leaders for the coming generation. When she considers the diversity of the Ministries Council and the staff of Church of God Ministries, she also affirms Jim as the major change agent behind such welcome reality.

Praying for the present and future of the Church of God movement, Rev. Dr. Esther Cottrell asks God to bless the pastors and lay leaders with strength, wisdom, and courage to lead well. She quotes the Book of Esther in suggesting that God placed us here “for such a time as this.” May the Church of God “live into that call.”

In their precious spare time, Esther Cottrell and her husband Chris enjoy spending time with their grandchildren, as well as national and international travel.

Learn more about the Church of God movement, including its structure, at www.JesusIsTheSubject.org. 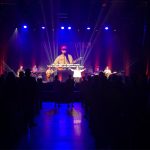 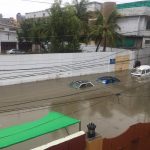