Daniel O. Teasley was a prominent figure within the Church of God in the early days. He wrote over a dozen books, almost 140 hymns (which congregations still sing today), and close to 100 articles for the Gospel Trumpet. He served as general manager of the Gospel Trumpet Company and served on their board for several years as chairman. Teasley traveled extensively to preach and helped found the Missionary Board of the Church of God. In 1919, however, some indiscretions came to light, and he left the Church of God. By 1921, many folks were asking, “What happened to D. Otis Teasley?” The response was, “We don’t know. He just disappeared.”

David L. Neidert, author of I Am The Lord’s, a book about the research he’s done on the life of Daniel O. Teasley, delves into what happened. “[Teasley] disappeared around 1921 and, by all accounts written down, no one knew what happened to him,” said Neidert. 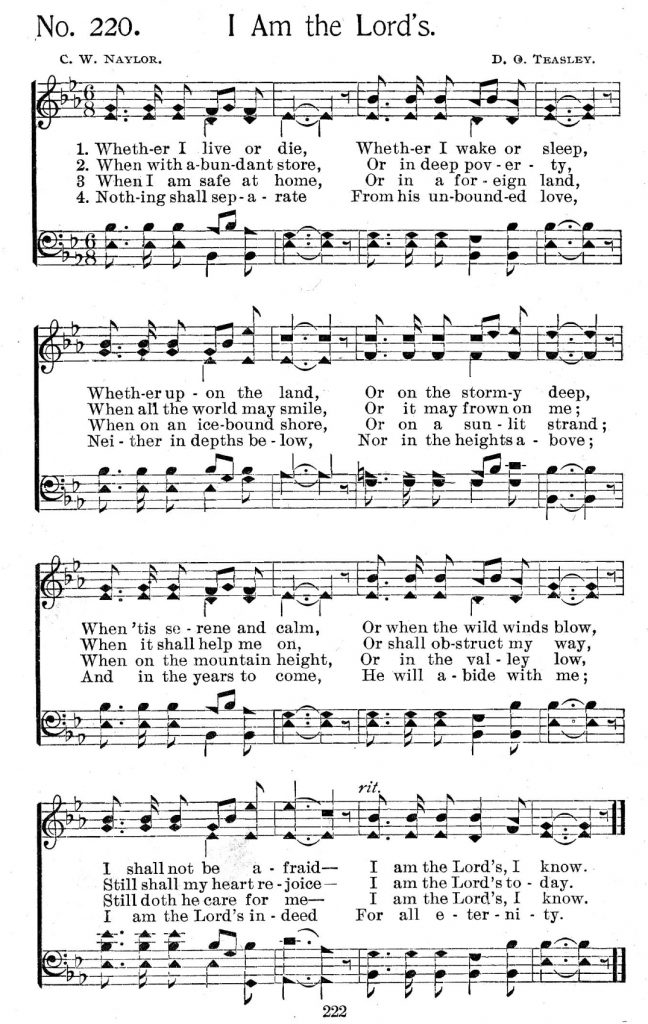 Neidert’s extensive research into Daniel O. Teasley’s life started in 1983 while a graduate student. Since then, he has spent countless hours reading everything pertaining to Teasley’s life in letters, books, and the like. The biography shares Teasley’s impact on the Holiness movement as an author, hymn writer, editor, administrator, inventor, and more.

“I researched him intensely for years,” said Neidert. “I used almost all primary documents, meaning personal letters from him and to him, Census records, city directories, Gospel Trumpet articles, newspaper articles, and the board minutes of the Church of God and the Gospel Trumpet.”

Neidert spent many hours at the Church of God archives, reading microfilm, and also traveled to Teasley’s place of birth and combed through genealogy records in Illinois. “I also talked to two living family members who helped guide my research,” he said.

One of the big reasons Teasley’s life makes a story worth sharing, Neidert points out is that “we always talk about E. E. Byrum, F. G. Smith, H. M. Riggle, A. L. Byers, Barney Warren, and others. However, Teasley was a central figure for the Church of God and the Gospel Trumpet from 1903 to 1919.”

Teasley began his preaching in Missouri in 1896 (at about twenty years old) and, within a few years, was a major figure for the church, according to Neidert. He was an organizational architect for the reformation movement, but he isn’t known for that. 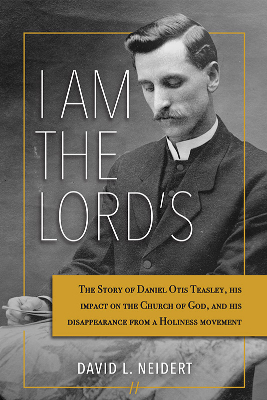 “He is known because he disappeared.” And that isn’t a legacy that should be allowed to continue, stressed Neidert, because Teasley was a core figure for the development of the Church of God for nearly twenty-five years.

Eventually, Teasley would move on from the Church of God movement, for personal reasons, and work in a different capacity. In 1920, he moved to California and worked for a dry goods catalog company, then moved on to own a construction company, and eventually a chain of grocery stores in Colorado. He even invented the hydrating case in 1931 to help keep fresh produce from going bad in the stores.

Daniel Otis Teasley’s legacy will certainly carry on through those who sings his hymns or read his thoughts in articles and books, but Neidert’s new book will add clarity to that legacy.

“I hope readers will see the Church of God in a new light, see how Teasley influenced it, and come to understand its history with all of its flaws and successes,” said Neidert. “I hope they will learn and see Teasley’s influence and understand the church with a thorough and honest attempt to tell a not-always-perfect story.”

Order the book from Warner Christian Resources today at https://www.warnerpress.org/9781684343546i-am-the-lords.html. Learn more about the Church of God movement at www.JesusIsTheSubject.org. 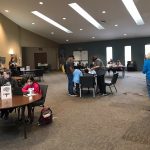 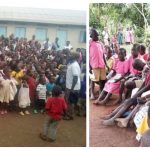