My Thoughts on CHOG Convention 2015 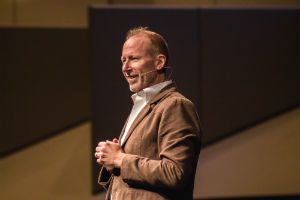 “What was your favorite part of the Convention?” I asked the young guy in the weight room at the YMCA in Anderson yesterday. I had seen him in Oklahoma City last week and wondered what he made of it. Without hesitation, he said, “Sheila Walsh.” “How so?” “Her testimony, her delivery, her message reached me. Deep. So powerful.” I agreed that Sheila’s teaching was anointed.

But then, so was the teaching of all those who stood on the Crossings stage during Be Bold 2015. The music? Unforgettable. The story told of a young child at The Shelter in India who grew to become one of the country’s most influential businesswomen, for Christ—and then to see her walk onto the platform, in person? Breathtaking. Wednesday night’s service (with Francis Chan at the point) likely set a new record for participation in a single session of any Church of God Convention in living memory. With nearly 3,000 in the house and a minimum of 7,522 watching simultaneously online, the reach was startling (the global online audience was likely significantly more).

But it’s not the numbers so much as the Spirit that impresses. There was a kind of electric presence of the Spirit in every session. A sense of expectancy, worship, humbling, empowering, moving in the room, always. Folks moving forward to bow before God in prayer, even before an invitation was given. A sweep of voices spontaneously joining in song as a service progressed. Moments when the room was so still you could only hear the breath of God. Seriously. Even the General Assembly (sometimes remembered for tension and attitude with an edge) proved to be an experience in worship and spiritual growth, even as it acted on some of the most substantive propositions in years.

Hell has stolen much from this world; it has robbed life and sought to extinguish the Light. But, “the light shines in the darkness, and the darkness can never extinguish it.” (John 1:5 NLT). Be Bold: Reclaim. That was our ambition, and by the feedback pouring in, that has been the outcome.

Thanks to all who had a hand in making the Church of God Convention this year a channel for the supernatural presence of God; thanks to the Crossings Church family for, once again, opening their doors to us; thanks to all those who made the journey to be a part—and those who tuned in from afar. Thanks be to God. Be encouraged. Jesus is the subject. And, He is clothing the Church of God.