When Pastor Gary Underwood saw the video of George Floyd’s killing in May, he knew he needed to meet his friend and fellow Muskogee, Oklahoma, pastor, Rev. Rodger Cutler. They had discussed racial issues before. Underwood knew this latest event called for dialogue.

“I just wanted to have an organic conversation and trust the Holy Spirit to guide us,” said Underwood. What began as a discussion between the two pastors grew into a dialogue with the other members of the Muskogee Ministerial Alliance (MMA).

Underwood has been the senior pastor at Eastside Community Church in Muskogee since 2011. When he arrived in town, he embraced the ecumenical ministry of MMA. He said, “I jumped into the Alliance and eventually served as the organization’s president and vice president.” Though he has transitioned out of an elected position, he remains an active member.

Underwood believes Muskogee avoided the larger protests of other cities because of a police shooting the city experienced a couple of years ago. As president of the MMA, he invited the then-police chief along with other pastors to help build a bridge with the police and the African-American community. He also took part in a unity march with the NAACP. In addition, the city’s white chief of police spoke at the march as a guest speaker. “It became a multi-racial, reconciliation experience,” said Underwood.

Cutler and Underwood found their dialogue so meaningful, they called MMA’s current president, Pastor Ron Venters. Together, they agreed to bring other pastors into the conversation.

As the members discussed the current events and challenges, they felt this was something that should be shared through a Facebook Live video. Venters moderated the discussion that included Underwood and Cutler.

The video has been well-received. As of June 27, 2020, it has had over 4,000 views. Both black and white viewers have commented on how this was a meaningful conversation for them. Underwood hopes to continue the dialogue. He hopes it may spur others and engage in one-on-one discussions with multi-racial groups.

Underwood attributes 2 Corinthians 5 as motivation for his involvement with racial reconciliation.

All this is from God, who reconciled us to himself through Christ and gave us the ministry of reconciliation: that God was reconciling the world to himself in Christ, not counting people’s sins against them. And he has committed to us the message of reconciliation.” —2 Corinthians 5:18–19 NIV

He advises anyone who wants to pursue racial reconciliation to do the following:

● Don’t be afraid to have conversations with different races and cultures.
● Ask God to lead you to strategic relationships.
● In order to listen, be humble, and have empathy.

Underwood emphasizes that loving your neighbor really is about reconciliation. Since God reconciled us to himself through Christ, we are all called to reconcile ourselves to others, even if they don’t share our skin color, culture, or political views.

Kevin Spear has worked for Warner Press and has regularly contributed time and talent to the work of Church of God Ministries. He is a ministry partner with his wife Paula, who is an ordained minister in the Church of God. 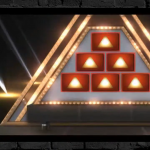 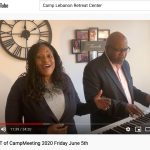