By chogministries
Posted July 7, 2017
In All Church of God, Central, Home Missions
Multicultural and Countercultural: Native American Ministry in Nebraska2017-07-072017-07-07https://www.jesusisthesubject.org/wp-content/uploads/2016/07/ChogLogo-Light.svgChurch of God Ministrieshttps://www.jesusisthesubject.org/wp-content/uploads/2016/07/ChogLogo-Light.svg200px200px 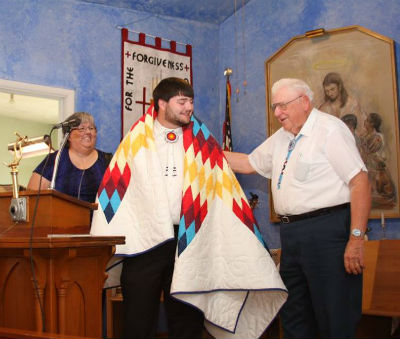 The other side of the railroad tracks. That’s where, at the close of World War II, the Native Americans of Alliance, Nebraska, were required to live. A few years earlier, in 1942, extra hands were needed at the Alliance air base. The Army recruited Native Americans as civilian workers for the duration of the war. But eight Native American families remained in town after the war ended, segregated to a four-by-four block section on the south side. Even then, the Church of God took steps that were counter to the culture. Instead of remaining segregated, land was purchased in the heart of the Native American neighborhood to build the Indian Mission Church of God. It was 1952, and the pioneers of Church of God Native American Ministries were unwilling to stay separate from a people that needed the love and saving grace of the Lord Jesus Christ.

Don and Pat Mink have had a rich history of Native American ministry, spanning nearly half a century. He serves alongside Linda Abold as co-pastor of Indian Mission Church of God, but now rejoices over the empowerment of new leadership God has provided. Jonathan Ervin, whose commissioning for Church of God Home Missions was celebrated at CHOG Convention 2017, couldn’t be more excited to shine the light of Christ in an area primed for the gospel. His purpose is the message of Christ; his heart is with Native American Ministries. Now he offers the Movement a glimpse into the world of Home Missions in an area that poses many of the same challenges as international missions.

Alliance, Nebraska, is only about one-and-a-half hours south of the Pine Ridge Reservation, but the town of about 9,000 in total is still home to about 500 Native Americans. Poverty and homelessness are societal epidemics that the government can’t address alone. The church must be the hands and feet of Christ. Over the past winter, the number of homeless individuals with whom Indian Mission Church of God worked topped thirty. As access to vehicles is limited amid such poverty, the church often provides transportation to individuals for work, school, and medical appointments. But as bad as the physical need is, the spiritual need is even greater. 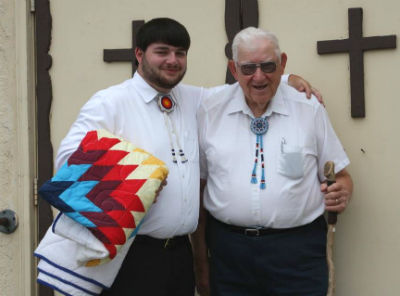 “If you look at the Native American culture here, it’s very polytheistic,” Jonathan explains. “If you immediately start preaching Jesus is the only way, you’ll turn people away.”

But building relationships through acts of love have built bridges for the gospel. Often Jonathan finds the opportunity to share the reason for the hope he has while transporting someone from one place to another. He’s also found opportunity to reach young people, as the youth group was just launched in February. Since then, two of their teens have accepted Christ! But accepting Christ isn’t the end of their spiritual journey. “After conversion, the need for continued teaching and discipleship is still present,” Jonathan explains.

Jonathan’s love for Native American ministry dates back to his formative years at First Church of God in Greeneville, Tennessee. His aunt, Anita Miller, was the youth pastor, and developed a friendship with Don and Pat Mink. Her initial internship with them would one day influence young Jonathan down his present path. While youth pastor, Anita hosted home mission trips and, of course, Jonathan was drawn in by the immense need. After having received a call to ministry, it wasn’t but a few years before he knew Alliance would be his new home.

“I’ve always had a fascination with Native American culture,” Jonathan reflects. “Then there’s the poverty and the situations people live in. When you think poverty, you often think of places like Haiti. You don’t always think it’s here in our country, but it’s here.”

Combine such a strong interest with compassion and a longing to see souls saved, and you have a young man whose fit in Alliance is just right. Combine this young man with the prayerful and financial support of people like you, and you’ve got an unstoppable kingdom force in a place that’s ripe for spiritual harvest.

Perhaps you’d like to sow a seed. Maybe you’d like to learn more about Jonathan Ervin and Native American Ministries in Alliance, Nebraska. Online giving and details are available at https://www.jesusisthesubject.org/native-american-ministries/. Or you can mail your donation to Church of God Ministries, PO Box 2420, Anderson, IN 46018. Be sure to write Project 43.54363 on the memo line. Thank you!