Pastor Joan Hart didn’t begin her working life at the pulpit. Rather, she spent twenty-two years as a legal secretary. “I had always felt a call to the ministry [though],” said Pastor Hart.

She spent her first years in ministry helping with teaching and music ministry. But in 1986, she was ordained. Following her ordination, she felt called to Farmington, Missouri, to be a senior pastor for a Church of God congregation. It was there that she would spend the next twelve years.

“I was the first woman pastor to serve on the state credentials committee of the Church of God in Missouri,” she said.

Pastor Hart recalls that first day in November. There was much excitement as they gathered with friends and family at the Oakland Heritage Church of God for their first service. Their new church, formerly the Oakland Moravian Methodist Church, was one of the oldest church buildings in the county, which had been in constant use as a church since it was built by Jacob Blickensderfer and his sons in 1887.

The building had a rich history, as it was built to be a Moravian church because Jacob Blickensderfer considered it a high priority. The church was dedicated on October 19, 1889. “This was 110 years to the day before I received the telephone call from a Lebanon attorney that the church was being deeded over to the not-for-profit corporation we had established with the State of Missouri.”

The building had served as a Moravian church and a Methodist church. Under the leadership of Pastor Hart, it would now be the Oakland Heritage Church of God. 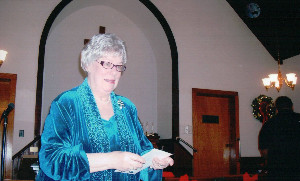 As her health declined, Pastor Hart would have to step away from Oakland, but she knew that God wasn’t done with her yet. It wasn’t long after moving back to Lebanon, Missouri, and resting, that she began to miss preaching. She and her husband, Milan, were praying about how God would use them.

“I was approached by a woman I barely knew who told me she knew of a Methodist church out in the county who had disbanded due to a lack of interest and the remaining board members were looking for somebody to establish a congregation there.” Here was God’s answer! Or was it?

They approached the board members about establishing a Church of God congregation there. Their suggestion was met with interest; however, they had already promised the building to a Christian Science group.

“The idea of it made me sick,” she said. “The group wanted to use the building for the youth they brought to Missouri in the summers. However, they still didn’t have the money to buy the eighty acres that surrounded the church. All we wanted was the church and the acre it sat on, and [they] were not asking any money for that.”

Their hearts were heavy, but they did not give up. They had already found a small congregation of people who were ready to go, and they spent three months in prayer over the building, even walking around the building and laying hands on it.

Finally, the phone rang! “It was the attorney who was handling things for the church board. He said the Christian Science group could not come up with the money, and asked if we still wanted the church!”

Their first service was held just two weeks later. After sitting empty for six months, God’s people were meeting in it again.

God calls us, and God equips us, but he also chooses when and where we go. Pastor Joan Hart’s story is a beautiful reminder that our God is faithful. We simply need to listen and obey. 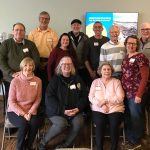 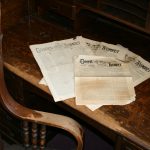