Marcus Archer, pastor of the Crosspoint Church in Natchez, Mississippi, clearly understands his giftedness and his mission. As a pastor, he seeks to train people to do the work of the ministry, but he wisely knows that as a Christian God has called him (like all others in the body of Christ) to be missional and seek to build God’s kingdom. He strategically teaches his flock to “redeem your circle,” that is to determine your sphere of influence and take them the gospel. It does not stop there, for he challenges people to think beyond their areas, and even globally. The methodology might alter a bit, but the theology is the same—reach the world of every tribe and nation with the message that Jesus saves.

Fortunately for the rest of us, we do not need to be as winsome as Pastor Marcus to get the job done, but we do have to get the job done. Archer keeps a mindful eye on his task of explaining the work of Christ on the cross to all with whom he contacts. It might take him next door, across town, to another state, or even around the world to…let’s say India, Japan, or the Philippines. He has been to all three and more.

You might immediately think in terms of all the missions efforts that you know, but Pastor Archer is always ready to consider what God is doing and how he can join an effort, even if it is a little nontraditional or somewhat unique. 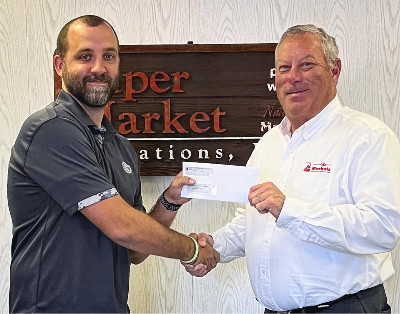 Acceptance of a grocer’s donation to the Stewpot: Marcus Archer (left) and Barry Loy (right).

One of the key leaders in his church who is over the children’s ministry is Kelley Gay. She started volunteering at a community feeding organization called “The Stewpot.” It was started thirty-seven years ago by three local churches: Catholic, Episcopal, and United Methodist on Christmas Day of 1984. It has a simple mission: to feed people and provide interfaith service opportunities for the community. With a small inside dining room, anyone in the area can pick up a free lunch, but a large part of the ministry is done by delivery.

Each day two employees (and an army of volunteers) arrive at the former KFC restaurant and prepare lunch. About 10:30, volunteer drivers load lunches in their cars and, from 11:30 AM to 2:00 PM, nearly 230 meals are served. Of these, 160 of which are delivered on three routes and the rest are available for pick-up in the dining room which will open again having been closed since the beginning of the pandemic. Drivers make sure the deliveries are to the right people and that they know that they are there to help. “Some people have been invited inside to help someone with a small task, like changing a light bulb. The bridges we build are numerous, and we want them to see Jesus at work and eventually to know him personally,” says Marcus.

Pastor Archer says that Kelley was instrumental in his consideration of becoming involved. “I learned about it and thought, ‘I can give an hour a week to help people,’” he remembers. “I was excited to be involved with something with a long history of being the hands and feet of Jesus.” Next thing he knows, Marcus is waking up at 3:00 AM with the Stewpot on his mind. After several weeks, he spoke with his wife Mallory about his inner promptings. Knowing the Stewpot was losing its director, he began to think about being more involved. She confirmed his thoughts and encouraged him to pursue it. 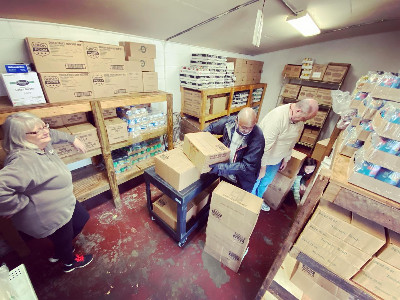 Recently, Marcus was installed as only the third director of the Stewpot. He notes that the systems created by the former director, Amanda Jeansonne, are stellar, and they allow him to focus on the mission more. His church has been very supportive, and Pastor Archer says that the board of the Stewpot, which includes “legacy members” (pastors of the three churches who started the Stewpot), voted to have him serve as the new director. 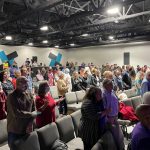 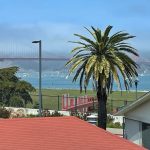