Missions, Generosity in the DNA of Wyoming Congregation

By chogministries
Posted June 7, 2017
In All Church of God, Global Strategy
Missions, Generosity in the DNA of Wyoming Congregation2017-06-072017-06-07https://www.jesusisthesubject.org/wp-content/uploads/2016/07/ChogLogo-Light.svgChurch of God Ministrieshttps://www.jesusisthesubject.org/wp-content/uploads/2016/07/ChogLogo-Light.svg200px200px 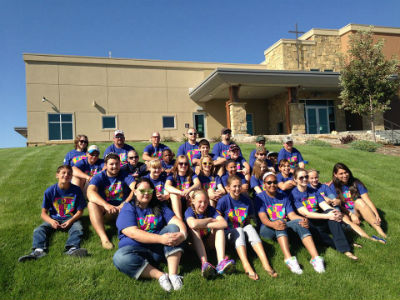 Photo: One of many Highland Park mission teams.

When missions and generosity are uttered in the same sentence, Highland Park Community Church in Casper, Wyoming, is one Church of God congregation that immediately comes to mind. These values are a part of the church’s DNA, as evidenced by over half a century of giving way above and beyond regular tithes and offerings. While the church’s missions budget of over $500,000 and financial support of more than thirty missions projects is impressive, it’s the heart of numerous individuals and groups within the congregation that astounds the most. The perspective of a few of these individuals sheds light on why the state’s largest church, of any denomination, chooses to invest so heavily in what God is doing around the world.

There is an inextricable connection between those who are passionate about missions and those who have gone on a mission trip. As God’s incredible work abroad becomes more real, more tangible for believers in North America, enthusiasm for missions support consistently increases. When people see firsthand the fingerprints of God from Nicaragua to Uganda to India, head knowledge becomes heart knowledge; statistics become souls for whom Christ died. Highland Park Church offers at least two mission trips each year, as well as deep discounts for those going for the first time. Laura Smothers, now serving in her sixth year on the missions board, experienced this broadening of perspective herself. 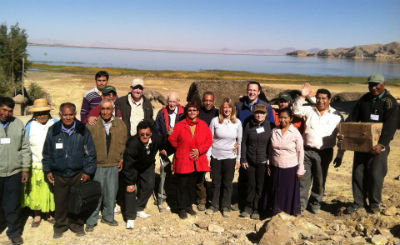 Photo: Highland Park team in Peru for a pastors’ conference.

“In 2005, I heard one of our pastors give a talk about the Great Commission,” she explains. “He pointed out that it says go and make disciples; it doesn’t just say write a check and expect others to make disciples. I had a strong sense that God wanted us to go on a foreign mission trip. I mentioned this to my mother-in-law Marilyn Smothers, who was on the missions board at the time, and those who knew her will not be surprised that she had us sign up for a trip to Nicaragua within days! We have now been to Nicaragua nine times to do medical clinics, teach VBS, give lectures at a medical conference, and assist in pastoral and teacher training conferences.” Laura and her husband Lane have also led mission trips and traveled to other locations, such as India.

Vicki Orcutt, who served on the missions board for eight years, and as chairperson for six of those years, also developed a passion for missions while at Highland Park. “When we moved our family to Casper in 2003, we joined Highland Park and I had very, very little understanding of missions,” she explains. “I have always had a heart for people living in the margins of society, though, such as impoverished people, those in the penal system, and the homeless. The Highland Park missions DNA was so powerful, it helped me reconcile my passion for people into a mission ministry. God opened the door to missions and Highland Park helped me put my heart into action.” 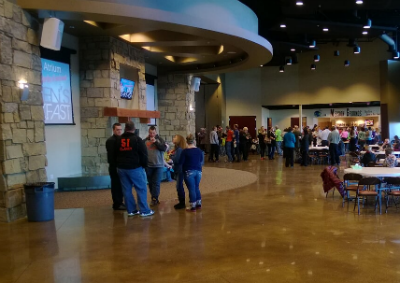 Photo: At the church’s coffee shop which raises funds for missions.

The heart of a congregation is almost always reflective of the heart of its leadership. It’s no different at Highland Park Community Church. Mike Fackler, speaker at Church of God Convention 2017 in Wichita, Kansas, and lead pastor of Highland Park, has been blessed by visits to South America and looks forward to the chance to visit the Middle East. When considering the missions DNA of the congregation he leads, he thinks back to the parable of the Good Samaritan. “Whether across the street, state lines, or across the ocean…Jesus clearly states we are to love our neighbor,” he reflects.

Laura, who married into the Smothers family—pillars in the local church and the Movement—also cites Faith Promise as integral to their missions experience. “My husband and I have always felt convicted to support missions financially, and began participating in Faith Promise giving (pledging an amount we trusted God to provide over the next year to give to missions) when we moved back to Casper in 2001. It always amazed me that Highland Park was able to have such a large missions budget and support so many awesome organizations and missionaries by donations made by faith, over and above regular tithing.” 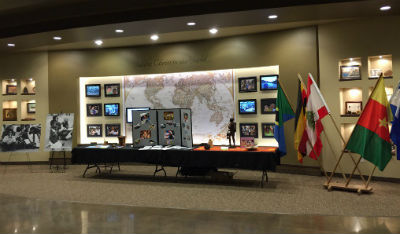 Roger Furman’s leadership has proved instrumental for Highland Park’s mission emphasis, now serving as the chairman of the missions board. When he thinks about the missions DNA of the church, he offers some insight into their approach. “I believe what has made Highland Park Community Church a strong missions church,” he explains. “is the strong emphasis placed on missions through programs, such as Faith Promise and Mission Emphasis Sundays, which are celebrated once a month. Our missions budget is separate from our general fund and is readily identifiable as being ‘above and beyond’ and special. We also strive to make missions personal with opportunities to serve and participate, not just with a few, but also with a large percentage of the congregation.”

Highland Park’s heritage of missions work and sacrificial support stretches back to the days when the church was not nearly the size it is today. “Back in 1968, people decided they would do something the state had never experienced before,” Pastor Mike explains. “They would give and sacrifice beyond all reason to have a full-time pastor. With the pastor being able to give his full attention to serving the needs of the community and the church, things started to happen. Then the church took on the task of building its first-ever building. They were questioned and ridiculed for building a sanctuary that would hold three hundred people. No church up to that point in Wyoming had exceeded one hundred members. When the church opened the doors, it was standing-room only. God’s sacrificial love is woven into the DNA of Highland Park. God used the Smothers, the Carrols, the Withrows, the Spears to champion the fact that giving is a pleasure, not an obligation. The tradition continues to this day.”

Across the United States, and around the world, God is on the move in the Church of God. Join the movement. Reach our world. Donate today at https://www.jesusisthesubject.org/reach-our-world-fund/. Support Global Strategy missionaries and projects at www.chogglobal.org.