When Marlene Soffera candidates for a pastoral position, she always asks the congregation to support her in community engagement activities as part of her pastoral role. In her role as senior pastor of Crossroads Church of God in Milwaukee, Wisconsin, Pastor Soffera’s engagement is as a community chaplain with the Salvation Army of Milwaukee County, serving with the Milwaukee Police Department.

Salvation Army chaplains support community members who have experienced a traumatic event. The Salvation Army’s program in Milwaukee started in 2014. A police captain had called in a Lutheran pastor friend to help after a difficult incident in the area where community members were in need of follow-up care. The benefit of having spiritual care on site was immediately clear, and they made arrangements with the Salvation Army to supervise and develop the program. By February 2019, the program had grown to a group of 65 chaplains from 16 different denominations, representing 50 congregations around the area. Chaplains served a week at a time, every 4 to 6 weeks, on-call 24 hours a day, 7 days a week. And then the pandemic began. 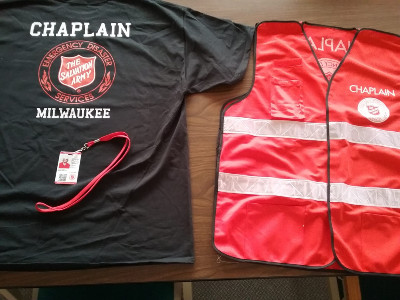 Some of Pastor Soffera’s chaplaincy attire.

In 2020, the program dropped from 65 active chaplains to only 6 or 8, including Pastor Soffera. Chaplains with the Salvation Army go through thorough training and are given vests and badges to make them visible to the community whether they are serving at a crime scene or at a community outreach event. The chaplains are called to be a “positive, prayerful, peaceful presence” in the community. And that has been desperately needed as the city has seen a rise in protests and rallies in the last year, as well as a rise in domestic violence and child abuse due to pandemic lockdowns. “We were on-call constantly,” says Marlene.

In 2020, Marlene responded to the most calls of the small team of chaplains. In April 2021, she was honored by the Salvation Army as their Chaplain of the Year for 2020.

The church community at Crossroads Church of God has supported Marlene in her service from the beginning. She has a flexible work schedule during the week so she can work around chaplaincy calls, some of which come in the middle of the night. They also pay for any training she might need that the Salvation Army doesn’t cover, and they cover her mileage when she has to travel to calls. “My service as a chaplain is an example to the congregation to find their own places of gifting and engagement.” 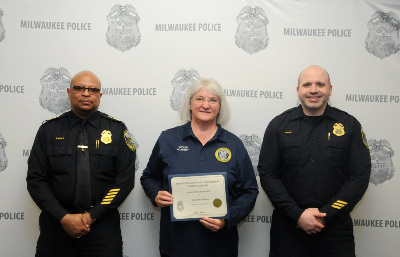 Pastor Soffera says she’s skilled in saying no when needed and she has solid self-care practices and boundaries that help her balance the tremendous workload. In fact, as some of the other chaplains returned to active service in recent months, Marlene was able to take two months off from her chaplaincy work. She plans to return to the community ministry in May. But those she has served are never far from her mind. She recently was showing an out-of-town friend around Milwaukee and pointed out some of the places where she has served. She said seeing those places of deep pain and loss are a reminder and an encouragement for her to pray for those she has served in the past as they continue to recover from their experiences.

Speaking about the Chaplain of the Year honor, Marlene said, “It is like an earthly precursor to what I hope to hear in heaven from the Lord: ‘Well done, good and faithful servant.’”

Jaymie Dieterle is a freelance writer with a passion for books, reading, and life-long learning. Jaymie and her family live in Anderson, Indiana, and they are actively involved at Madison Park Church of God.

Learn more about chaplain ministry in the Church of God at www.jesusisthesubject.org/chaplains. 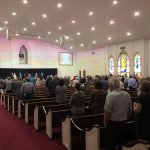 Back to the Basics: Pandemic-Weary Souls Strengthened at Winchester GatheringAll Church of God, CHOG, Southeast 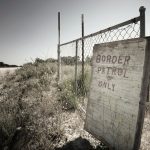