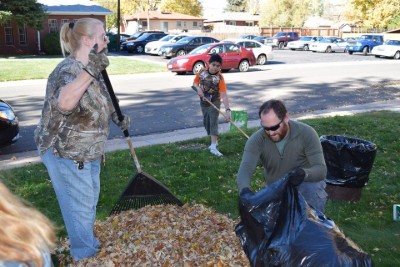 Cloverdale Church being the hands and feet of Christ.

Like the day which saw an altar inscribed with the words, “To the unknown god” (Acts 17:23), there is today much confusion about the one true God. While an increasingly diverse religious landscape takes shape across North America, areas more visibly closed to the traditional Christian church demand our attention—not because cultural Christianity is on the decline, but because some methods of ministry may no longer be effective. The contrast may be greater for those who grew up in, but no longer live in, parts of the country where a traditional form of Christianity is still reflected in the culture. When Mike Hooven left Indianapolis, Indiana, to pastor a church in the greater Denver, Colorado, area, he encountered a culture characterized by widespread “religion” and “spirituality,” but with less widespread signs of Jesus.

That’s not necessarily a bad thing—to begin with. Instead of fighting against an Americanized version of Christianity, ministers have a relatively clean slate to communicate Christ. But “the way we’ve always done it” may not resonate with members of the church up the road from Cloverdale Church of God. The Lakewood congregation isn’t from a church where a “Science of Mind and Spirit” belief system is perpetuated in what Pastor Mike Hooven has described as a “conglomeration of pretty much all the world religions.” The absence of the name of Jesus Christ on their belief statement speaks volumes. “It’s drastically different here in Colorado than it was in Indiana, or Pennsylvania where I grew up,” Mike explains. “I knew that coming in, though, so I wasn’t surprised when I encountered it. I’ve met a lot of people here who say they are religious, but that religion is somehow wrapped up in all kinds of other stuff besides the gospel.” 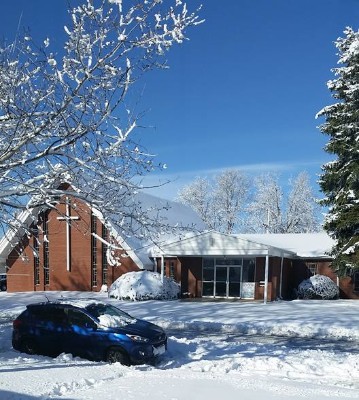 A wintry Cloverdale Church of God.

Strategy is, therefore, vital to Cloverdale’s mile-high mission. Mike has identified relationships as the most potent way to communicate Christ amid the confusion. “It’s slower-going than I’d hope it would be,” Mike reflects “but I’ve taken some of the things I’ve learned from church planting and applied it here, especially as we are an older, established congregation. We have to get people to notice us first, as we’re in the middle of a neighborhood and not on a main street. I’ve been here three-and-a-half years, though, and people are starting to realize we’re here and that we care.”

Among Cloverdale’s outreach methods, including movie nights, elementary school involvement, work with a local ministry that paints homes of low-income or disabled residents, are their annual Santa’s Workshop and their partnership with an adult special needs program. 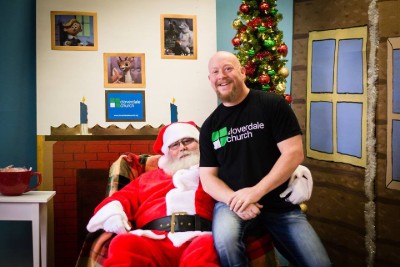 Santa’s Workshop gets lots of people in the door of their church, despite the church being tucked away in a neighborhood. It attracts families—and that’s vital to an established church that wants to see turnaround in post-Christian culture. Children sit on Santa’s lap and families are given portraits of the experience at no cost. Additionally, children are given the opportunity to make a craft as a gift for their parents or select from donated items to give someone as a gift. The first year they tried this event, ten inches of snow fell, and the temperature had dipped to zero that morning. Still, two hundred kids showed up!

Then there’s the case of Rocky Mountain Independence, a group that works with special needs adults. They were looking for a community gathering place, especially on days of bad weather. Mike explains, “We have space here at the church that is just sitting there empty during the week. I met with them and it just seemed like the right thing to do. Now they meet here at least once a week.” Stewardship of existing property—another way to revitalize an established ministry!

Pastor Mike and his family love living in Colorado. Pennsylvania will always be home for Mike, and they treasured their time in Indiana. But they’re thankful that God brought them to Colorado, including for the adventure of doing ministry in a culture that may be a little different than what they were used to. “My prayer is that our church becomes a church where, if we were to disappear, people would notice,” Mike concludes. “That they would sense a huge hole in the community. In order for us to be that kind of church, we strive to serve and bless the community in any way we can.”

In Colorado, across North America, and around the world, the Church of God is taking back what hell has stolen. Join the movement. Give life. Donate today at give.jesusisthesubject.org.