By chogministries
Posted September 8, 2021
In All Church of God, CHOG, Great Lakes, The Way
Michigan Church Driven to Serve at Inaugural Car Show2021-09-082021-09-08https://www.jesusisthesubject.org/wp-content/uploads/2016/07/ChogLogo-Light.svgChurch of God Ministrieshttps://www.jesusisthesubject.org/wp-content/uploads/2021/09/fchog_stjosephmi_carshow_wide_adj.jpg200px200px

What could be better than seeing your church parking lot at capacity? Seeing it full of classic cars and 90 percent of the people moving about are not from the church. First Church of God of St. Joseph, Michigan, has a group called “Active Adults” and, as they were preparing for their group events during the COVID-19 year of 2020, they knew they would have to deviate from the usual list of activities that involved bus rides, museums, or meals together. Pastor Chad Harlan, the lead worship pastor for all three campuses oversees the group, and he was intrigued and excited when a newer couple to the group suggested, of all things, a car show.

The couple was full of helpful suggestions and planning strategy as they were experienced in taking their late 1960s Pontiac LeMans “muscle car” to several shows themselves. The idea was met with enthusiasm and plenty of energy, especially when the congregation learned that a local dealership had canceled their annual two-day car show for the community. The church is quite motivated when it comes to being community-minded and they determined to host the event at their largest campus in St. Joseph the Friday before Father’s Day this year. 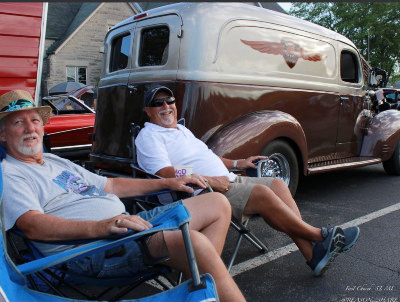 Five years ago, First Church had established an outreach known as New Heights, which included several initiatives. One of the ministries was called New Heights Auto Services. The purchase of a neighborhood transmission shop which was closed provided the ministry with several lifts and a place for mechanics from the church to repair donated vehicles. Those in need could pay for the cars with just pennies on the dollar, and many who could not afford reliable transportation to and from work were assisted.

The auto service is also regularly open to the public for general auto repairs, which also helps to fund the overall initiative. To link their efforts, the church used the car show as a fundraiser for their auto services ministry, and God provided $2,000 from the event.

The heartbeat of this ministry opportunity (in addition to bringing glory to God) is fueled by the desire to spread the gospel and focus outside the walls of the church. First Church loves their community, and it was no surprise when the community responded in kind. A local bank set up a tent on the grounds and participated in the activities, and there was food and a high-energy atmosphere. A nationally known company that supplies resources to mechanics, “Snap-On,” donated tools for a silent auction which helped to raise funds, as well.

Pastor Chad could not overestimate the value and benefits of the event. There were many new people from the community that were reached; many of whom probably never attended a service, and the event created new advocates in the congregation for ministry efforts. The church was very careful to follow COVID-19 protocols, but Pastor Harlan said that people were excited to interact and see one another again. “I purchased my own car and took it to a show (in March of 2021) so that I could learn and promote our event, and many people said that they had already seen a flyer or heard about our show. Our car show had created quite the stir,” says Chad. 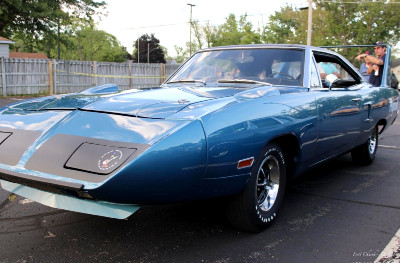 Philippians 4:13 is Pastor Harlan’s life verse: “I can do all things through Him who strengthens me (NASB).” He challenges people to power through things when God calls them to serve or minister, for God will provide everything that is needed to accomplish his glory and mission. God tested this pastor’s heart during the process, as well, for early on after the opening of registration there were only six cars signed up.

Later, the registration exploded, giving everyone a reminder that God is in control. Another great result of the event was to see both young and old merging efforts to make everything happen. “I want to see more of this in our church;” says Harlan, “I want to experience those mature believers coming alongside our young people and the combined effort giving praise to God’s working.”

Pastor Harlan and his wife, Tracey, met while working at a Church of God, and her grandfathers were both founding pastors of a Church of God ministry. The couple has three children: Katie, who is a nurse and plays guitar; Hannah (20), who is studying early childhood education; and Ben (17), who plays multiple instruments. Hannah and Ben are on the worship team led by their father, too.

Chad recalls the popular quote, “People do not care how much you know until they know how much you care.” And the car show at First Church of God in St. Joseph, Michigan, sent a huge message to the community—God loves and cares for you, and so do we! Stay tuned for the summer of 2022 when this church’s second annual car show speeds back into town! 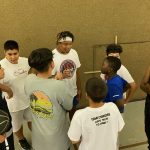 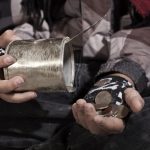 Opinion—How Holiness Keeps Us Focused on the Needs of OthersAll Church of God, CHOG, Op-ed