They tried it once in 2014, and it worked very well. Seven years ago, the Church of God congregation in Clarksburg, Maryland, merged with Fairfax Church in Fairfax, Virginia, in a mutually beneficial relationship. “I’ve had a longtime burden for re-energizing underutilized kingdom capital,” Rod explains. “How can churches on the back end of their life cycle be repurposed and put into play again? We made the decision with the Church of God in Clarksburg and Clarksburg Church was born.” In 2020, Fairfax Church had another door of opportunity open wide and, with prayer and careful consideration, entered boldly.

The Movement Church of Columbia, Maryland, isn’t being swallowed up by a larger church, and this latest development has nothing to do with the opening of a satellite campus or responding to a church in decline. Instead, the merger of these two churches signals a budding covenantal relationship of connection and collaboration—with a kingdom agenda.

After all, neither church is interested in expanding their own identity or their own brand. Rod Stafford doesn’t want people to fix their gaze on the growing reach of Fairfax Church, where he serves as lead pastor. Pastor Richard Smith, of The Movement Church, has no concern over how well-known The Movement Church becomes. Both pastors share a passion for kingdom expansion, and that translates to ministry that’s all about the King. 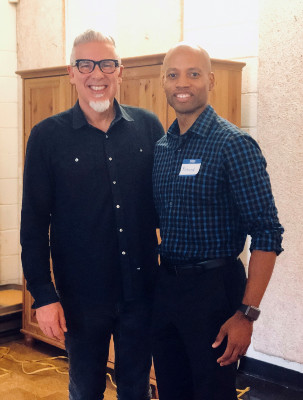 Mergers don’t have to look like two churches giving up prior identities to worship together under one roof. While legal paperwork can be drawn up to provide necessary structure, Fairfax Church doesn’t see the goal as taking over but coming alongside. Rod explains, “We wanted to merge in a way that allowed these congregations to be a part of something bigger, have a safety net in place, share our missional vision but give flexibility to the leadership there for how that’s all carried out.”

The unique arrangement places the emphasis on kingdom growth over local church institutional growth. Rod likens the relationship to local boutique hotels connected under the larger umbrella of a major hotel chain yet maintaining their individual personalities and appeal. In his words, the strategy “allows them to advance the kingdom in the unique way it needs to be advanced in their community, while giving momentum and flexibility that they might not otherwise be able to have on their own.”

The Movement Church isn’t in a precarious place at all, and that’s another encouraging aspect of this story. They’re not choosing to merge as a last resort, but as a divine opportunity for greater impact. This vibrant Maryland congregation, a historically Black church, is already growing and thriving. Rod has observed Pastor Richard’s leadership for a number of years. “I’ve always been very impressed with Richard and his approach to navigating change and advancing the kingdom,” Rod recounts. “As our relationship grew, I proposed the idea of a merger and wondered if The Movement Church would have any interest.” As it turned out, both churches were very excited about the possibilities.

Richard had been observing Rod’s leadership from afar, too. He says, “When I first met Pastor Rod about five years ago, I began paying attention to his teaching, his ministry, and his one-on-one interactions. Just seeing that was such an inspiration to me as a fellow pastor. This merger was a blessing to connect with someone so like-minded and Christ-centered. We work together well, and it’s a greater blessing to our community and world.”

When a visitor walks in the doors of Fairfax Church or The Movement Church, are they confronted with the reality of the merger? No. And that’s intentional. The two churches aren’t shying away from the truth; they’re focusing on presenting Jesus clearly in everything they do. The merger functions well behind the scenes. There’s no isolation, but connection instead. There’s no forced conformity, yet there’s collaboration. And, to the thrill of Pastors Rod and Richard, there’s a whole lot of Jesus. 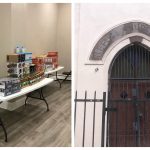 Bold in Brooklyn: Refuge Church a Community Hub of Help and HopeAll Church of God, Change the Story, CHOG, Northeast 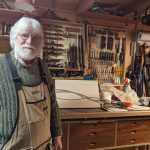