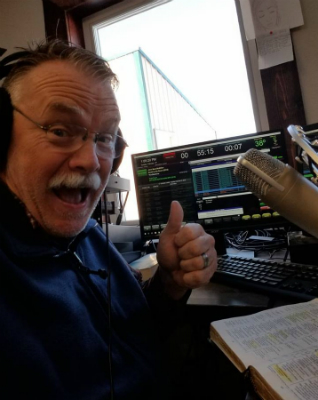 In the midst of despair caused by grief, illness, joblessness and substance abuse, God is making waves in Allen, South Dakota—radio waves, to be exact.

Since CHOGnews last spoke to missionaries Tim and Kim Wardell in February 2017, the pastors have witnessed the incredible love of God at work on the Pine Ridge Reservation in the Oglala Lakota Nation. Before the end of 2017, the pastors prayed for direction regarding how Pass Creek Mission could serve God in the coming year. In response, Tim received a vision for a radio ministry that would reach listeners on the reservation and beyond. However, without necessary equipment, the Wardells were left to question how such an extraordinary idea could become a reality. Soon after receiving the vision, Tim was inexplicably inspired to attend a meeting in Pine Ridge; once there, he would realize why.

While at the meeting, Tim was stunned when Abram Neumann, the acting manager of a local radio station, announced that the station would be accepting announcements to be broadcast over the air. “I knew in that moment that the Holy Spirit was tapping me on the shoulder and saying, ‘Listen,’” Tim says. “That’s why you’re here.”

After Tim revealed his vision for a radio ministry, more of God’s incredible plan became clear; Abram explained that the station was also in need of a new manager and someone to DJ four to six hours a day. Excited by the opportunity to make his ministry vision come to fruition, Tim happily accepted the position. “As soon as I walked into this tiny room in the back of a church, I saw that, out of the window, was a cross and a radio tower,” Tim says, “and I said, ‘This is it.’”

Beginning March 1, Tim will officially take over as manager of KJCD Pine Ridge, broadcasting devotions, Scripture, and the encouraging message of Christ’s love to the surrounding area. “My wife is the brains of the operation,” said Tim. “She’s coming up with some great ideas. We are going to look into interviewing some of our short-term mission teams.” In addition, ideas for a children’s segment and messages specifically for women are in the works. 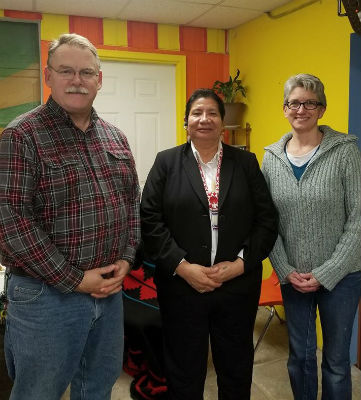 Right now, the KJCD station reaches up to 20,000 people and operates on a low frequency, largely due to lack of funds. For Tim, getting to the station to record is a 50-minute trek; for the time being, he will be doing all his recording for the week in just one day. On top of the many other ways he and Kim are carrying out God’s mission in Pine Ridge, managing a radio station will be no simple task. However, the Wardells are enthusiastic about the ministry’s potential to shine light in a community that often feels overwhelmed with darkness.

“Anything done for God should be done right,” said Tim. “We are going to set up a satellite studio in our church—we already have a room set aside. However, it will require a few thousand dollars to acquire the appropriate equipment and software.”

Off the air, the Wardells have also helped to begin the Healing Circle, a modified version of Alcoholics Anonymous. Designed by a friend, Pastor Matt Hadden, the program incorporates relevant Scripture into the original twelve-step addiction recovery plan. “AA makes a lot of vague references to God, our Creator. We want to be very specific,” said Tim.

Meanwhile, Kim has found a way to reach out to those suffering from loss through Good Grief, which encourages women in the community to gather together to do an activity or craft while engaging in discussion, asking questions and building friendships. In an area with a suicide rate 70-percent higher than the national average, Kim saw an overwhelming need for nurturing relationships and compassion.

In August of 2017, the Wardells suffered their own devastating loss when their twenty-three-year-old son Caleb passed away as a result of suicide. The community Tim and Kim had been serving then turned to serve them with kindness and love. It was then that the true power of relationship and community became even clearer to the couple. 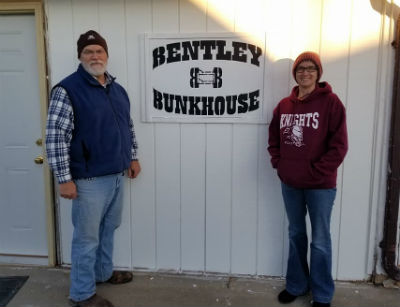 Tim and Kim Wardell carry on the legacy of the Bentleys in Allen, SD.

“When it happened to us, we saw the reciprocation of kindness and care, generosity and compassion,” recalled Kim. “They wanted to give to us. The people here had graciously received—but this became an opportunity for them to meet our needs. That’s where relationship happens; Jesus is the subject, but relationship is the verb. Inside that relationship, we will get to see him.”

Recently, Kim has also felt inspired to reach out to victims of domestic violence. “I live with ladies who deal with constant domestic violence—it is the norm,” said Kim. “I asked one of the girls, ‘Do you know any women in this village whose partner does not hit them? She said No.” As a response, the Wardells are hoping to help re-open a women’s shelter in the local area that had been shut down due to lack of funding.

While managing their own grief and witnessing devastation in many forms on the Pine Ridge Reservation, Tim and Kim remain encouraged by their faith in a loving God. “We have the love of God, the love for each other—and when God has put you somewhere and the desire is not your own, it’s almost like a shield,” said Tim. “That protects you from all these fiery darts. We take refuge under the shadow of his wings.”

Although constantly motivated by God’s love, even in particularly exhausting and trying times, the Wardells are also hoping to see another couple come to Pass Creek Mission to serve beside them as the ministry grows. From anywhere, listeners can tune in to listen to Tim’s devotions and messages and support the nonprofit station at www.KJCD.com.

Learn more about the Wardells and Church of God Native American Ministries, including opportunities for prayerful and financial support, at https://www.jesusisthesubject.org/native-american-ministries/.