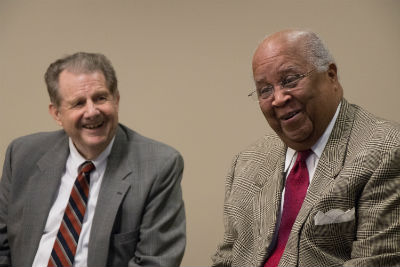 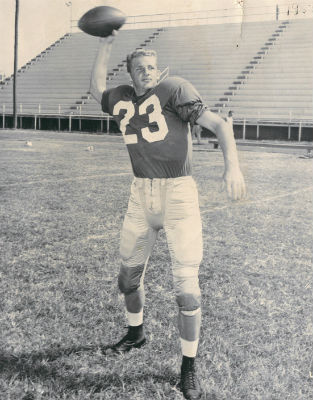 Soergel went on to quarterback for Oklahoma State University and was inducted into the Oklahoma Sports Hall of Fame in 1998. Perry, who played at University of Maryland Eastern Store, is the president of Perry Publishing and Broadcasting Company, a print media, cable television, and radio broadcasting corporation that owns several stations in Oklahoma.

Topics covered included racial segregation in 1950s Oklahoma City and Tulsa, the boundary-breaking friendship between the men and their coaches and, of course, the late pick that nabbed Capitol Hill the win over the 46-0 Trojans. The lunchtime panel made for a riveting look at the history of Oklahoma race relations and the impact of sports on creating camaraderie, said director of athletic development Cole Cleveland. 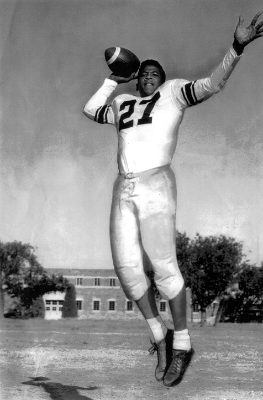 “These are the types of stories that our generation of coaches and players need to hear,” Cleveland said. “It is an awesome realization to know that sports can impact our world so profoundly, especially when it’s something as important as integration.”

The E-Club is a membership program designed to provide positive and increased involvement in MACU athletics programs. Monthly personal, business and corporate memberships to the E-Club are available, with plans beginning at $20 a month. To learn more, visit www.macuathletics.com or e-mail ccleveland@macu.edu.

Mid-America Christian University offers a Christian liberal arts education through two dynamic colleges. The College of Arts and Sciences (CAS) offers undergraduate degrees to traditional residential and daytime commuting students at the main campus in south Oklahoma City. The College of Adult and Graduate Studies (CAGS) makes college education affordable and accessible to busy working adults and graduate students. Degree programs are offered online or on-ground at the main campus or through MACU’s north Oklahoma City location. MACU is an endorsed agency of the Church of God (Anderson, Indiana) and is regionally accredited by the Higher Learning Commission of the North Central Association of Colleges and Schools. Visit www.macu.edu or more information.