By chogministries
Posted July 5, 2017
In All Church of God, Central, Colleges & Universities
MACU Basketball Standout Awarded ‘Heart of a Champion’2017-07-052017-07-05https://www.jesusisthesubject.org/wp-content/uploads/2016/07/ChogLogo-Light.svgChurch of God Ministrieshttps://www.jesusisthesubject.org/wp-content/uploads/2016/07/ChogLogo-Light.svg200px200px 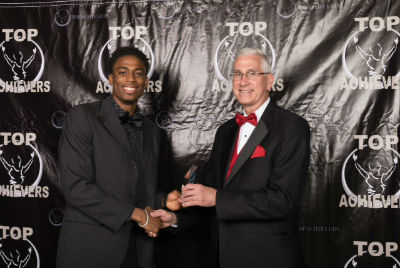 Adding to an impressive list of accomplishments during his career at Mid-America Christian University, basketball standout Malcolm Mann added “Heart of a Champion” to his repertoire during the TopAchievers Performance Sports Award Gala on June 24 in Plano, Texas.

Mann, who recently received the National Christian College Athletic Association (NCCAA) Game Plan 4 Life (GP4L) award, was given the “Heart of a Champion” for his honor and integrity on and off the court. The award was presented by MACU President Dr. John Fozard.

“I cannot put into words what Malcolm has meant to me, to MACU, and to our program,” said head coach Josh Gamblin. “To say he is special would be an extreme understatement. He is mature well beyond his years and what he has done for our campus and program is historic.”

Mann was also awarded MACU’s first-ever “Heart of the Evangel” award in 2016. Given to one student-athlete every academic year, the award recognizes excellence in the areas of spiritual leadership, community involvement, and academic and athletic prowess.

That same year, Mann led his fellow Evangels to their first-ever NAIA National Championship with his buzzer-beating shot. He finished his career this spring with 338 assists, the fourth most for the Evangels as an NAIA program.

Off the court, Mann’s endeavors include interning at Frito-Lay in Flint, Michigan, where he served the community affected by the Flint water crisis. He also became the first-ever basketball player at MACU to become president of the Student Government Association.

Mid-America Christian University offers a Christian liberal arts education through two dynamic colleges. The College of Arts and Sciences (CAS) offers undergraduate degrees to traditional residential and daytime commuting students at the main campus in south Oklahoma City. The College of Adult and Graduate Studies (CAGS) makes college education affordable and accessible to busy working adults and graduate students. Degree programs are offered online or on-ground at the main campus or through MACU’s north Oklahoma City location. MACU is an endorsed agency of the Church of God (Anderson, Ind.) and is regionally accredited by the Higher Learning Commission of the North Central Association of Colleges and Schools. Visit www.macu.edu for more information.