By chogministries
Posted April 3, 2014
In All Church of God
Loving Fearlessly: Boldly Caring for Women in Crisis2014-04-032014-04-03https://www.jesusisthesubject.org/wp-content/uploads/2016/07/ChogLogo-Light.svgChurch of God Ministrieshttps://www.jesusisthesubject.org/wp-content/uploads/2016/07/ChogLogo-Light.svg200px200px 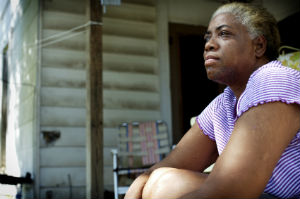 Photo: Priscilla’s Lost and Found brings the hope of Jesus Christ to women who might otherwise have little or no hope (stock).

It was the summer of 1997, while Arnetta Bailey and her family were still living and worshiping in Indianapolis, that a young man in her church came to her and said, “The Lord told me you would help my mother.”

Arnetta knew the woman (“Donna”). Donna was strung out on drugs, entangled in prostitution, and leaving her children home alone while she walked the streets. Because of the son’s insistence, Arnetta finally gave in. She went looking for Donna and found her. Arnetta made several contacts with Donna. When she prayerfully asked God for guidance, the Lord’s instructions were, “Speak my Word into her life.” So she began to say to Donna, “I see you saved. I see you living for God. I see you delivered from drugs and prostitution. I see you loving and caring for your children. I see you whole.”

Sadly, by the fall of 1997, Donna was in prison and pregnant. To further complicate matters, Arnetta’s husband made a career change that required the family to move to Akron, Ohio. Six months after arriving in Akron, Arnetta received a letter in the mail. It was from Donna. She had given her heart to the Lord while in prison! She said 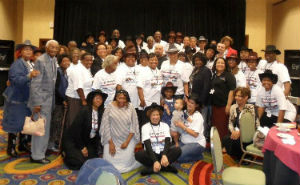 Photo: Priscilla’s Lost and Found is a vibrant ministry that helps turn around the lives of countless women across the country.

As the Bailey family settled in Akron, Arnetta resumed her activities working with the National Association Women of the Church of God National Convention. The Lord, however, began to pull on her heart. “Everything you are involved in caters to Christian women. I want you to reach the lost for me.” Arnetta says that from that point on she began to see God moving her out of the ministries she had been a part of. “I kept telling God, ‘As soon as I finish this, I will give some time and thought to where you’re leading me.’” But the push to sever those ties became increasingly strong. She obeyed.

While driving back from Indianapolis on July 17, 1999, the Lord laid out clearly what it was he wanted Arnetta to do: begin a faith-based mentoring program for women. Many women need social services but struggle to get connected to those services. Arnetta was to go find these women and take them to the services they needed and tell them about Jesus in the process. “I ran from this idea for a while,” Arnetta admits. “I wanted to give up.” But the Lord kept reminding her, “I didn’t give up on you!”

Arnetta went to her father, Elder Dr. Timmie McNeese; her pastor, Dr. Ronald J. Fowler; and Dorothy Jackson, the deputy mayor, and explained her vision and the fact that she was not sure how to make it happen.

She has since stood before boards explaining her ministry. Arnetta identifies Christian women who want to commit to a one-year mentoring relationship with unsaved women. She then will find women who are in need of help, and willing to receive the help while hearing about the Lord. Those being mentored may be in crisis, such as poverty and divorce, or they may not be. Mentoring involves making at least three contacts with the woman each month. The intent is for Christian women to share their belief in Christ and help lead their sister to him.

So who is Priscilla? Priscilla McNeese was Arnetta’s mother, who like Priscilla and Aquilla in Acts 18:26 took the time to explain to her “the way of God more adequately” (NIV).

In 2008, the ministry that Arnetta (who is also the executive director for Christian Women Connection) founded expanded to touch the lives of men, as well. In the Company of Good Men established its first chapter in Milwaukee, Wisconsin. One bold decision to listen to the Spirit of God launched a vibrant ministry that stretches from Ohio to Texas to Georgia. That vital work continues to go where churches may not always be able to go, offering the love and hope of Jesus Christ.