“A lot of white Americans don’t have any relationship with black Americans. I wanted to model what a conversation with them would look like.” Simply put, the pastor of New Vida Church of God in Dallas, Texas, just wanted to chat with friends and give the public an opportunity to listen in on their conversation. So, on the second day of June, Malcolm Tyree hosted a Zoom video chat on Facebook Live with Kendall Graves and Albert Smith. In poignant and compelling dialogue, the three discussed family, culture, fear, and the racial tensions plaguing church and society.

Malcolm first got acquainted with Kendall through his daughter’s school—he was her P.E. teacher. When a local group of the exercise program Camp Gladiator needed a venue and found it at New Vida Church of God, Malcolm got to know their director, Albert—who also would become a vital partner with the church’s food pantry. In response to recent tragedies, Malcolm knew he had to do something. While no single course of action alone can stem the tide of racism and bring about meaningful change, Pastor Malcolm wanted to at least to get helpful conversation started.

As a church, New Vida is taking a stand against injustice. Any platform available to Malcolm and the congregation presents a chance to wield any influence they have for the good. Leading up to the Facebook Live conversation, Malcolm observed, “I can’t solve all the problems or explain all the actions. [But] I can teach my children, encourage my friends, and help those I know. On Tuesday, join me as I listen to my friends share what it means to be a black man in America.”

Malcolm also says that through these posts, in addition to addressing racial issues in his preaching and teaching, others feel permission has been granted them to speak out, as well. Pastor Malcolm says it’s all a part of the church living out its values. “We want to be a part of reshaping communities to make them look more like heaven on earth,” he explains.

More conversations on matters of race are scheduled, including one with Pastor Jason McClendon of Community Church of God in Macon, Georgia. “A lot of insight will come out of my conversation with Pastor McClendon,” Malcolm explains. “Racial inequity has been an issue since the earliest days—see Acts Chapter 6. Addressing this topic is not so much about the church being relevant, but instead what God values. We have sung for years, ‘Jesus loves the little children, all the children of the world, red, brown, yellow, black, and white,’ but do we believe it? Do we mean it? To love our neighbor means we must understand their experience.”

That requires us to listen to one another. To learn. To love. And, to hear what God is saying. Prayer matters, both heeding what God is saying and pleading with God for his help in this painful moment of history. Pastor Malcolm’s recurring prayers may serve as a model for ours, too.

“I’m asking God to soften our hearts,” he reflects. “To give us empathy for those who suffer, for those who’ve experienced injustices, for those who feel they have no voice. And for him to expose the agents of chaos who seek to discredit those who are speaking out in anguish.”

Watch the conversation—listen, learn, and love. For further consideration, read a recent letter from the leaders of the General Assembly of the Church of God on the topic of race. Jim Lyon, general director of Church of God Ministries, also recently addressed both the pandemic and racial justice. 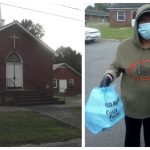 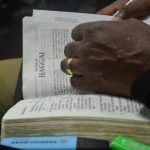 Teaching God’s Word in a COVID-19 WorldAll Church of God, CHOG, The Way