By chogministries
Posted January 17, 2019
In All Church of God, Give Life, Western
Laying Foundations of Faith South of San Francisco2019-01-172019-01-17https://www.jesusisthesubject.org/wp-content/uploads/2016/07/ChogLogo-Light.svgChurch of God Ministrieshttps://www.jesusisthesubject.org/wp-content/uploads/2016/07/ChogLogo-Light.svg200px200px 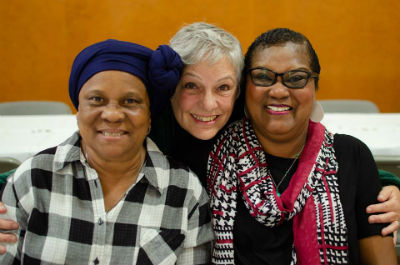 San Francisco is well-known for a variety of things. The Golden Gate Bridge, cable cars, Chinatown, and the hit song about leaving one’s heart there would probably make the list—to name a few. The Bay Area is probably not well-known for the presence of the church, however. But the Church of God does have a strong presence in the region, and it cannot be discounted. One of the vital works of the Movement in the area is only five miles from the city in a community called South San Francisco. There, Hillside Church of God is actively laying foundations of faith early, across cultural divides, to the marginalized, and over the Internet.

Hillside Church of God was established sixty years ago and has a storied history of God at work in and through his people. From the late 1980s to the early 1990s, the congregation went through a rough period consisting of several pastoral transitions. In 1994, Michael Coutts, who had called Hillside home since he’d graduated from high school, opened a new chapter in the church’s history as pastor—a much longer chapter still being written a quarter of a century later. He describes the church as follows:

“We are a church made up of people from all walks of life, and from all over the world…. Our mission is to worship Jesus Christ as Lord, and to show the love of God to all persons, so that they, too, can have a relationship with Almighty God. We welcome all persons who are seeking peace with God, regardless of religious, racial, or personal background.” 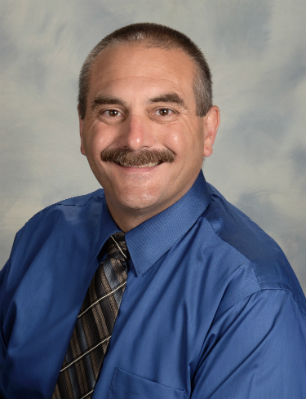 They surely do. The children of South San Francisco, for instance: Not only the do they minister directly to the children through weekly church programs, but they also have a school on site. The preschool portion of Hillside Christian Academy started operations in 1959, but nine years into Michael’s pastorate, they celebrated the addition of a kindergarten. Today, Hillside Church of God gives God glory for the growth of the school, allowing them to lay the foundations of faith for more than 120 students through eighth grade. “Prior to serving as pastor,” Michael recounts, “I taught high school and middle school for a number of years. In fact, I was bivocational for seven years, teaching in the morning and coming to the church in the afternoon. The idea of expanding our preschool to include an elementary school was born out of a time or prayer concerning our outreach ministries. Our purpose is to introduce our students and their families to faith in Jesus through the ministry of the academic disciplines.”

Hillside welcomes persons across the cultural divide, as well. The composition of the congregation speaks volumes: more than half are not Caucasian. Upon consideration of the demographics of their community—38 percent of Asian descent, 34 percent are Hispanic, and 20 percent are Caucasian (with nearly 60 percent speaking a language other than English)—it’s refreshing to see a congregation that reflects their community. Taking their kingdom values a step farther, they’ve opened up their building to be used by a Spanish-speaking congregation, and they’re also doing things a bit differently than others following the same model. “Land and buildings are scarce in this area, and many churches have a difficult time finding a place to meet that is both available and affordable,” Pastor Michael explains. “Unfortunately, there are churches that take advantage of congregations seeking a place to meet by charging very high rental fees. Our goal is not to use El Redentor as a source of income for Hillside, but to allow God’s kingdom to advance within our Spanish-speaking community.” 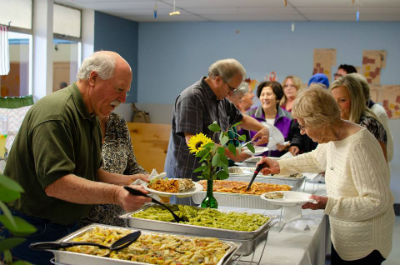 Lines for great food at the church’s 60th anniversary.

To the marginalized, Hillside Church of God is not turning a blind eye. Instead, they welcome those who need food into their building for their monthly pantry. Serving about a hundred families every month with fresh produce and other staples, Pastor Michael says they have “excellent, godly leadership who have a mission mindset, seeking to make disciples among both our volunteers and our clients.” And, over the Internet, Hillside Church of God is using social media and their website not so much to promote themselves, but to proclaim Christ. As Pastor Michael emphasizes, they are not the subject—Jesus is!

Outsiders may not equate the San Francisco area with kingdom advancement, but it’s happening. The work of the church there may not be simple, but it’s having an effect. “The prevailing culture in this area could certainly be perceived as anti-Christ,” Pastor Michael reflects. “One of the challenges is that the Peninsula (the stretch between San Francisco and San José on the west side of the bay) is one of the least-churched areas of the country. People work six to seven days a week so they can afford to live here, and the traffic is always a big problem. Trying to organize mid-week services at church is difficult for parents who try to commute over an hour every day. Yet Christ’s church has a presence and God is doing great things through his people here.”

After sixty years of ministry, Hillside Church of God considers itself at a crossroads. What will God do next in and through this body of believers? How will they reach their community effectively? What will that look like? To aid in their discovery process, they’re using Rolland Daniels’s book The Church in the Middle. Your church may find the book equally helpful. To order a copy, visit https://www.warnerpress.org/9781593177386church-in-the-middle.html.

In California, across North America, and around the world, the Church of God is taking back what hell has stolen. Join the movement. Give life. Donate today at give.jesusisthesubject.org.