Pastors from coast to coast are all too familiar with the scenario: ministry opportunity knocks, but the closed door just won’t budge against the weight of debt. Perhaps that’s why three Church of God congregations in Kentucky are especially thankful for certain ministry milestones marking the year 2022. Indeed, the chains of debt were broken to a chorus of praise and the reverberation of applause in ceremonious gatherings at Danville First, Fountain Park, and Stanton First Churches of God this year. On the heels of mortgage burnings and shredded documents, the big question isn’t what they’ll do next, but the big answer is that they now have the flexibility to do so.

Though the stories behind each debt retirement are different in plot and scope, each one reflects the grace of God and the generosity of God’s people. Ben Liston, pastor of Stanton First Church of God, offers a glimpse of common sentiment of the three congregations.

“Of course, it is a wonderful feeling to know the church no longer has the debt to worry about,” Ben reflects. “I know for the leadership [especially], it feels as though a major weight has been lifted.”

The congregation couldn’t simply gloss over the landmark occasion; pomp and circumstance was sure to follow.

“We combined the 50th anniversary of the church with a mortgage burning,” he continues. “It was a great day as we honored those who started the church and invested in those coming behind them by paying off the debt four years early. We also had a documentary professionally produced to show how the church started, where it has been, and where it is going.”

“About a year ago,” Ben explains, “I challenged the leadership to really dream about all we could do for the kingdom if we didn’t have debt. The ideas were endless, but had one common theme of sharing the gospel in our community more regularly.”

Jim Todd, who serves Kentucky Church of God Ministries as interim state pastor, gives God all the glory as he rejoices over the giant steps forward that the three churches have taken.

“Each congregation took a moment to recall the need for their building and the purpose for which they built or remodeled,” Jim says. “All were kingdom-focused. I am sure there were seasons when the debt service was challenging, but each congregation still maintained their ministry focus serving the community and supporting missions. I asked each leadership team this question, ‘Now that the debt is paid and you have this extra income, what are you planning to do with the dollars?’ One thing that I am certain of is that they will expand their ministry opportunities in sharing the gospel of Jesus through acts of service. The freedom that is experienced by being debt-free translates well to the freedom we find in Christ as he has cancelled our sin debt.”

So, what advice would Pastor Ben offer to other pastors and churches desiring to pay off debt?

“Get serious now!” he insists. “If you keep waiting for the right time, it will never be the right time. We went to the congregation and asked them to pledge, and they responded. We gave them monthly updates, and I would often mention all that we could do for the kingdom if we didn’t have the debt. We also kept enough money in the bank to pay our bills for three months, then anything over that amount went to the debt, along with the monthly pledges. In all, the church paid off $147,000 in 10 months. We praise God for his goodness in speaking to the hearts of people who gave sacrificially to see this paid off.” 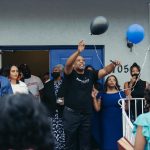 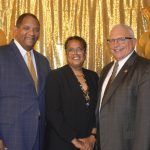