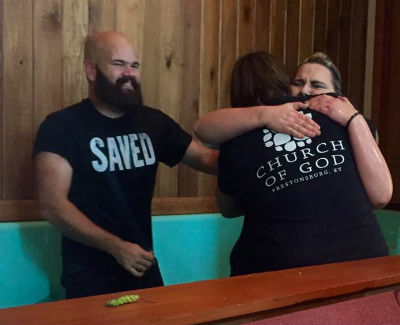 Jason Johnson was not the only one. Whether an e-mail from Church of God Ministries about the latest movement-wide emphasis, a letter from “Anderson,” asking the local church to take up a special offering, or a phone call from the “national offices” asking for a donation, if it originated from central Indiana, it was met with skepticism. After all, the landscape of the Church of God resembled less and less the reformation movement of its earliest days, and it seemed that “Anderson” was largely responsible. This was once the sentiment of Jason Johnson of Prestonsburg, Kentucky. Fast forward a few years. Pastor Jason and Prestonsburg Church of God are some of the loudest champions of the movement today. What happened?

Meet Pastor Jason. He did not grow up in church, and he is not representative of typical clergy; his Sunday style includes T-shirts and earrings. Disillusioned by denominations and stereotypical church life in America, he fell in love with the Church of God as he studied the pioneers of the movement and the doctrinal truths they espoused. “I was a Christian without a fellowship for many years,” he explains. “I often sought for what was wrong with groups, and used that as a reason to run from God’s calling.” 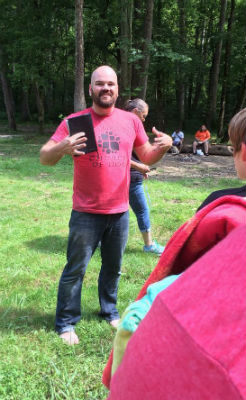 Thank you, Pastors’ Fellowship, for being the place where one young, disillusioned believer could “see the Church” and be reacquainted with the family of God. Perhaps there is no experience where rich Church of God doctrine is proclaimed so powerfully as Pastors’ Fellowship. Such doctrines resonated in Jason’s heart, which had ached for truth in the midst of institutionalized religion. “Once I fell in love with the movement, I held hard to the wonderful heritage,” Jason recounts. “I enjoyed the stories of the pioneers and the message telling others to ‘come out of Babylon.’ But during this time, I hardened my heart to anyone who saw or did things different than what I saw as truth. I was afraid of the movement becoming a denomination, and I questioned whether the movement was turning into the very thing it came out of.”

Jason wanted nothing to do with anything that might modernize the movement or cause it to look different. In his eyes, it wasn’t far-fetched to imagine what would happen to the Church of God: it would surely cease to exist. At the same time, Prestonsburg, where he was serving as youth pastor, was facing pretty steep decline. Fewer than twenty people made up the congregation when Daniel Castle stepped in as senior pastor. A God-send, no doubt, Pastor Daniel brought in fresh perspective on ministry and the movement. At that time, “Jesus is the subject” had become the refrain that echoed from Church of God Ministries and across the country. “We discussed differences that we may have with others theologically, but how we should keep Jesus at the center of our mission,” Jason recalls. “During this time, God made it clear that I could drop my fear and operate on faith.” 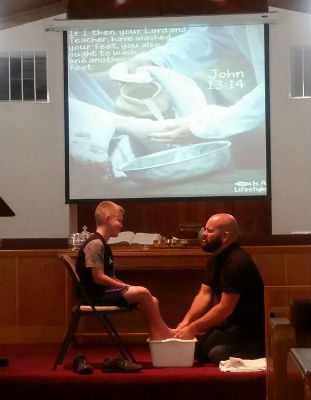 In one particular moment symbolic of the change that was taking place in the congregation, Pastor Daniel dared move the pulpit from its central location to the side of the platform where it had always stood. “I questioned it,” Jason remembers. “I’d studied the history of the pulpit, and the skeptic started coming back. Then God showed me how silly I was being. I saw souls saved. I realized people were more important than things. I would always say that, of course, but now I truly believed it.”

Sadly, an unexpected illness left Prestonsburg without a senior pastor once again. “I cried out to God, looking for direction,” Pastor Jason explains, “and the messages sent from the national ministries awoke the movement in my own heart. I saw a group of people that didn’t want to set up a denomination, but truly be a movement in our world. I was reminded of the early stories of the movement, and my heart was on fire to move as they did. So, I dropped the critical spirit to join with like-minded brethren to be a movement, not just talk about the glory days of the movement.”

The first message of the movement today that gave Prestonsburg confidence they could engage with other congregations was “Jesus is the subject.” “Boldly taking back what hell has stolen” further inspired them to join the movement of God taking place within the Church of God. “The movement’s job is to rally around the truth that connects us, not the ideas that could separate us,” Jason insists. “People today seek to be the church, not just play church. The movement’s vision directly affects the hearts of those who want to be part of change, not just sit in a pew.” 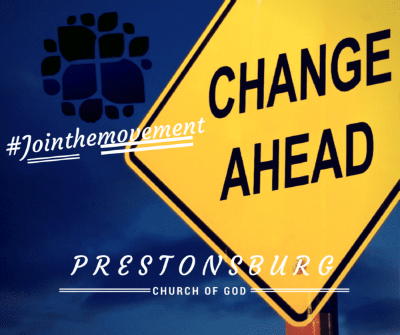 Jason Johnson served as interim pastor last year. On Freedom Sunday (March 5), he was ratified as senior pastor. For the past two years, the church’s focus has been on living for Christ—an idea which sprang forth from “Jesus is the subject.” Today the church has been stressing the concept of “Join the Movement,” which came out of a love for the Church of God and the call to reach beyond themselves. Over the past year, Prestonsburg’s attendance has tripled and the trend looks very encouraging. The altar’s been full again, and the baptistery is wet again. Prestonsburg sponsored their first-ever child through Children of Promise, and eagerly participated with Trafficklight’s efforts on Freedom Sunday. The church, which is not a congregation with much cash to spare, has also joined the movement in its financial support. Though they cannot give much by the world’s standards, they now give as much as they can each month to the collective ministries of the Church of God.

“People today don’t want to join churches and denominations,” Pastor Jason explains. “They want to be a part of something that is making an impact. Our early pioneers knew the importance of rally cries—‘Come out of Her’ and ‘Have you seen the Church?’ for example. Our rally cry is to join with the movement that God has created, to join with others who want to make impact. I use to operate on fear of losing our identity. I’ve since realized that our identity is found in Christ, and the movement is just a vessel to get people to him.”

And Jason is not the only one.

In Prestonsburg, Kentucky, across the United States, and around the world, God is on the move in the Church of God. Join the movement. Donate today at https://www.jesusisthesubject.org/join-movement/.