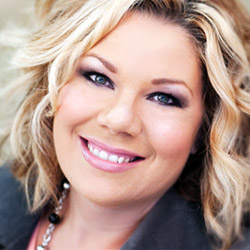 I grew up in the Wesleyan-Holiness tradition, more specifically in the fiery reformation movement known as the Church of God—Anderson, Indiana. Raised in a church that had been pastored in the early 1930s by a woman, I grew up steeped in the stories of our pioneers and their work for gender and racial equality. Before I was old enough for the youth group, I knew about Evangelist Lena Shoffner, who had preached a revival in the racist South just on the heels of the civil war. In the tent where she spoke, there was a rope hung down the middle dividing space where black and white folks could sit. As she preached the kerygma of gospel holiness and unity, she called for the rope to be torn down and the divisions to be forgotten since we are all one in Christ Jesus. Later, those who opposed Shoffner’s message of unity blew up the site where the church had been gathering.

I am not sure what it was, but as a very young child, I felt connected, felt at home in the company of a people who were committed to human rights and dignity, who believed in Paul’s words that Christ had made us one, who acknowledged there is no longer Jew or Greek, male or female, slave or free (Gal 3:26–28). This sense of unity, holiness, and justice seemed to resonate deep in my bones and, in some ways, defined me and my place in the world.

It wasn’t until later that I’d learn about the great Holiness revivals of the late nineteenth century, that I’d learn about sisters and brothers who were born of the same water and fire. All of us are descended from John Wesley’s Methodism. The Free Methodists had broken off because they believed the poor should not be excluded from worship if they couldn’t pay dues; the Wesleyans had separated during the fight for the abolition of slavery; and my own tradition distinguished itself over the insistence of inclusion, believing that all are welcome at the table of the Lord.

As I have matured, have studied, have grown, I have wondered about those early days, about the passions and call that drove us forward that seem to have been all but lost across the last century. I wonder where the fire that burned during the American civil rights movement of the 1960s has gone; where we lost our way in the fight for gender equality; how it is that we have been silent on issues of justice, have forgotten the poor and the alien in our midst. Instead, there has been much talk of justification, taking Augustine’s perspective on justification as conversion. We have busied ourselves winning souls for their safe keeping in the afterlife with no attention to living in such a way that we might make this world a better, more just existence.

This is a misunderstanding of the Pauline notion of justification, at best, and a complete and total missional estrangement, at worst. For Paul, justification cannot exist without justice, and the justice of God is worked out on this earth through the people of God who live and love as Jesus (1 Cor 15). As God’s creatures, we are saved to do the work of God in the world, to partner with God in setting all things right.

This summer, the Church of God (Anderson, Indiana) will gather in Oklahoma City, Oklahoma—a different location than where we have gathered for the past one hundred years. We will gather in a place that is not the site of our fear, not the site where in the early 1900s we asked our darker skinned brothers and sisters not to convene due to mortal threat of the Ku Klux Klan. Instead, we will gather in the city where Lena Shoffner, our spiritual mother, was called to pastor in 1903, and we will dream new dreams and we will see new visions of hope and peace and justice.

Kimberly Majeski serves as the assistant professor of biblical studies at Anderson University School of Theology and as a co-host for the ViewPoint radio ministry of Christians Broadcasting Hope.

Register for the Church of God Convention (June 23–26 in Oklahoma City, Oklahoma) at www.chogconvention.org/default.