By chogministries
Posted February 14, 2018
In All Church of God, Give Life, Western
Just Outside Yosemite National Park, Church Seeks to Restore the Wonder2018-02-142018-02-14https://www.jesusisthesubject.org/wp-content/uploads/2016/07/ChogLogo-Light.svgChurch of God Ministrieshttps://www.jesusisthesubject.org/wp-content/uploads/2016/07/ChogLogo-Light.svg200px200px 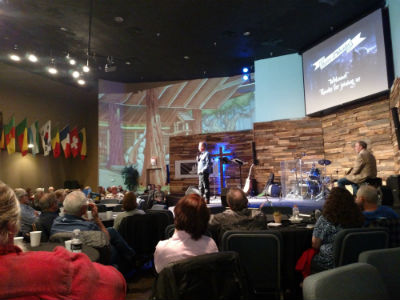 Fourteen miles south of the entrance to Yosemite National Park at the base of the beautiful Sierra Nevada in central California, you’ll find a Church of God congregation ready and raring to restore the wonder. Not the restoration of a national park or other scenic location—Sierra Pines Church in Oakhurst, California, has set out to restore the wonder of an awesome God. In their community and society beyond, they’ve come to observe a lack of wonder, certainly among non-Christians, but even among born-again believers. Through extensive local and international outreach, apologetics, and innovation that has caught the attention of some of the folks at Disney, Sierra Pines Church isn’t content to be anywhere but at the leading edge of the kingdom.

Bruce Newton, lead pastor of Sierra Pines, says that Restore the Wonder is a concept that he and a “Disney imagineer” friend came up with about three years ago. The unusual idea, requiring a capital campaign, was enthusiastically embraced by the church. As a result, the attraction is expected to open to the public late this year or early next. “Imagine, if you will, a very large cabin-like structure that, as a child enters, finds himself or herself in a forest setting, with 360-degree projection, including the roof, that sounds like, smells like, and feels like you are in the deepest forest along a stream, with stars in the sky. When the children take their seat, a guide takes them on a journey with video projection through time (via a Star Wars-type “millennium falcon explosion!”) to such places as the beginning of the universe, the town of Bethlehem at Jesus’ birth, etc. Our drama team will be craftsmen from each era, the writers of the Old and New Testaments, etc.” Imagine!

Obviously, this isn’t your ordinary renovation or new construction project. Such innovation will require powerful computer graphics development, composition of original curriculum, and working out kinks along the way that are bound to happen when trailblazing new paths. “Our staff and volunteers are truly excited about the opportunity to do something literally no other church on the West Coast is doing,” Bruce reflects. “In fact, we’ve heard that even some more Disney folks want to help with the process!”

When you live and do ministry at the gateway to a national park, you can’t help but be inspired by the natural wonders of creation. But, especially when in close proximity to magnificence, familiarity and complacency can set in. Worse yet, those who’ve never heard of Jesus Christ can come to different conclusions regarding the origin of such wonders. “This is about a true, exciting opening for any Christian to partake in a site that could draw the most cynical adult or child to consider the amazing God of the universe,” Bruce explains. “In our view, apologetics begins with an elementary school child. We want to layer in the reality of their Creator within their hearts and minds before they are met with the world’s view that attempt to take him away.” 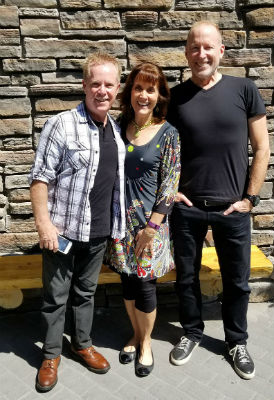 Worldview is important to Sierra Pines Church. For close to a decade, they’ve hosted an annual Worldview Congress to publicly wrestle with the great societal issues of our time. “In the late 1990s, I was increasingly concerned with the worldview narrative espoused by the larger secular educational community,” Bruce recalls. “In most respects, they have thoroughly dismissed the possibility of God, and made it fashionable to denigrate the Christian faith. As a result, impressionable young people go off to our state colleges and universities and adopt the view of the ‘obviously more intelligent’ atheistic professors they admire. Studies show that more than 85 percent of them lose their faith in the first or second year of university study. So, we determined to posit a different view to them: there are scientists, philosophers, and historians in abundance who are fully committed to the Christian worldview, and young people, as well as older people, can rest assured that faith is not an abandonment of reason or intelligence.”

Well-known speakers have addressed their Worldview Congress over the years. Church of God Ministries general director Jim Lyon was this year’s guest speaker. “Jim is quite literally someone we in the Church of God can be proud of in the highest terms,” Bruce reflects. “I can think of no one who could firmly and graciously answer the most divisive and hurtful cultural questions like him. He is a treasure.”

Sierra Pines Church, which has grown to two campuses, has a wide variety of ongoing local and state outreach ministries, including a team that makes and takes quilts to the homeless in San Francisco. Internationally, the church is responsible for sending sixteen missionaries, working with effective refugee assistance, and releasing captives of the sex trade—and that only scratches the surface of what they’ve discovered they can do when they pool their resources and united under the leading of the Holy Spirit. What a wonder!