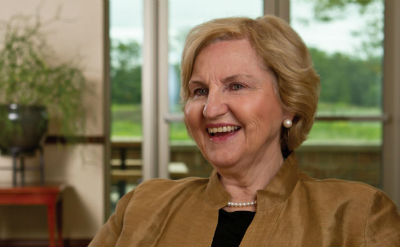 No, she is not related to Jim Lyon. But, like the general director of Church of God Ministries, her influence stretches across the globe. Jo Anne Lyon, ambassador of the Wesleyan Church and former superintendent, has established herself more so a bold ambassador for Jesus Christ, both across the denominational spectrum and society. As one of the featured speakers scheduled for each of the five Regional Conventions of the Church of God this year, she is looking forward to spending extended time with a family of believers with whom she already feels close. Many may not know that Jo Anne Lyon was influenced herself by the Church of God as a young girl.

Jo Anne remembers hearing that the only major difference between the Wesleyan Church and the Church of God was their stance on membership. “I remember thinking, ‘That’s no big deal,’” Jo Anne explains. As time passed, she became more appreciative of the witness and impact of the Church of God on Christianity and the world. One example of this was the multi-ethnic composition of the Church of God. Amid great racial division in the United States during the 1960s and 1970s, Jo Anne specifically remembers being proud (in a holiness sort of way, of course!) of her association with the Church of God. When other denominations were struggling with diversity, she saw the Church of God making great strides to practice the unity that was preached. 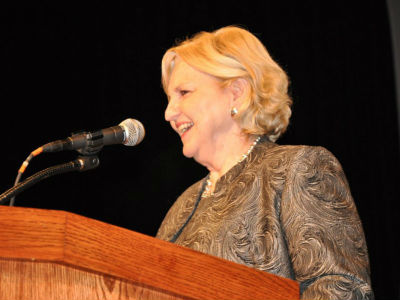 “On another note,” Jo Anne explains, “my brother-in-law Glenn Porterfield worked for many years as the music minister of First Church of God in Vancouver, Washington, with Gerald Marvel. Then there’s Jeannette Flynn, who is one of my heroes, as is Cheryl Sanders. And the list goes on and on!”

Today Jo Anne Lyon has a list of credentials that would humble the most seasoned ministry leader. From leading a denomination to founding a relief and development organization that alleviates suffering in thirty countries, to thirty years in pastoral ministry and much, much more (see her brief biography at www.chogconvention.org), there’s no question Jo Anne Lyon is equipped to speak to the Church of God at all five Regional Conventions this year. But her wealth of experience has not gone to her head; in gracious humility she is thankful for the experiences God has given her and isn’t willing to elevate any one of them as the most important. Instead, she focuses on what has fueled her leadership in each arena. “I always try to pull the common strand through all I do,” she explains. “For me, it is the Great Commission and the Great Commandment. If there is not a common strand that is one’s purpose, then all these things become separate and are a mishmash, as opposed to a tapestry.” 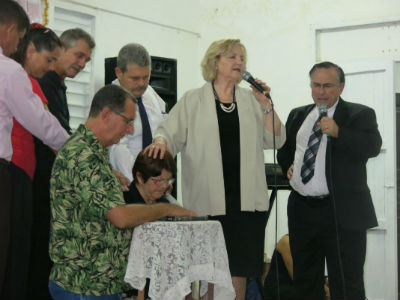 Jo Anne Lyon on a visit to Cuba.

Her unique perspective on her work allows her to maintain her soul. Yes, she has an incredibly busy schedule. Certainly, the demands on her time are significant. But intentional time alone with God and family keep her from getting burned out. “I’m understanding more and more the importance of contemplation, which is not always just silence, but being centered in the midst of activity and listening to God,” she reflects. “Always talking to my husband, and staying in touch with my adult children, [are vital].”

Jo Anne Lyon looks forward to the opportunities in Phoenix, Oklahoma City, Columbus, Fairfax, and Safety Harbor to be used by the Lord to encourage a Movement which has encouraged her over a lifetime. “I am praying the Lord will help us to rise up and be his voice and people in these days, reaching the next generation with love, justice, and mercy, which has been our history—loving like Jesus, without fear!”

For more information about the five Regional Conventions and to register, visit www.chogconvention.org.