Following an extended hiatus in an unprecedented time in history, the International Youth Convention of the Church of God is back on the calendar, and in no small or insignificant fashion. From June 30 to July 3, the Lone Star State will be home to IYC2022 and will feature, among several incredible speakers, one whose daringly different presentation style delivered fresh inspiration to those gathered in Denver for Convention 2021 and General Assembly earlier this year. Known for her spoken-word poetry, gripping personal testimony, bold exhortation, and Spirit-filled approach, Hosanna Wong is slated to take the San Antonio stage next summer by storm.

The inner-city streets of San Francisco might not be everyone’s ideal childhood stomping grounds, but it was where God had called Hosanna Wong’s family to serve. She grew up hanging out with “the least of these,” many of whom claimed no home address, fought vicious addictions, and desperately needed the hope of Jesus. Introduced to the art of spoken-word poetry at an early age, she discovered the joy of processing her emotions, sharing her story, and simply having fun with her friends competing in what she describes as the “underground slam poetry scene.” Little did she know then that God would use her skills to propel her to a platform from which she would proclaim the Good News of Jesus far and wide. 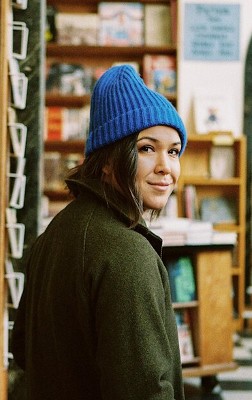 Though she’s only in her early thirties today, Hosanna Wong has amassed a quite following of believers eager to hear the messages she brings as teaching pastor at EastLake Church in San Diego, on TBN’s Better Together daily television program, and by way of Calvary Street Ministries—an outreach bringing hope to the homeless and low-income families in San Francisco, for which Hosanna serves as executive director.

And, in spite of the hurdles she’s had to cross along the way, Hosanna Wong has found her identity in Jesus alone. Hosanna’s testimony of her journey into ministry speaks for itself. “As I fell more in love with Jesus,” Hosanna recounts, “my spoken-word poems naturally became about him and, ten years ago this summer, I packed my life into suitcases and started traveling the country sharing the gospel through spoken-word poetry full-time. (I love how God will use what we love and what we enjoy to point people to him, if we let him!) It was no small step of faith. I lived in guest rooms, hotel rooms, and cots in living rooms for years, performing these pieces in prisons, recovery programs, conferences, and churches. Eventually I started preaching and sharing the gospel through sermons, as well as spoken-word poetry. But before I ever preached a full sermon, I first learned how to talk about Jesus through spoken-word. Spoken-word poetry taught me the power of authenticity. I learned that people don’t want to be impressed. People want to be known. People want to be seen. People want to know they are not alone. Years later, as I now preach sermons, and lead team, I never want to forget that.”

She describes the calling of Christ as “hard, humbling work, the dying-to-yourself work” that involves “getting your favorite clothes drenched in fresh mud in order to be in the dirt with people who are feeling defeated on an active battlefield.” At the same time, she knows that Jesus “has real answers for our real questions” and “real healing for our real hurts.” Therefore, she cannot stress enough that, like Emmanuel—God with us—we must, too, be willing to be in the trenches of life with others, especially the hurting and the hopeless.

“We don’t want to say statements that sound super spiritual but don’t serve people where they really are,” she explains. “The key to reaching people is to not aim to be above, but to aim to be with. People know when you don’t really care about their lives. Why would they believe Jesus sees them and wants to know them, when Jesus-followers don’t even see them and want to know them?” 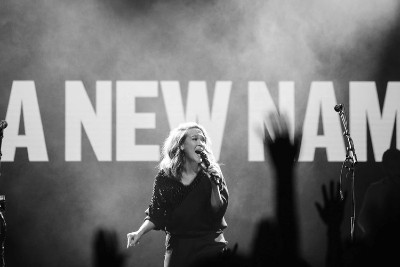 Hosanna Wong has so much more to say, and we’re all ears. In an extended conversation with Jim Lyon accessible on the All That to Say podcast, she offers reflections on the global pandemic, identity, and lessons learned in ministry as each topic relates to faith, loss, and leadership. Watch and listen to the fascinating conversation on YouTube at https://www.youtube.com/watch?v=CLhOvBjG7hM. Learn more about the podcast and tune in via other channels via https://www.jesusisthesubject.org/all-that-to-say/.

The theme for IYC2022 is “Upgrade.” Based on Isaiah 43:14–21, next year’s International Youth Convention of the Church of God will take a closer look at what it means to surrender, to discover the new thing God wants to do in our lives, learn what to do when life gets difficult, and declare the new thing God has done within. Consider Isaiah 43:18–19, “Forget the former things; do not dwell on the past. See, I am doing a new thing! Now it springs up; do you not perceive it? I am making a way in the wilderness and streams in the wasteland” (NIV).

Student ministries and youth groups everywhere won’t want to miss this unique opportunity to “upgrade” and hear Hosanna Wong speak life to all who will listen. Register and learn more about IYC2022 San Antonio, Texas, at www.iyc2022.org. Stay tuned for more speaker and artist announcements! 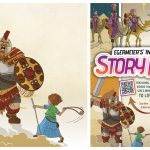 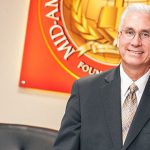