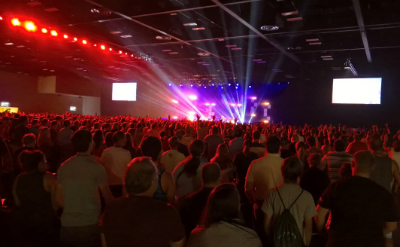 Photo: Worship with thousands of students at IYC2016.

Words fail to adequately describe the total impact of the fiftieth International Youth Convention of the Church of God on students and leaders alike. Four consecutive days at the beginning of July 2016 proved to be transformational for untold numbers gathered in the Henry B. Gonzalez Convention Center in downtown San Antonio, Texas. Reports have already surfaced of first-time commitments to Christ, rededications, renewed hope, and calls to ministry. Though the previous forty-nine conventions were powerful and life-changing, even veteran leaders are citing something uniquely incredible about the move of the Holy Spirit at IYC2016. From the high-intensity worship, to the no-holds-barred messages of truth and grace, to the citywide service projects and the Silent Walk, IYC2016 offered the perfect conditions for life-changing encounters with the living God. 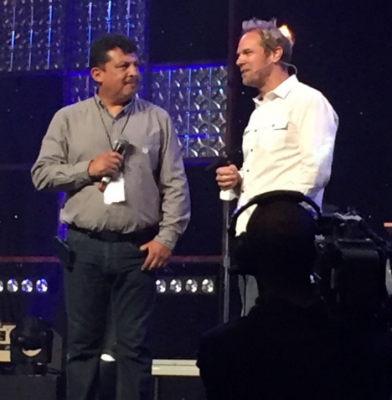 The humidity was high and the mercury climbed above the century mark, but that did not stop thousands of teenagers from giving back to their host city through as many as sixteen different service projects. In a poignant moment on stage, Pastor Daniel Flores expressed his sincere thanks for the role Impact San Antonio played eight years ago in helping launch Iglesia Luz De Vida. In 2008, IYC and the Hispanic Council worked together to make the launch of the San Antonio church plant possible. Beyond financial support, IYC students distributed door hangers and water bottles to spread the word about the Hispanic church. “The people of San Antonio will know we have a powerful God, a faithful God—an amazing God!” Flores reflected.

Speaking of spreading the word—this year, students flexed their generosity muscle and gave a $37,896 to promote missions and global evangelism through the Spread the Word offering. One youth leader cited tears of joy upon realization that the money disbursed for souvenirs was put in the offering instead. Also on the missions front, Global Strategy introduced a new initiative called A.One.8, set to take youth-missions involvement to a whole new level. Look for more information about A.One.8 coming soon to www.chognews.org. 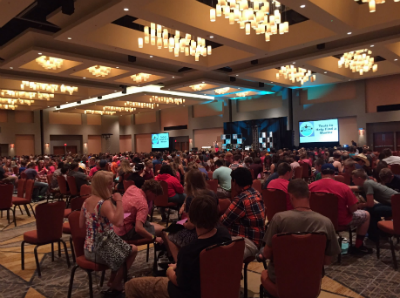 Yes, there were times of fun and entertainment—the Skit Guys were as hilarious as ever, but there was a message behind every jab and quip. Sure, thousands of teens locked arms and jumped up and down, but the joy they sang about was seriously rooted in life change. Hundreds of students indicated a call to Christ-centered leadership by attending the Emerging Leaders gathering, and the conferences and teaching wasn’t about feeling good—it was about challenging students to a closer walk with God.

As Jefferson Bethke pointed out, “What hinders a relationship with God is knowing the facts, but not really knowing Jesus. Go west, go back to Eden! Back to where God created you, back to where God calls you to deeper intimacy with him.”

Or as Sean McDowell insisted, “If you seek truth with all of your heart and mind, you’ll find Jesus, because Jesus is the truth.”

Or as Robert Madu emphasized, “God cannot change who you pretend to be. He can only change the real you.”

Or as Brenda Salter McNeil boldly proclaimed: “Come together, Church of God! Jesus is our subject, so be a verb! Move! Get out of your holy huddles! I’m not just singing, ‘Kumbuya.’ I’m saying, ‘Not on my watch!’” 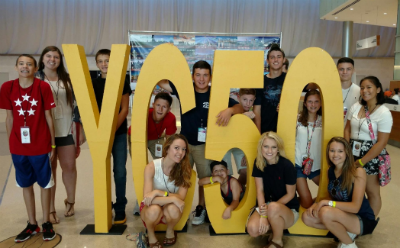 The level of social media activity during #IYC2016 was unprecedented. It was also overwhelmingly positive. The following is sampling of the hundreds, if not thousands, of tweets: “IYC was an empowering experience.” “God truly spoke to my heart.” “An amazing experience—thank you, Jesus.” “Great, great, great.” “Moments like these truly make me so thankful to be a part of the body of Christ.” “You dudes should totally just keep this event going like another week. That’d be pretty rad.” “The best part—one of our youth gave his heart to Jesus before we took Communion at the Silent Walk!” “IYC2018—can’t wait!”

As a new day dawns in the Church of God, new energy is seeping into all of our events and ministries. One person commented, “Always amazed at how connected Church of God Ministries is—even globally. I love it.” “Thank you, Church of God, for loving youth.” A pastor and his wife from the Northwest, who had never before experienced IYC, tweeted to Jim Lyon, “Wonderful first experience for [us] at #IYC2016.”

Jim, who took time out of his busy schedule at the convention to spend focused time with the students—even sitting down to play card games with them—said of IYC2016: “San Antonio is coming to a close, but in a way, it’s just the beginning. So moved by the power of the Spirit unleashed when Jesus is the subject.” 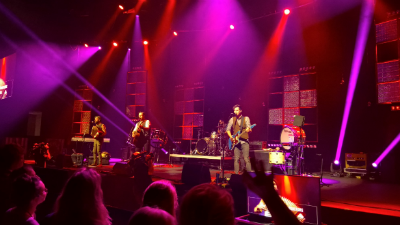 Most students only get the chance to attend IYC twice in their life. Almost without exception, there’s a feeling of disappointment after their second IYC. It’s a feeling that connecting with brothers and sisters in the Church of God to worship under leaders like Alanna Story, and to hear challenging messages from dynamic speakers like Francis Chan, is now a thing of the past. Don’t believe it! IYC isn’t the only convention Church of God Ministries hosts. Learn more about the Church of God Convention and Regional Conventions at www.chogconvention.org.

Robert Madu’s charge to the IYC2016 crowd that lingers still in the hearts of many who attended the fiftieth IYC was, “This isn’t Las Vegas. What happens here cannot stay here! Share it!” We have a new generation of Christ-centered disciples rising up in the Church of God. Students and leaders, it’s time to tell it, share it, and live it!

IYC2018 will be held in Indianapolis, Indiana.

For a free download of the thirty-day IYC2016 devotional, visit www.iyc2016.org. To view the series of IYC life-change videos premiered at IYC2016, visit http://iyc2016.org/life-change-videos/.