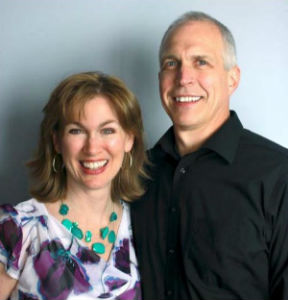 ASSIGNMENT: Mark will oversee and improve business operations at the
outpatient clinic in Haiti. Mark will coordinate and lead short-term medical trips to provide medical services not otherwise available in the St. Ard area.

INTRODUCTION: Mark was embraced by Christ and involved in ministry from an early age. He earned his BA in biology from Indiana University (IU), Bloomington, Indiana followed by his Doctor of Dental Surgery (DDS) from IU School of Dentistry. After accepting Christ as a teenager, Kathy attended IU and received a BA in quantitative business analysis and later pursued a master’s in speech pathology from Ball State University, in Muncie, Indiana.

While attending Indiana University, Mark and Kathy began dating when participating in a musical variety show. After the completion of their undergraduate degrees, they married and have been together for more than thirty years. They have three adult children and two grandchildren.

During the early years of his dental practice, Mark served on a medical missions committee for the Church of God. Through this group, Mark and Kathy first felt God calling them to go on a weeklong mission trip to Haiti, where some basic dentistry was desperately needed. While in Haiti, God placed the people of Haiti in their hearts, and Mark and Kathy knew that the trip was just the first step of an adventure with the Lord in Haiti.

Through the years, the Fultons have worked with other missionaries and mission organizations to establish a medical clinic in the village of St. Ard, Haiti. In 2005, the 8,000-square-foot clinic officially opened and now employs twenty indigenous personnel who provide medical, dental, and basic care to the underserved population in that area. As the clinic was being developed, the Fultons realized that they needed assistance in the management of the clinic as well as accountability for the ministry, which birthed Mission Haiti Medical Inc, a nonprofit organization. The complexity and time commitment to manage the clinic are continuing to grow as services are constantly being added. Mark and Kathy’s call to Haiti has continued to grow stronger, and now with the demands of the clinic becoming greater and greater, God has placed it upon their hearts to move to the country where their call was originally felt.