Into the Wild Blue Yonder, Behind a Desk, and Everywhere in Between

By chogministries
Posted July 6, 2016
In All Church of God
Into the Wild Blue Yonder, Behind a Desk, and Everywhere in Between2016-07-062020-02-29https://www.jesusisthesubject.org/wp-content/uploads/2016/07/ChogLogo-Light.svgChurch of God Ministrieshttps://www.jesusisthesubject.org/wp-content/uploads/2016/07/ChogLogo-Light.svg200px200px 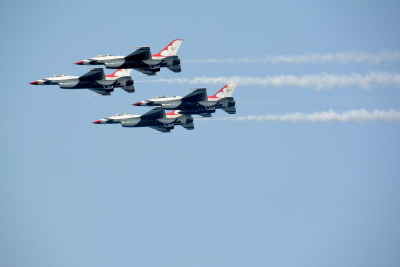 They call it total force. The United States Air Force utilizes this idea to limit the differences between what it means to be active-duty, in the Reserve, or in the Air National Guard. Members undergo the same training in order to function as a single body. Among chaplains, reservists are ready to go, should they be called up to active-duty service. Among chaplains, there is also a common goal—to provide for the free exercise of religion, all while representing Jesus Christ by the way they labor, listen, and love. Sometimes they find themselves stretched and blessed in ways not typically seen at the local church. More often than not, however, these ordained ministers of the Church of God simply do what all pastors do. Their nontraditional setting is what sets them apart. Four Church of God chaplains to the Air Force reveal the ups and downs, as well as the everywhere-in-betweens of Air Force chaplaincy. 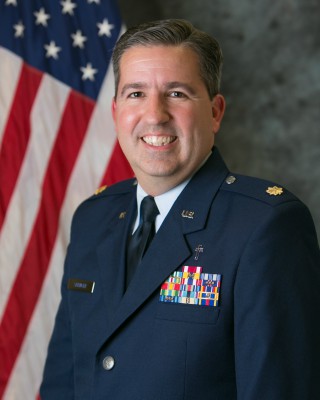 William “Spence” Spencer has served the Air Force for a total of seventeen years—five in the Reserve and now twelve on active-duty. Reflecting on the time that has passed since his commissioning service during the 2004 Church of God Convention in Warner Auditorium, he says he has learned a lot and grown as a minister and person. “Since the military is a hierarchical culture, it is easy to get caught up in position and having rank,” he explains. “The key to effective leadership is to stay humble and maintain the heart and attitude of a servant.” Major Spencer takes time to listen to life stories, hearing the pain and grief of those facing great challenges. But all the while, he’s representing Jesus Christ and the Church of God. It’s a tremendous responsibility for him, but it’s also a huge blessing. “I am truly honored to represent the Church of God as an Air Force chaplain,” he explains.

As an active-duty chaplain, Spencer is fully immersed in Air Force life and culture. Though he’s more separated from civilian life, the opportunities he has to foster life-changing connections are plentiful. “It’s a privilege to be fully immersed and accepted in the Air Force culture,” he explains. “Our job is not to stay in the chapel, but to become fully engaged in the life and work of our assigned unit.” As such, if his assigned unit is a flying one, he may find himself going off into the wild blue yonder. These conditions provide the atmosphere necessary for transformative, confidential counseling. Like other chaplains, the Air Force chaplain’s role also includes baptisms, weddings, memorial services, teaching, and much, much more. 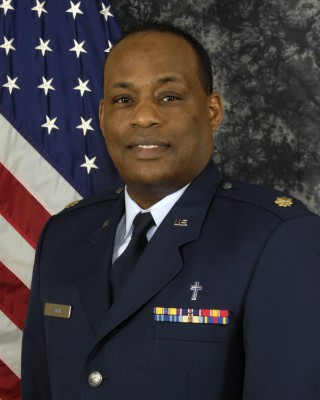 The Air Force Reserve has given Obadiah Smith wide flexibility to represent Christ in a variety of capacities and settings. This highly awarded “Officer of the Year” and “Outstanding Chaplain” for the entire United States Air Force Reserve has been at it for nineteen years. Lt. Col. Obadiah Smith Jr. explains that this greater flexibility has nothing to do with a lesser responsibility. In fact, one could argue just the opposite. Because chaplaincy for the Reserve means both military and civilian involvement, balance between the two is paramount. Many also serve as local pastors, though they must be ready to be called up into active-duty at any time. “It’s an obligation to two worlds,” he explains. “Not only that, but Reserve chaplains also have to face reservist who are balancing the same two worlds.” 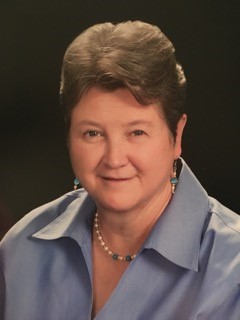 Though now retired, Elaine Henderson and Les Mosier each served as active-duty chaplains and as reservists. She put in twenty-seven years and he put in twenty-five. Lessons they learned have application for all of us today. Elaine, who also served the Ohio Air National Guard, reflects, “Learning to live in the present moment with other humans and reminding them to do the same was a challenge to me because I wanted desperately to be God’s ‘special agent for fixing.’ Everything worked better when I relaxed and didn’t grunt and groan so much. I think my prayer for chaplains today would be to accept their own humanity.”

Elaine learned to let things go that she could not change. She learned to clean off her desk at the end of the day and write a note of the three things most important to accomplish the next day. Then she would take a deep breath and give it all to God for the night. Now that’s some practical wisdom! 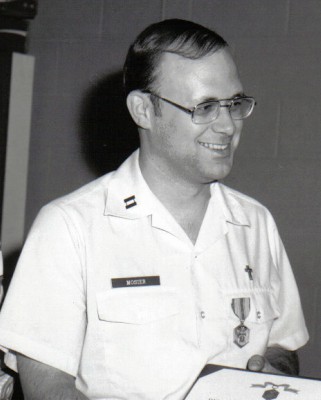 Les Mosier’s time as chaplain taught him humility, integrity, and boldness—qualities he prays embodies today’s chaplains. “I learned to lead with humility, accept criticism, not to fear challenges, embrace the unexpected, ask for help…and to accept people and circumstances as they are and not as I wish they were,” he explains. Because God is known for working in mysterious ways, Les insists that it is important to remember that success in our eyes does not always equate with success in God’s eyes.