By chogministries
Posted September 26, 2022
In All Church of God, CHOG
Inspiration amid Instability: Missionaries Offer Glimpse of a People’s Faith, Resolve2022-09-262022-10-20https://www.jesusisthesubject.org/wp-content/uploads/2016/07/ChogLogo-Light.svgChurch of God Ministrieshttps://www.jesusisthesubject.org/wp-content/uploads/2022/09/mark_fulton_and_dr_cetoute_medical_chief_of_staff_2022_adj.jpg200px200px

Haiti. Mere mention of the disaster-ravaged nation elicits vivid imagery of a people’s plight linked to dire socioeconomic circumstances. A vexing combination of vacant executive governance, delayed elections, financial collapse, gang control, underdeveloped infrastructure, gas shortages, double-digit inflation, frequent kidnappings, violent protests—and supply chain issues stemming from all of the above—has placed severe strain on every sector of society. Unable to escape the fallout, the church and medical community strive nevertheless to maintain the critical services upon which countless have come to depend. At the intersection of ministry and medicine, Global Strategy missionaries Mark and Kathy Fulton embrace their life’s calling. Clarifying the headlines and cutting through the hype, they offer not only an update on the continuing calamities, but also a glimpse of a people’s fervent faith and remarkable resolve.

Mark and Kathy Fulton were commissioned as missionaries for the Church of God to Haiti in June 2014, but their love for the land was sparked as early as 1993. That was the year the couple embarked on their first short-term medical trip led by Jamaican-born missionary Phyllis Newby. In the decades that followed, God sovereignly arranged the puzzle pieces one by one until the picture was clear—the Fultons would relocate there in January 2015. 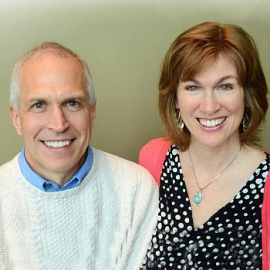 By the time Mark and Kathy called Haiti home, their years of relationship development with the locals came to fruition in reputation and rapport. While some missionaries are called first followed by specific geographic direction, Mark says it was different for them. “For us,” he says, “God made clear the place and continued to work in us to define the scope and circumstances of the call on our lives.”

Though headlines about Haiti may have been few and far between until the historically horrific earthquake of 2010, Mark and Kathy explain that disaster is nothing new to the nation. Numerous natural and human-inflicted crises checker the country’s past and present and, as the Fultons note, “many books have been written chronicling the twists and turns of Haiti’s history….” Mark goes on to describe the 2010 earthquake as not only a defining milestone on the timeline of the country, but also a moment in which the media re-defined the world’s view of Haiti.

“After the earthquake of 2010,” Mark explains, “the world’s attention turned to Haiti’s plight and significant relief aid came to Haiti. Many programs were established and buildings constructed, but the bulk of the assistance came in the form of ‘relief,’ not in the form of development and sustainable programs. As time marched onward, the initial funds were depleted and the lack of sustainability became evident, leaving Haiti potentially in a worse economic position than before the earthquake. Couple this with the time of COVID, the increase in gas prices worldwide, and double-digit inflation, and the bad situation has become worse.”

Perhaps the greatest strength of the Church of God hospital in Saintard, which has become the primary base of ministry for the Fultons, is its indigenous operation and strategic sustainability. Not unlike many parts of the world, Haiti has often been served by well-intentioned charities, ministries, and individuals from the outside whose work brings temporary relief but yields long-term dependency. 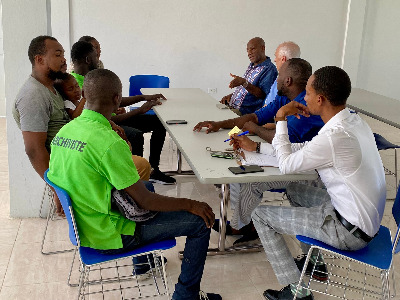 “Working cooperatively between Haitians and foreigners, so both groups can learn from each other and collaborate,” Mark explains, “can be beneficial for all parties involved. Relying only on foreign talent can result in fostering dependence in nationals, a feeling of disenfranchisement, and can result in long periods where operations cease to exist because of the inability of foreigners to travel to Haiti. Our calling is to work collaboratively with Haitians, help support their vision, fill in gaps temporarily, and seek longer-term solutions where those gaps exist.”

Financial and personnel sustainability are vital to the ministry of the Church of God hospital in Haiti. Without subsidies, the medical facilities in rural Haiti are especially susceptible to closure. While government programs and health insurance companies foster an environment suitable to accessible and affordable health care in the United States, Haiti’s lack of such supporting structures spell disaster apart from the involvement of the church or other institutions. Approximately seventy Haitians staff the Church of God hospital in Saintard and, though the opportunities for educational growth are minimal, the Fultons continually seek strategic solutions like technology to meet the need.

Still, the current conditions of the country contribute to an all-too-common theme. Kathy explains, “In general, although Haitian Christians hold tight to their faith in a loving, righteous God, there is a palpable feeling in the air of acute discouragement. In the past, Haitians have used a phrase ayiti tèt anba, which translates to ‘Haiti is upside-down,’ essentially, everything is backwards from the way it should be. Now we are hearing ayiti fini, ‘Haiti is finished.’” With prevalent predispositions toward hopelessness, it’s that much more important that the work of the Haiti hospital and the ministry of the Fultons continues to be supported. The Church of God in Haiti is an ever-present witness to higher, hopeful perspective part and parcel to the Christian experience. In spite of the challenges, the Fultons observe that the Church of God in Haiti worships God “richly” and places full reliance on God to endure each day. Much of this foundation of faith can be credited to a heritage established and nurtured by Phyllis Newby and a slew of Church of God missionaries then followed in her footsteps over several generations. 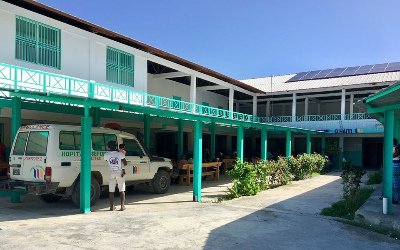 “Haiti is so much more than the sum of its troubles,” the Fultons express. “Haiti is a place of great natural beauty, with people who function in community, thinking of ‘people first,’ rather than making tasks the priority. Haitians are a people who worship with passion and have deep faith.” As such, Kathy makes the following observation: “I have often found it curious that Americans come to Haiti to evangelize, rather than coming to discover the strength and depth of a Haitian’s faith in God despite unthinkable conditions. Haitians want people around the world to know their plight, but they also want the conversation to go on from there, to all the incredible parts of Haiti and Haitian culture that make it beautiful.”

Petitioning the loving heavenly Father to intervene on behalf of the people of Haiti, the Fultons regularly plead for peace, for good and honest government, even for the salvation of gang leaders. They intercede on behalf of the hospital for the doctors and their safe commute, for the staffing needs, and educational opportunities. They pray for the patients who require transport to larger facilities and they pray for those persons who God will impress among the next generation of missionaries.

May the persistent prayer of Mark and Kathy Fulton be our prayer, as well.

Learn more about the ministry of Mark and Kathy Fulton, and discover opportunities to get involved, at www.chogglobal.org/team/mkfulton. 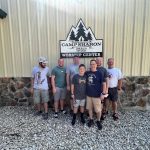 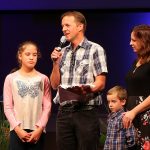