By chogministries
Posted March 6, 2017
In All Church of God
Initial Reports Offer Glimpse of Freedom Sunday 2017 Impact2017-03-062017-03-06https://www.jesusisthesubject.org/wp-content/uploads/2016/07/ChogLogo-Light.svgChurch of God Ministrieshttps://www.jesusisthesubject.org/wp-content/uploads/2016/07/ChogLogo-Light.svg200px200px 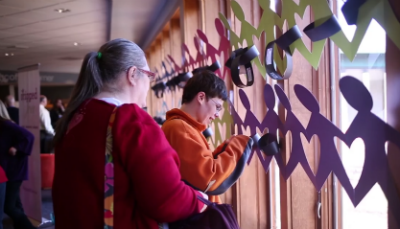 The Church of God first took a stand against human trafficking in India more than a century ago. With the inception of CHOG Trafficklight in recent years, the issue has returned to the forefront of ministry made possible only when Church of God congregations rally together. Once again, the Church of God is fighting side by side not only to raise awareness of trafficking, but also to attack the issue at its root. On March 5, 2017, Church of God congregations across North America and beyond showed the same video announcing the launch of Trafficklight 2.0. Many also gave financially to support the Church of God initiative as they renewed their commitment to engage the battle—even in front of screens both large and handheld. The Holy Spirit’s presence was palpable, and several churches have already shared stories of God’s hand at work.

Nancy Klebaum of Riverbend Church of God in Saskatoon, Saskatchewan, shares that the worship music, the prayer, and the message presented on Freedom Sunday was “sobering, but filled with hope at the same time.” The church welcomed a special guest from Hope Restored, a new ministry in Canada that offers a holistic approach to restoring victims of trafficking. “I am so excited to be a part of a tribe that, since its beginnings over a hundred years ago, has worked for social justice and the fight to end oppression,” she explains.

Cypress Street Church of God in Monroe, Louisiana, also found that including a local component enhanced the Freedom Sunday experience. They invited one of the board members of Project 41, a local anti-trafficking ministry, to speak. Like last year, they split their Freedom Sunday offering between the local agency and CHOG Trafficklight. They also collected practical supplies to donate to Project 41. Though the church averages only about eighty in attendance, this year they once again cleared the $1,000 mark in donations! “It’s something our church has become very passionate about,” Pastor Neil Oldham explains. “In 2016, we addressed the problem of pornography along with trafficking, and now we’re seeing Trafficklight do the same. It’s an opportunity for pastors to address a difficult subject and help the church not contribute to the problem of human trafficking.” 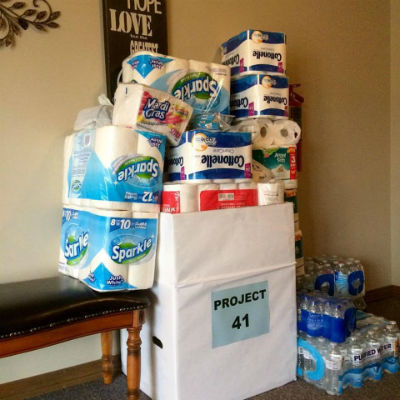 Church at the Crossing also recognized and acknowledge the dilemma of trafficking close to home. The Indianapolis congregation observed Freedom Sunday a few weeks early, but collected more than 160 gifts for a local outreach and featured guest speakers from local ministries pursuing freedom for the captive.

Doug Anderson, outreach coordinator at Jones Chapel Church of God in Meridian, Mississippi, explains that their church has shown videos from each of the Trafficklight partners leading up to Freedom Sunday. In addition to a sermon on the subject of “hardened hearts,” as well as special prayer and offering, the church also showed a creative video from the Christian band Tenth Avenue North called “For Those Who Can’t Speak.” Doug reflects, “We’re grateful for CHOG Trafficklight and the opportunity for Jones Chapel Church of God to be a part.”

Priceless, a film produced by the Christian band For King and Country, was a part of the Freedom Sunday experience for the Church of God congregation in Prestonsburg, Kentucky. Stories of impact were also shared and a substantial offering was collected. But most exciting for Pastor Jason Johnson was the young man who received ultimate freedom on Freedom Sunday—salvation. Jason emphasized the need for his congregation to be proactive instead of reactive in the fight against trafficking—as well as in living out the faith, in general. “Is your faith a steering wheel or a spare tire?” he asked. “Do you allow it to guide you to your destination, or only get you out once trouble has come? To work toward ending sex trafficking, we are proactively reaching out to stop it before it impacts our loved ones. By understanding that we need to stop the market, we will need to help bring about change in the hearts of men.”

Have you registered for Church of God Convention 2017? The official rollout of Trafficklight 2.0 will take place at Freedom Summit at the conclusion of the convention in Wichita. Register at www.chogconvention.org.

Did the Spirit move in a powerful way at your church on Freedom Sunday? Was your church especially creative in its approach to raising awareness of human trafficking? Visit www.chogtrafficklight.org to submit your story today! Thank you.

Learn more and donate to the fight for freedom today at www.chogtrafficklight.org.