To say basketball is “big” in Indiana might be a bit of an understatement! “Basketball rules the day in our area,” said Justin Brown, lead pastor of Monroe City First Church of God, which is located in the southwestern quarter of the state. That’s why when church leaders decided to start a youth sports outreach, they chose hoops first.

“There were multiple reasons for starting our program,” explained Pastor Justin. “We began with basketball because, in Indiana, basketball is king/queen. There are several leagues available, but many of them are not affordable for kids in our area or are a little more competitive than what interests them.”

Discussions about the program began in 2021 when many of the larger sports programs in the area were shut down due to COVID.

“We knew when they began again, people may be hesitant to jump back into a large league. Then we looked at the financial situation of our area and realized we may be able to help with both obstacles,” said Pastor Justin. “We began to think through how we could change the story of how young kids in our area could interact with one another.” 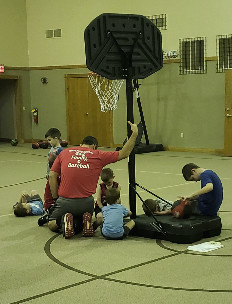 Prayer incorporated into the basketball program.

Under the umbrella of the nationally recognized Upward Sports program, the church launched its MC Church Upward Sports program in late January of this year with basketball and cheerleading programs for kids from preschool through 6th grade. The program just concluded in early March.

Surprisingly, the cheerleading program was almost as popular as basketball.

“We heard from several that they weren’t interested in one of the traditional sport offerings, but their young ones would be interested in something to keep them active,” he said. “We found there was almost as much interest for cheer as there was for basketball, so we listened and provided it.”

Plans to branch out and include other sports are in the works, as well as adding more weeks to make the program eight weeks long instead of four.

“Our hope is to have three to five programs a year involving different sports,” explained Pastor Justin. “We use our gym for now, but as our leagues grow, we have plans to partner with an old schoolhouse turned community center that sits directly across the highway from us.” 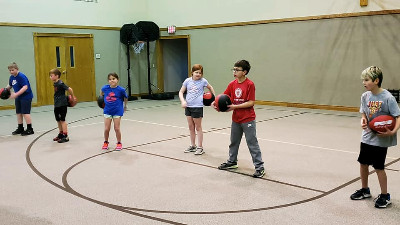 But as much as Hoosiers love basketball (and cheerleading), the larger purpose of the program became evident in the past few months.

“It was an opportunity to share with our young people and their parents the love of Christ, either directly through a short devotion or indirectly through the way the actions of our coaches showed them love,” Pastor Justin said.

Spurred on by the Chapter 4 Institute/Change the Story initiatives, these sports programs are just the beginning.

“As we walked through Chapter 4, these sports leagues became a launching point for a much larger undertaking to serve our community,” he explained. “While this is our ‘end’ of Chapter 4, it is only the beginning as well. Through the tools and discussions of the C4, we have recently sold our parsonage with the intent of using those funds, not for our building or our services, but to change the story of our community.”

Learn more about Chapter 4 at www.jesusisthesubject.org/chapter4. 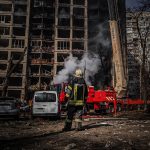 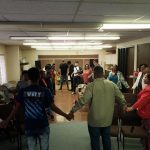