In the Midst of Babylon: Convention 2021 Speaker Advocates Alternative Story

By chogministries
Posted May 17, 2021
In All Church of God, CHOG, Church of God Convention
In the Midst of Babylon: Convention 2021 Speaker Advocates Alternative Story2021-05-172021-05-14https://www.jesusisthesubject.org/wp-content/uploads/2016/07/ChogLogo-Light.svgChurch of God Ministrieshttps://www.jesusisthesubject.org/wp-content/uploads/2021/05/rick_mckinley_collage_adj.jpg200px200px

From the earliest days of the Church of God movement, the rally cry from pulpits everywhere was to “come out” of Babylon. While the witness of Christ-followers has certainly been clouded by the confusion and strife of God’s church divided by denominational boundaries, compromise with the culture of Babylon poses a similar threat. Rick McKinley, founding pastor of Imago Dei Community in Portland, Oregon, observes the need for differentiation from the prevailing winds of popular culture as those who proclaim the message of Christ embrace their “exile identity.” Not shying away from potentially contentious conversations about Jesus, justice, and righteousness, this Convention 2021 speaker advocates for a people of God who live out an “alternative story in the midst of Babylon.”

Rick McKinley grew up in the Bay Area before moving to Portland for college. Without any real understanding of Jesus or the church, he ultimately accepted Christ without the baggage that sometimes accompanies religious predispositions and preconceived notions. Remaining in Portland, Rick discovered his salvation story positioned him well to do ministry in the city. 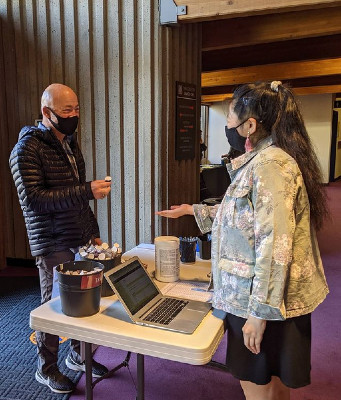 “I love Portland because, like me, there is not a religious memory here,” he explains. “As an unchurched city, Portland is very much a progressive secular city and a mission field. Portland is a city that promises people freedom to be who they want to be, whatever that is, but that freedom comes at a cost and the poor are the ones who ultimately pay for the Portlandia myth. Gentrification has pushed the black community to the outer edges of the city where first-generation families are relocated through immigration. Food deserts, strip clubs and used car lots dot the streets of outer east Portland where huge swaths of need have arisen. So, Portland is like most urban cities on the west coast, a mixed bag of beauty and mess, and in my reading of Scripture, those are the types of places the kingdom of God can flourish.”

The church Rick founded took on the name Imago Dei, subtly conveying a welcoming invitation to all—every human being, each bearing the image of their Creator. While the exile culture surrounding Christian existence might rather include some to the exclusion of others, Rick’s church took a stand for what’s right and just, according to God’s Word. “Everyone is created in the image of God and bears that image whether knowingly or not,” Rick remarks. “We see the value in the whole person and try to take the gospel to the whole person. It is important because the world, and sadly often the church, tends to determine peoples’ worth by factors of ability, race, gender, etc. Instead, God’s image-bearing people have intrinsic worth from the womb to the tomb, and we are called to recognize and honor that worth. As followers of Jesus, we are called to offer God our whole person in whose image we bear.” 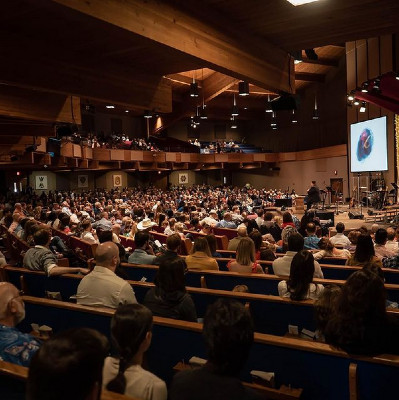 Sadly, the institutional church has too often resembled its exile culture more than the countercultural Christ. Church people may not even know it’s happened until the damage has been done. Even when prominent voices who say they represent Christ preach partial truths or communicate distortions of the whole gospel, the God’s church must dare to boldly go against the grain.

“I think it’s crucial that the church understand the symmetry between doing justice and proclaiming Jesus,” Rick insists. “A false dichotomy has been created and, in doing so, we have lost an embodied witness that is being the faithful presence of Jesus and the prophetic witness for Jesus. Part of the challenge is that the church is no longer in the center of culture but on the margins of culture. I think too many churches are still lamenting that and trying to regain that center. In the Bible, we see that God’s people are at their best when they understand their exile identity: in the world but not of it. This is the place of mission where the church lives out an alternative story in the midst of Babylon. This is where we develop practices of faithfulness so that we expand our witness, instead of being assimilated by the cultural forces around us. This hunger and thirst for justice and righteousness is unique in its expression for the people of God, and Jesus is the center of that witness.”

From the intentional diversity of the church’s staff, to the numerous grant-supported community initiatives lay leaders are encouraged to launch, Imago Dei Community is demonstrating they’re all-in for the holistic, Jesus-centered gospel they teach. Jim Lyon, general director of Church of God Ministries, enthusiastically invites the Movement to “come and see” what Rick brings to the table at the Church of God Convention in Denver. “Portland Monthly has named Rick one of the fifty most influential people in Portland—a city wrestling in the last year, especially, with its sense of self and the larger crises of our time,” Jim explains. “Multi-sited, multi-generational, multicultural, Imago Dei is one in Christ, motivated by a vision Rick describes as a ‘wild mosaic of people who collectively create an otherworldly picture of the kingdom of heaven on earth.’ Jesus is at the center of that vision.”

Convention 2021 & General Assembly is June 26–29 in Denver, Colorado, with both in-person and virtual options. For more information, and to register, visit www.chogconvention.org. 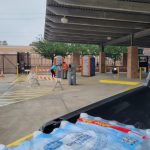 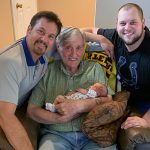 Household of Faith: Pastors Cherish a Long Legacy in the Church of GodAll Church of God, Central, CHOG, Southeast