In Support of Women in Ministry Leadership: ‘Not in My Neighborhood’

By chogministries
Posted August 15, 2016
In All Church of God
In Support of Women in Ministry Leadership: ‘Not in My Neighborhood’2016-08-152020-02-29https://www.jesusisthesubject.org/wp-content/uploads/2016/07/ChogLogo-Light.svgChurch of God Ministrieshttps://www.jesusisthesubject.org/wp-content/uploads/2016/07/ChogLogo-Light.svg200px200px 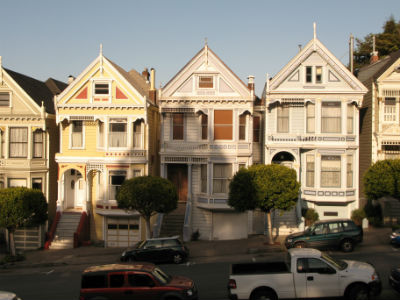 Would a woman pastor be welcome “in your neighborhood”?

Since the beginning of our movement, women were affirmed in their leadership gifts. For generations in the Church of God, the church affirmed and called women as senior pastors, evangelists, missionaries, and national leaders. Since the early days of the movement, women in key leadership positions have blessed the church with their gifts. I grew up in the Church of God that had Slovak roots in Johnstown, Pennsylvania. In the early days of the church, women sat on one side and men on the other. Because of its eastern European heritage, men were the unquestioned authority in the home. You would think that because of the influence of eastern European culture, the church would be very resistant to women in leadership, but the opposite was true.

Through the years, the church invited numerous female evangelists to hold revivals. As a child, I remember a female African-American chalk artist who did an incredible week-long revival at our church. Amazingly it wasn’t even on their radar to resist female leadership in the church. At our Slovak camp meeting in Hubbard, Ohio, Sister Lillie McCutcheon was a rock star. She was the featured evangelist at Hubbard many times. What could it have been that caused people steeped in the patriarchal eastern European culture to open their arms to female leadership? 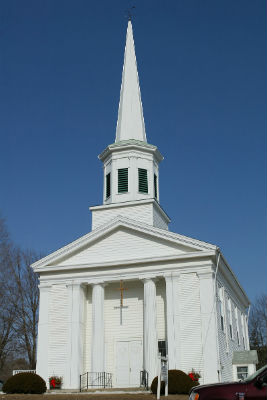 Second, and more poignant—for Karl Matas—the Church of God welcomed him when others did not. My grandfather faced his share of prejudice when he came to America to work in the steel mills of Johnstown. He was derided, called names, and made fun of, but he knew he mattered to the Church of God. The Church of God was the group that cared enough to plant Slovak-speaking churches to reach him and others like him. Years later, the Church of God affirmed his calling to ministry. The Church of God didn’t marginalize him because he was different; they welcomed him. Maybe that’s the more telling reason he so easily dismissed any temptation to resist female leadership—the church that welcomed him with the message, “You can be anything that God calls you to be” also gave that same gift to women.

For Karl Matas, the Church of God broke down barriers; it welcomed and affirmed everyone that was washed in the blood. Because of that, his cultural heritage was never an issue when it came to women in ministry. Before he came to America, he never met a black person. Yet one of his favorite places to worship was with his brothers and sisters at the National Association camp meeting at West Middlesex, Pennsylvania. For my grandfather, the Church of God was a movement that broke down walls, removed barriers, and welcomed everyone. It was a place where a person—regardless of ethnicity, race, or gender—could become what God called them to be.

But something happened in my lifetime. For the last thirty to forty-five years, the doors that once welcomed women into leadership roles in the church have been closing. Women increasingly are relegated to traditional roles in children’s ministry and administration. The word traditional is ironic because we have moved far away from our tradition of affirming women in leadership. 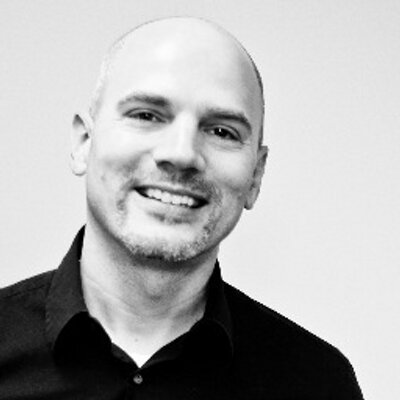 “Not in my neighborhood” is a subtle, but powerful phrase that is often used to effect bigotry and prejudice. “There might not be anything wrong with (fill in the blank), I just don’t want them in my neighborhood.” It is our way to feel good. We don’t have to acknowledge our prejudice, having those people in our neighborhood won’t work here. When it comes to women in ministry, far too many churches in our movement have a “not in my neighborhood” mentality. That way, we don’t have to deny or contradict an essential doctrine of our movement; we take a false utilitarian stance and state, “Nothing wrong with women in ministry or women as lead pastors, but it won’t work in this church.” Sadly, when it comes to women in leadership—especially in a lead pastor role—a vast majority of churches take a “not in my neighborhood” stance.

I can only imagine the emotional trauma this causes gifted women in our movement. If the movement affirms women in leadership, yet no church will even talk to them about open leadership positions, they are tempted to think “something must be wrong with me.”

How did we get here, and what do we do about it?

Reformed theology is pervasive in popular Christian blogs and with young, well-known celebrity pastors. Many of the Christian bloggers that I follow are reformed and they make it a point to drive home their complementarian beliefs. They address the role of men and women on a regular basis. Yet there is relative silence among pastors and leadership who hold a different view—that God doesn’t give spiritual gifts based on gender. Our doctrine comes right out of Scripture, yet we are silent. We need to speak up. We need to preach and teach that God doesn’t limit the gift of leadership only to those have an XY chromosome. It has been said that the church will never rise higher than the pulpit. The reason why so many in our congregations hold a negative view of women in leadership is because the only voices they hear are from those in the reformed tradition. It is imperative that we speak loudly., firmly, and clearly. We as pastors and leaders need to teach our people, because if we don’t, someone else will.

Karl Matas fell in love with the Church of God movement because it welcomed him, it affirmed him as a leader. He gave his life to a movement that broke down manmade barriers and divisive walls. In our increasingly polarized nation, may we once again be the people who welcome, who affirm, who break down manmade walls of prejudice and discrimination. The world desperately needs what we have to offer. May we find the strength and courage to offer it again.