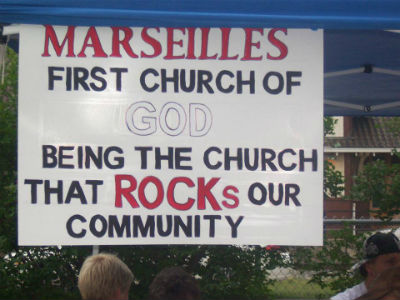 From 17 to 100 in just a few short years, the congregation at First Church of God in Marseilles, Illinois, continues to grow at an unprecedented rate. According to Pastor Brian Hefner, the increase in both attendance and congregational participation was entirely the work of the Lord. “Words can hardly describe what has happened here, but I know this: if we can do it, so can you,” Hefner says. “If you are willing to step aside and let God actually take the reins, it can happen.”

Having served as the senior pastor of First Church for just over four years, Brian is still awed and humbled by what God is doing. “I have never been a part of a congregation where growth was not only expected, but almost demanded,” he explains.

When he first began his ministry, Brian planned to disciple leaders in the church as a means of growing and maturing the congregation, fully expecting his strategy to yield increased attendance. “This isn’t what happened at all,” he says, remarking that his initial naivety now strikes him as humorous. “As I began laying out a plan for the future and a vision we could get behind, God opened the doors and people started to flow in. I didn’t get the hint at first, and found myself treating our new folks as visitors that just happened to be stopping by for a Sunday, instead of serious seekers looking for a church home.” 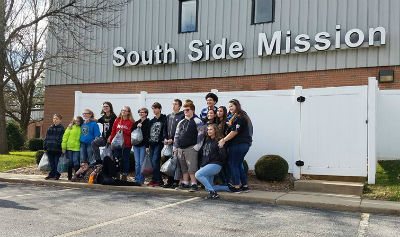 The youth group is on mission for Christ, too!

Brian was also astonished by the way in which his growing congregation pursued their faith and challenged him as a pastor. “They didn’t care if I knew what page ‘Amazing Grace’ was on in the grey hymnal,” he remembers. “They wanted to know if they could come to our church and feel like part of the family from day one.”

As the budding congregation began to flourish, they embodied ministry in an entirely new and unified way. “Walking in the footsteps of Jesus became our battle cry,” Brian says. “Open doors became our policy, and salvation, baptism, and discipleship became our scorecard.”

Although budget restraints proposed occasional problems along the way—especially when the church numbers were still in the teens—the body of believers at First Church continued to be invested in both the ministry and the mission. And the result of their enduring faithfulness has proved itself in dividends. Not only are their financial needs continually met, but their spiritual needs, as well. In the past four years, over 60 members of the congregation have come to Christ and 40 have been baptized. 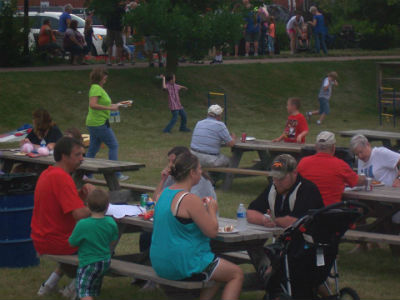 Community event at which First Church was involved.

“If I could place my finger on the one thing that seems to have made the biggest impact on our growth,” Brian says, “it would be this: Jesus really is the subject.” Brian strongly believes that God will continue to grow and bless the First Church congregation as they follow his leading. “We have been a hospital church for some, a rest home for others, a bus stop for a few, but so long as God gives us life, we will be Jesus to all.”

In Marseilles, Illinois, across North America, and around the world, God is on the move in the Church of God. Join the movement. Reach our world. Donate today at give.jesusisthesubject.org.