House Church Reaches Out to Atheists, Agnostics in California

By chogministries
Posted October 12, 2015
In All Church of God, Western
House Church Reaches Out to Atheists, Agnostics in California2015-10-122020-02-29https://www.jesusisthesubject.org/wp-content/uploads/2016/07/ChogLogo-Light.svgChurch of God Ministrieshttps://www.jesusisthesubject.org/wp-content/uploads/2016/07/ChogLogo-Light.svg200px200px 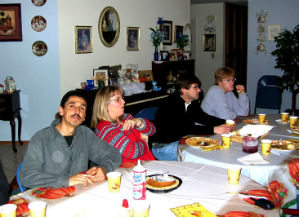 What do you get when you take away the church building, the multipurpose gymnasium, the praise band, the flashing lights, and the giant projection screens? If you gather to worship, teach, and witness to unbelievers, you still have a church. For the atheists, agnostics, spiritualists, and deists who connect regularly with the Church of God in Tracy, California, you’re left with just the kind of church they need. AtHome Church has scrapped the “if-you-build-it-they-will-come” notion for one that’s devoted instead to building authentic, long-lasting relationships with those farthest from the faith.

This is the most rewarding season of ministry Pastor Steve Hilby has ever experienced. He’s dedicated more than forty years of his life to advancing the kingdom, but since his move to the Bay Area of northern California in 1998, he’s never been the same—nor has his ministry. Changing settings gave Steve and his wife Ruthie the opportunity to closely examine their call. One of the conclusions was, “You don’t want to minister to the same people that other churches are ministering to,” Steve explains.

Steve cannot think of one kingdom-oriented reason to try to lure believers away from other churches. There was another group of people he felt called to reach. “We decided that we really wanted to minister to people who hated the church or just felt like it was a complete waste of time.”

Steve and his wife didn’t become experts overnight. Reaching those who have a distinct disdain for Christianity isn’t easy, and there’s certainly no formula. “It was trial and error,” Steve recounts. “We fumbled around a bit and tried some different things. Through the experimentation, we came up with the house church idea.” 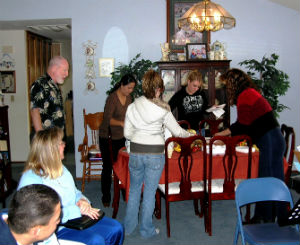 It’s important to know that atheists, agnostics, and those who have been hurt or put off by organized church, often aren’t attracted by the traditional approach to ministry. While everyone is different, Steve has identified some common issues. “Part of it is the media,” he explains. “We get this vision of the church as a hateful, spiteful group of people that insist that everybody has to be just like them, and if not, you’re going to hell. It’s almost gleeful, as if to say, ‘You’re going to get it in the end!’ Whether it is or not, they see the church as being intolerant of gays, of people not like them, of people of other races. They also think the church is too organized. Then they see the pastor of music, the pastor of Christian education, the pastor of youth, the pastor of administration, and they say, ‘Wow. You guys talk about the Holy Spirit, but where is he? It just looks like a business.’”

To get beyond such barriers to Christianity, Steve underscores the necessity of relationship—but not relationships of convenience. “It takes time. You’re not going to have an immediate conversion. We truly become friends. These people are not my project! They know that I want to get them to become Christians, so there’s no hidden agenda—but, our friendship is not contingent upon them coming to church or accepting Christ. I’m not against traditional church, but over time, the kind of people we are trying to reach are the people who actually say, ‘Hell, no, I’m not going to your church.’ We need to reach those kinds of people in a different way.”

In Western culture, instant results are expected. Sometimes the church has fallen prey to such a mindset, but Steve Hilby recognizes that reaching those farthest from the faith takes time—quality time. “We don’t see a lot of conversions, though we do have them,” Steve explains. “But we realize that, in a number of cases, we will be sowers, weeders, and waterers—rather than reapers. We consider this to be a “kingdom thing.’”