When Pastor Nathanael Lyon began searching for needs in his community, he had preconceived notions of how he and his church could help. “At first, I thought homelessness was [the problem our church needed to focus on] in our community.” Instead, he found an unexpected need and partner.

Lyon is the lead pastor of Hope Community Church in Niles, Michigan. His journey searching for community needs began with his involvement in the Chapter 4 Institute (C4). Lyon remarks, “One of the big asks is to embrace the theology of being essential in our community.”

When Lyon began asking around, other leaders said although homelessness was an issue, there was another need in the community that was affecting a great number of families. That led to more conversations. “One of the first steps C4 advises is to go into your community, look up census data, and government figures, and get a feel for your community.” 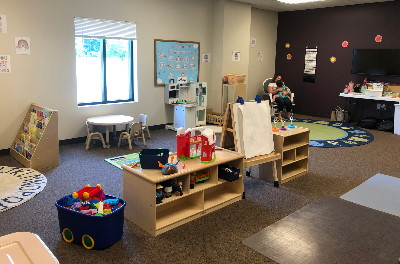 Room at Hope designated for childcare.

He found there were many younger families in the community. One of their major struggles was finding childcare. On top of that, the median income in the city of Niles is $35,000 per household. Even if a family found childcare, it was often unaffordable for them.

His next step was to go to the local YMCA. The director there affirmed that Lyon was onto something. “He showed me stacks of additional data and stats they had collected.” At first, Lyon proposed his church could host an after-school program. But he discovered the YMCA was just ready to open an expanded facility for that purpose.

Instead, the director asked if Lyon and his church would host a childcare program for infants and toddlers. The YMCA would run and administer it. The church would provide the building. After much discussion and planning. Hope Community Church opened the program on June 7.

Pastor Lyon is excited about this next chapter for his church. “This has brought renewed excitement to our church. We have looked for ways to be more connected to our community. With this YMCA partnership, we are engaging with others in new and exciting ways. It has been a totally new mindset for our church.”

The goal is to make this an affordable program for young families. Hope Community is charging only for the extra utilities so lower-income families can afford it. “We really want it to be a ministry and we don’t intend it to be a moneymaker,” says Lyon. 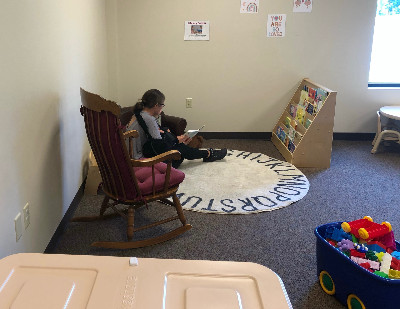 The church is thankful that the YMCA is working with them. “When you become a licensed childcare facility, there is so much red tape and regulations,” says Lyon. Since the YMCA is familiar with the legal and administrative details, it has enabled the church to focus on preparing the facility.

Lyon is also thankful for the staff and congregation at Hope Community Church. “We couldn’t have done this without our associate pastor, Sheryl Blake, and kids’ director, Ariana Grabill.

Looking back, Lyon is amazed at how God has brought this ministry together. “I was killing myself trying to find the need. We made such an emphasis on not being about our building and reaching out to our community. But I found the biggest resource we have in this season of Hope Community Church is the church building. So perhaps the biggest resource you and I have is what our community needs. If it is empty most of the week, why don’t we offer it to our neighbors and work with community partners that already have the plan and a structure in place?”

Learn more about Chapter 4 at www.jesusisthesubject.org/chapter4.

Kevin Spear worked for Warner Christian Resources (formerly Warner Press) and has regularly contributed time and talent to the work of Church of God Ministries. He is a ministry partner with his wife Paula, a family ministry pastor at Catalyst Church in Pendleton, Indiana. 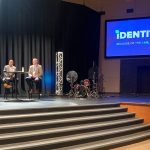 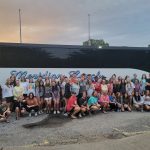