Since the July 2021 assassination of Haiti’s president, the nation has been locked in socio-economic and political instability. Analysts have described the present government structure simply as anarchy. Gang-rule and the collapse of societal structures are contributing to a dire situation on the ground like many have never seen before on the western portion of the Hispaniola island shared by Haiti and the Dominican Republic. Rising costs of everything—including, and especially, medical care—are posing major problems for the St. Ard hospital operated by the Church of God there. Thankfully, Church of God Disaster Relief is committed to coming alongside the medical ministry to bridge the ever-widening gaps between what services cost and what patients are able to pay. 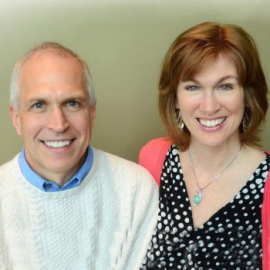 Mark and Kathy Fulton serve as missionaries for Global Strategy to Haiti. Their eyewitness reports to Church of God Ministries have been sobering, to say the least. Though the headlines about Haiti are few and far between in the United States and Canada, the hurt and heartache are very real and very widespread among a people suffering from years of uncertainty, earthquakes, severe storms, and political turmoil. At times, the Church of God hospital has regrettably had to make the excruciatingly difficult determination of who receives medical attention and who does not.

In view of numerous complicated circumstances, both disaster relief and hunger relief are necessary to meet the present and ongoing need. Disaster relief is expected to cover patient care subsidies, while hunger relief is slated to fuel the work of the malnourishment clinic. The work of the Haitian believers who operate these facilities in the toughest of times is truly inspirational. Their appreciation for the support of the Church of God in the United States and Canada cannot be understated.

Funds have been sent to partner with the Church of God in Haiti for both disaster relief and hunger relief. To further equip the local church to respond to hurting families and communities, donations can be made to Church of God Ministries Disaster Relief. Your gift today supports those suffering from socio-economic and political crises in Haiti, as well as other communities where the local Church of God is responding to disasters around the world. Thank you.

Feature (top): File photo of the Church of God hospital in Haiti. 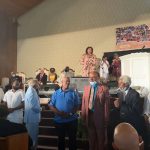 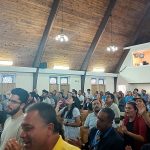