By chogministries
Posted November 25, 2014
In All Church of God
Hope for Ferguson2014-11-252014-11-25https://www.jesusisthesubject.org/wp-content/uploads/2016/07/ChogLogo-Light.svgChurch of God Ministrieshttps://www.jesusisthesubject.org/wp-content/uploads/2016/07/ChogLogo-Light.svg200px200px 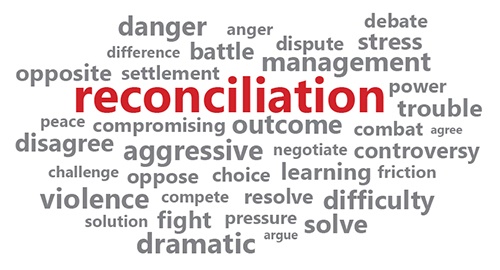 St. Louis, Missouri, is a big city. In many respects, though, it feels like a small city. Its residents are closely connected, even across the many municipalities that makeup the St. Louis metropolitan area. It is no wonder, then, that the shooting of Michael Brown could have such widespread impact. What much of the nation is seeing only through television and social media reports, Miki Merritt, presiding elder of the National Association of the Church of God and pastor of New Cote Brilliante Church of God in St. Louis, is witnessing firsthand. “St. Louis is my home. This is where I grew up.” Merritt goes on to describe the changes in the community since the shooting in August, “My drive to the office brings me through downtown Ferguson every day. You kind of feel like Nehemiah—that the walls of your city are being burned down.”

In the wake of the announcement that there was to be no indictment in the Brown shooting, protests erupted across Ferguson and the surrounding communities. The church is responding in ways that we would expect, like holding a prayer service that included many of the local clergy. The group watched the live broadcast of the announcement from the local prosecutor, prayed together, and talked about how to bring healing to a very difficult situation. “The clergy is doing their best to keep things peaceful. One of the pastors that spoke at the prayer rally brought us a great message…talking about Joseph and how he said ‘you meant it for evil, but God used it for good’” (Genesis 50:20). 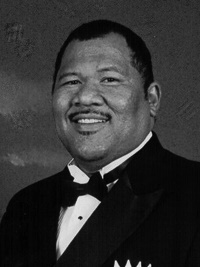 At the same time, the church is conscious of the need to let people know it will not stand idly by. Early this morning, a group of clergy marched in peaceful demonstration, walking through Clayton, where the grand jury meets. Organized events like this, as well as resources for peace and healing in Ferguson, are listed at www.prayingwithourfeet.org. The idea is that being the hands and feet of Jesus is more than just praying.

Churches are lending their voices and insight to discussions with local law enforcement and government on how to move toward reconciliation. “Conversation was happening immediately, back in August, but it will take some time. This was like a scab on the healing that was starting to take place, and, when the decision came down, the scab was ripped off,” Merritt said.

For Merritt, the immediate battle the church is facing is not against man, though the recent events have shined a light on the disparity in the justice system in St. Louis, as well as the unfair treatment of African Americans in a city already known for a stark racial divide. Instead, the real battle is against the community’s feeling of hopelessness. “We know as a faith community that we always look to the Lord, but in the day-to-day, for the people of Ferguson, that is hard.” As Merritt describes, since protests begin after the shooting in August, the people of Ferguson have lived like prisoners in their own community. Local churches and agencies have worked to bring in items to meet basic needs, but the needs are growing. After last night’s violence and unrest, the schools have been shut down. This means that parents who still have to go to work have few options for where to take their children. Many churches have opened their doors to feed and care for these children during the day.

In the wake of tragedy, there has been a bright side that cannot be ignored. St. Louis has witnessed the emergence of young leaders, who are putting their hands and feet to work in restoring peace and order around the community. There is a spirit of help and encouragement as people come together to support one another.

Above all, the people in Ferguson and the surrounding communities need our prayers and support as they seek to be the hands and feet of Jesus through healing and change. Merritt asked first for prayers for the Brown family. “At the end of the day, even if there had been what we would call justice, it wouldn’t bring their son back.” He also asked the Church of God to pray for healing, for reconciliation, and for a spirit of agreement. “St. Louis has already been described as one of the most racially polarized cities, and, certainly, this hasn’t helped.”

What else can we pray for? “Pray for peace. Pray for the families, civic leaders, and clergy. Pray against a spirit of violence. Pray that tonight doesn’t happen like last night. Pray that the worst is behind. Finally, pray that the people will stay encouraged.”

In a very tangible way we, the larger church, may also be called upon to help.

As the community heals, Miki Merritt and the other clergy will assess the need for resources. But, for now, there is hope. “God’s about the process,” says Merritt. “The best deliverance he does is when we’re still in the fire. We’re leaning on him, trusting, and following his lead for what we need to do in the midst of this.”