Honoring the Life and Legacy of Phil Fair

By chogministries
Posted October 20, 2014
In All Church of God, Colleges & Universities
Honoring the Life and Legacy of Phil Fair2014-10-202014-10-20https://www.jesusisthesubject.org/wp-content/uploads/2016/07/ChogLogo-Light.svgChurch of God Ministrieshttps://www.jesusisthesubject.org/wp-content/uploads/2016/07/ChogLogo-Light.svg200px200px 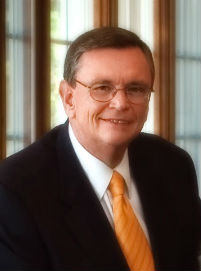 It is with sadness that we inform you of our former AU colleague, Phil Fair, who passed away late last evening. As many know, Phil significantly contributed to the Anderson University community for many years including roles as Director of Admissions and Director of Advancement Services, to name a few areas, before he and his wife Betty Fair moved to Oklahoma City.

Our residence hall, Fair Commons, located on the east end of the university campus honors Phil and Betty as well as Phil’s parents, Denton and Aline. Arrangements will be shared as soon as this information becomes available. We are deeply thankful for this family and we lift them in prayer.

The Church of God will no doubt long remember Phil Fair and his legacy of love and commitment to the advancement of the kingdom of God. In addition to his service to Anderson University, we will also remember his contributions to Christians Broadcasting Hope (then Christian Brotherhood Hour) beginning in the late 1960s. Then in 1974, Fair began serving as executive director of the Radio Commission of the Church of God, which would become part of the Mass Communication Board under the General Assembly in 1976.

Phil Fair touched the lives of countless individuals and his legacy will last. Please remember his family in prayer.