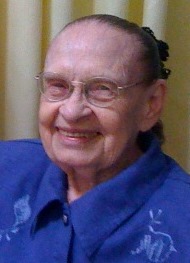 Elvira Englund Firestone, pioneer missionary to Bolivia, passed from earth on September 20, 2014, in her home in Santa Cruz, Bolivia at the age of 95.

Born and raised in the U.S. state of Missouri, Elvira arrived in Bolivia in 1946 with her husband Homer Firestone, who had survived a nearly fatal attack of appendicitis during the voyage by sea. The Firestones went on to plant the Church of God Holiness in Bolivia, an indigenous “people movement” that would eventually outgrow its mother church in the United States.

In 1963, a small storefront church in Oruro invited the Firestones to join them in evangelizing the Aymara and Quechua-speaking rural communities in the surrounding Altiplano region.

From this modest beginning grew the Association of the Church of God Reformation, which today counts approximately twenty-thousand members meeting 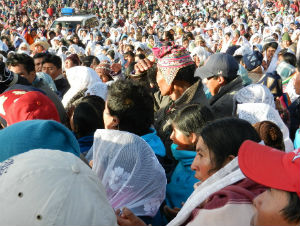 in nearly three hundred congregations. It is recognized as the largest national church in Latin America affiliated with the Church of God movement.

Homer, who was also a licensed family therapist, died of cancer in 1996.

Elvira held a bachelor of science in nursing. While working as tent-makers in the 1960s, she and Homer founded El Libertador Clinic in Cochabamba, offering chiropractic treatment and family therapy services. 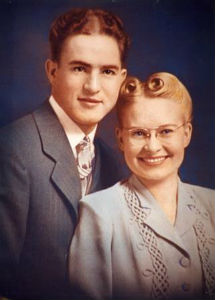 Friends who wish to send messages of condolence and encouragement to the Firestone family may do so via e-mail at web@latrompeta.org.

This article was originally published in La Trompeta, a Spanish-language publication of the Church of God. Republished by permission. Learn more about Church of God missions at www.CHOGmissions.org.