By chogministries
Posted January 14, 2019
In All Church of God
Historical Account of Danish Missionary Captured in New Book2019-01-142019-01-14https://www.jesusisthesubject.org/wp-content/uploads/2016/07/ChogLogo-Light.svgChurch of God Ministrieshttps://www.jesusisthesubject.org/wp-content/uploads/2016/07/ChogLogo-Light.svg200px200px 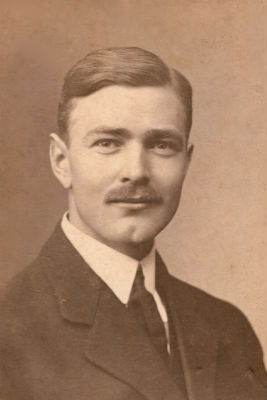 Simon Jacobsen, a Christian historian and author from Denmark, has recently published a book capturing the history of one of the first two Church of God missionaries to Denmark, Morris C. Johnson. Two years after surrendering his life to Christ at the age of sixteen at a Church of God congregation in the United States, he accepted a call to missions. Since his grandfather had immigrated to the U.S. in 1872 from Denmark, Johnson vowed that he would return to the Scandinavian country of his ancestry. The influence of Johnson’s work, beginning in 1910, was thereafter extensive yet, until now, accounts of his impact for the Church of God—and the kingdom—have been scant, at best. Thanks to months of diligent research across national borders, through the Church of God Archives at Anderson University, and with Church of God Ministries, Simon Jacobsen has chronicled the unique story of Morris Johnson’s life—one of drama, adventure, conflict, and Spirit-fueled perseverance. 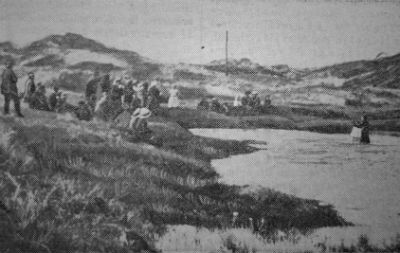 Johnson’s evangelistic fervor ultimately led to countless conversions, baptisms, and the establishment of Church of God congregations, but it was certainly not welcomed by all. Unitarian pharmacists are recorded to have written libelous articles in Danish newspapers, claiming that Johnson was not only a Mormon preacher, but also that he took money from the church and baptized naked women. Furthermore, the owner of a local inn became upset after locals chose to attend evangelistic meetings held by Johnson instead of going to the inn for a drink and dance. The innkeeper’s cousin drafted a letter calling Johnson a white slave trader.

Not surprisingly, the police got involved, not only across Scandinavia, but in the United States, as well. Danish police reportedly wanted this Church of God missionary expelled from their country. At the very least, when Johnson would return to the United States, the authorities would be “aware” of the allegations against him. After only three years of missionary work in Denmark, these initial complications saw some resolution when the Danish Prime Minister at the time announced he found no legitimate cause for expulsion. 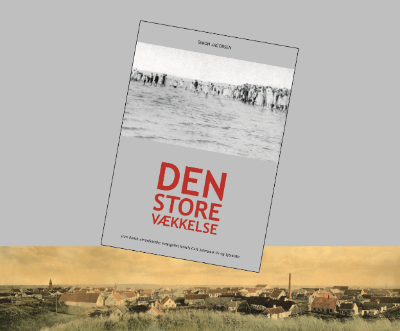 Cover of book about Morris Johnson.

On home assignment, Morris C. Johnson crisscrossed several states with the gospel. The drama of this little-known Church of God missionary continued to unfold as he was ostracized by some in the Movement who expressed nonconformity with doctrinal teaching regarding end times. Nevertheless, this bold character persisted, following the Spirit’s leading alone, and finding himself connected with Moody’s revival movement and the Christian and Missionary Alliance. Before the Lord called him home at the relatively young age of fifty-seven, Johnson would end up serving ecumenically for many years in the United States, including in Racine, Wisconsin, and Los Angeles, California. To this day, the Calvary Memorial Church in Racine, Wisconsin, has a prayer chapel named after Morris and his wife Rose.

The little-known story of Morris C. Johnson is marked by intrigue and would fascinate the avid historian, the prospective missionary, and even the person-in-the-pew. The problem Simon Jacobsen faces today is that only some of the book, complete with more than 200 old photos, has been translated into English. The author is actively looking for anyone who might be able to help him publish the book in the United States. To reach out to Simon, please send him an e-mail: simon@besaved.dk. By e-mail or via his website (www.besaved.dk), you can also purchase the book for $38, plus shipping. An electronic version of the book is also available for only $15. 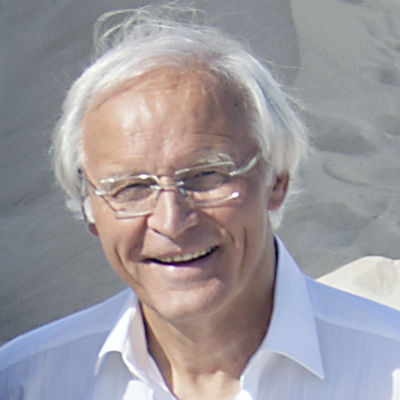 About the book’s author: Simon Jacobsen, former head of the Christian global network GOD TV in Scandinavia, has pioneered Christian television for seventeen years in the Nordic countries and studied theology for four years, acquiring a thorough knowledge of Christian revival. He has written about the Reformation, past revivals, and general history. His bestselling book God’s Gift for You has led to 48,000 copies printed in Danish, Norwegian, Swedish, and Spanish.